It takes a relentlessly curious mind to turn the cold science of space travel into pulse-pounding fodder for a tick-tock thriller. Just as it takes a hopeless romantic to find poetry in dialogue stuffed with words like “TPI backup” and “3355 on Number 2.” And it takes a calculating, almost unforgiving master of storytelling to make the vast, unending wonder of outer space seem so magnificently, crushingly small.

With his Neil Armstrong biopic First Man, Damien Chazelle proves to be all of these people and more. Nothing in the director’s filmography – not the low-budget musical whimsy of Guy and Madeline on a Park Bench, nor the furious cynicism of Whiplash or the ultimate dreams-die-best-in-Technicolor melancholy of La La Land – offers a hint of the urgency and sheer power of this, Chazelle’s first true epic. It is immersive, engaging and dizzying filmmaking – work that may live in the imagination for as long as Armstrong’s walk on the moon has.

If all the above sounds overwrought, it’s only because I’m trying desperately to not fail the film. Attempting to critique a perfect piece of art in any medium – and First Man is, with perhaps a microcosm of exception, a four-star masterpiece – requires a profound sense of hubris. When a filmmaker has accomplished the impossible, there’s an immense and ultimately insurmountable responsibility placed on a reviewer to not only honour what has been produced, but to avoid mucking up that glory. It was a dilemma I faced two years ago with Chazelle’s last film, but the pressure and the burden feels only higher this time, so skilled and awe-inspiring is the work.

A movie about Armstrong may not sound like a revolutionary act, given the widely accepted facts that a) the taciturn astronaut was the least-charismatic person to ever fly a rocket and b) the canon is filthy with space-travel movies. Yet Chazelle’s drama is far from a traditional beat-by-beat biopic – we don’t see an adolescent Neil dreaming about the stars, nor is there any mandatory check-list of Major Life Events.

Instead, we’re introduced to Armstrong (played by Chazelle’s La La Land leading man Ryan Gosling) in 1961 as he’s piloting one of the first flights of the X-15, a hypersonic rocket-powered aircraft that reached the edge of outer space. Some directors might have captured such a moment with wide, majestic shots – behold the power of humanity’s determination to test its natural boundaries, etc. Chazelle treats the exercise like a horror movie with tightly framed, claustrophobic shots, the look on Gosling’s face an impenetrable mix of icy cool and deep-seated terror. Instantly, Chazelle subverts the expectations of a moon-mission movie; First Man will be a ride, sure, but as intense and unforgiving as the one its historical subjects also endured, to eventual transcendent effect.

With the exception of a grandly meditative finale on the lunar surface – shot in IMAX, resulting in a series of astounding images – most of First Man’s action is captured on 16mm and 35mm film with hand-held cameras, for a gritty you-are-there-even-if-you-don’t-want-to-be sensation. The wave of nail-biting tension Chazelle rides throughout the film, from that initial X-15 flight to the various missteps of the Gemini and Apollo missions, is deliriously effective, to the point where even set-in-stone history seems up for grabs. We all know how Armstrong’s story ends, but Chazelle, working from a scorching screenplay by Josh Singer, expertly underlines just how deadly a game American scientists were playing.

“You’re a bunch of boys; you don’t have anything under control!” Janet Armstrong (Claire Foy) curses at her husband’s NASA minders during one point, and you have to believe that while making First Man, Chazelle and his collaborators were just as shocked at how dangerous Houston’s operation actually was.

To put a face to that turbulence, Chazelle finds the perfect avatar in Gosling. His Neil Armstrong, all steel and dedication, may strike some audiences as overwhelmingly cold. But the actor is also an expert at layering suppressed emotions underneath chilly exteriors (see Drive, The Place Beyond the Pines, Blade Runner 2049, even Only God Forgives) and uncoiling in the subtlest of fashions. Early in the film, Neil and Janet lose their young daughter Karen over a series of quick scenes that initially paint Armstrong as emotionally stunted, even callous. Yet toward First Man’s end, in an ingenious moment that pivots on a metaphor that might not have worked in lesser hands, Gosling reveals the depths of Armstrong’s pain, and how the burden of carrying such a weight can make or break history.

As his dedicated but skeptical wife Janet, Foy matches and often exceeds Gosling. It’s a remarkable feat not only because the actress doesn’t get nearly as much screen time as her on-screen husband, but because she’s also crowded by a wealth of fantastic hey-it’s-that-guy character actors going to the hilt as various NASA honchos (Kyle Chandler, Jason Clarke, Shea Whigham, and a dozen more who will make you race to IMDb). If there’s more footage of Foy on Chazelle’s cutting-room floor, the least he could do is stitch together a separate short film of her searing, unforgettable work.

Despite First Man’s top-to-bottom excellence – if my Earthbound space were unlimited, I would lavish 1,000 words each on Justin Hurwitz’s beautifully hypnotic score, Corey Stoll’s cocky Buzz Aldrin, and the final 30-second scene between Gosling and Foy – I fear for its eventual reception. Not only because it may strike some as more viscerally uncomfortable than the sanded-down work of, say, Ron Howard’s Apollo 13, or because Gosling and Chazelle are playing a long game here, rather than offering quick and easy sentimentality.

Mostly, I’m afraid of the large contingent of know-nothings who are aiming to campaign against First Man on the grounds that it is “un-American.” When the film debuted at the Venice Film Festival this past August, a controversy of idiotic proportions erupted over Chazelle’s decision to not film the American flag being planted on the moon. (While the act isn’t depicted, the flag is visible in several moon-based shots, and the movie is overall rich with the stars and stripes.)

Despite not actually watching the film, U.S. Republican Senator Marco Rubio tweeted that the movie was “total lunacy. And a disservice at a time when our people need reminders of what we can achieve when we work together.” If Rubio and his Make America Great Again cohorts ever bother to view the film, they will realize that the power of “working together” is exactly what Chazelle and First Man are advocating.

Dreams can be terrifying, even deadly. Yet if we can be fearless, not just on our own but with like-minded and strong-willed and unrelenting collaborators, perfection is possible. 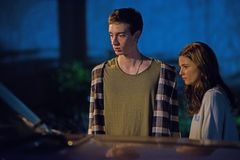 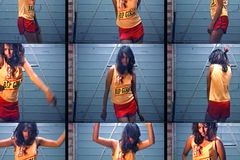 Film Review
Review: The Sisters Brothers is a my-brother’s-keeper melodrama, except when it’s a violent comedy
Subscriber content
October 4, 2018 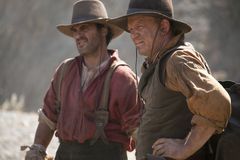