Anyone who takes seriously the American screenwriter (Taxi Driver, Raging Bull, The Yakuza) and director (Blue Collar, American Gigolo, Affliction) Paul Schrader’s claims to genuine auteur status is likely to receive First Reformed as the observant might a sacrament: as a rite, a blessing, a gift.

Schrader casts Ethan Hawke (who, occupying nearly every frame of the film, is severe and superb) as Reverend Toller: a grieving, sickly, suicidal, spiritually thirsting man of the cloth who tends to the small parish of the titular First Reformed Church. It’s a boutique chapel visited mostly by bored-looking tourists. Following a meeting with an environmentalist who forecasts a bleak future for our planet, and facing down a widely publicized reconsecration of his historic church (“just a bunch of rich guys patting each other on the back,” he calls it), Toller succumbs to a crisis of faith.

In a world assailed by environmental destruction, capitalist exploitation, garish megachurches, and affable youth pastors with scriptural tattoos, Toller sees desperation (“the blackness,” he calls it) creeping in. Stricken by terminal stomach cancer, and unable to ease his despair, Toller hatches a plot to self-detonate during the reconsecration ceremony, with the aid of an ad hoc suicide vest. “Every act of preservation is an act of creation,” Toller writes in his journal. He either maintains that his spiritual-ecoterrorist martyrdom will preserve the sanctity of his church, or has tipped even further, coming to believe that destruction itself can constitute a creative act.

The story of an isolated man asserting himself through violence is ground well-trampled for Schrader. What makes First Reformed a consummate work in his filmography is its articulation of what the filmmaker has termed “transcendental style”: a form of spiritualist cinema whose practitioners, per Schrader’s extensive writing on the subject, include the likes of Yasujirō Ozu, Carl Theodor Dreyer, Andrei Tarkovsky and Robert Bresson. Although Schrader has experimented with this style in the past, First Reformed constitutes his most sustained exploration of the effects of restraining form, minimizing emotion, and exalting the mundane and the spiritual in equal measure.

Yet this triumphant piece of pure-drip intellectual cinema poses problems for anyone eager, even desperate, to take Schrader seriously as an artist. First Reformed’s laborious efforts to situate its maker in a genealogy of god-tier film artists, apart from being just slightly arrogant, undermines his claim to that very artistry. Indeed, First Reformed scans in places like a sideways remake of Bresson’s Diary of a Country Priest: from the protagonists’ journalling and shared stomach ailments, to their diets of bread and booze, to Schrader’s outright pilfering of lines (“When writing of oneself, one should show no mercy,” and so on).

But of what use is a film that traces over Bresson, when we already have Bresson? Is First Reformed not a mash-up of its maker’s longstanding intellectual and artistic preoccupations, an Essential Art House answer to a blockbuster nostalgia patchwork like Ready Player One? It is only when the film escapes the rigour of its style (as in one sequence that sees Toller and a young woman played by Amanda Seyfried floating across a series of screensaver-ish backdrops) and embraces its truly Schraderian vulgarity that it transcends its various ascetic-aesthetic debts.

Ironically, given the deliberateness of its style (the static medium shots, the boxy framing, the placid editing rhythm and absence of music), First Reformed distinguishes itself from its spiritual forebears more in its content than its form. In critiquing the unholy amalgam of religion and capitalism, and the abandonment of the Christian mission to serve as faithful stewards to God’s creation, the film is at once powerfully universal and vaguely urgent – which is about as much as one could ask from a piece of serious art.

First Reformed may well be the ultimate auteur object for Schrader apostles. But ultimately its sheer archness reveals Paul Schrader as a gifted and deeply persuasive evangelist of the transcendental style – if not quite a canon saint.

Film Review
Review: In Kayak to Klemtu, Zoe Hopkins addresses a complicated issue with a light touch
May 25, 2018 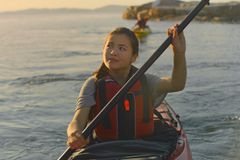 Film Review
Review: Birthmarked fails to live up to its promising premise
May 24, 2018 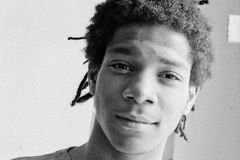