There is something admirable about a film for children that does not attempt to entertain adults. Focusing on its intended audience, concern is less for a universal crowd-pleaser but for kids alone, giving them something that they don’t have to share with their parents. While Racetime, the animated sequel to 2015’s Snowtime (itself an update of the 1984 French-Canadian film The Dog Who Stopped the War), does just that, its care for its target audience does not always hit the mark.

In the new film, a large, tight-knit community of youths participate in an annual sledding competition, always won by nerdy inventor Frankie. When Zac, a new boy from out of town, wins the race by cheating, a rivalry bubbles up, culminating in an epic rematch. We watch as Frankie and Zac scheme for their wins, spy on each other and, ultimately (and saccharinely), learn that friendship is greater than any sledding trophy.

A simple storyline with a positive moral, the film’s basic plot is still just that: basic. Although Racetime is incredibly capable in its sweetly depicted drama, the film remains predictable, with any attempt to generate some suspense (or at least uncertainty) falling flat. We know Frankie will win his race, because, as we are often told, cheating doesn’t win. We know everyone will end up happily as the best of friends, despite unresolved mistrust and passionate hatred, because the power of community is emphasized throughout the film. Laying out conflicts and resolutions in the most explicit terms, Racetime gives no space for complexity or the satisfaction of interpretation. The film’s humour is likewise flat, relying on slapstick and fart jokes, which feel tacked on rather than organic, as though the film had a comedy quota that simply had to be met.

While the plot is bare-bones simple, the film is chaotically overstuffed with a massive cast of characters, with only two or three, beyond the protagonists, being semi-formed. Their subplots (a romance, a lost puppy, a singing career) are contrived and sappy, a grab for emotions in an otherwise bluntly straightforward film. Racetime reaches its goal of laying out these melodramatic story lines in the most accessible way, if nothing else.

Yet the issue is that a film can be accessible for children without being dumbed down. It is refreshing to see a film that wants to be just for young people: The idea of kids having something for themselves, not for their older siblings or parents, is commendable. While Racetime is never focused on entertaining adults, it does not necessarily excel as a work for children either, resulting in a film that is definitely kid-friendly, but also unsophisticated. So easily formulaic, its only spontaneity is in non-sequitur moments (jokes that don’t quite fit, musical sequences for no reason) that don’t bring the film to life, only add to its uncomfortable absurdity. While the film can boast, at least, beautiful detail in the animation, a number of successfully cute characters and an easy viewing experience, it achieves only a middling end product.

Racetime is unfortunately condescending; it would have done well to give more credit to its audience. 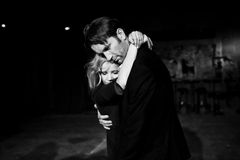 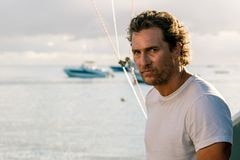 Film Review
Review: The Kid Who Would Be King proves the pen of Joe Cornish is mightier than the sword in the stone Subscriber content
January 18, 2019 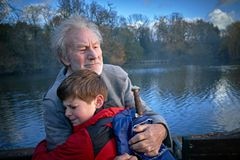