What terrifies you the most? The most common answer might be snakes. Or clowns. Or – to crib from my son’s current obsession, The Lego Batman Movie – snake clowns. Scary stuff, all.

For filmmaker Ari Aster, though, the scariest thing in the world is family. Or, more specifically, a family changing.

“All my worst fears revolve around family. A family member dying, or turning on you,” the director said during a recent interview with The Globe and Mail. “Or, alternately, me doing something to inadvertently harm someone I love, and having to live with the guilt of that.”

Aster’s new film Hereditary is a horror movie – a terrifying, pitch-black kind of horror movie that takes up residence in your mind for days, even weeks later – but it is also a family film. It is fascinated with the ties that bind us and the fissures that divide over a period of years, decades, generations. It is a film that will both feel familiar in its sheer discomfort – who hasn’t dealt with “difficult” relatives before? – and completely foreign in the unexpected darkness it dissects. In short, and not to spoil its own title, Hereditary will make you rethink the entire concept of bloodlines.

The film opens with the Graham family burying their matriarch, Ellen – a woman who daughter Annie (Toni Collette) mourns in an unusually caustic fashion, bemoaning her “strange rituals” and distant demeanor over the years. That would be underselling it, as we come to learn just how disturbing an influence Ellen had on her brood. The only person who seems to genuinely miss Ellen is Annie’s grade-school daughter Charlie (Milly Shapiro), and she has a nasty little habit of cutting the heads off neighbourhood birds. Things are slightly more normal for Annie’s husband, Steve (Gabriel Byrne), and her son, teenage stoner Peter (Alex Wolff), but underneath their workaday suburban existence lurks something menacing.

In short order, a shocking accident destroys the Grahams’ already fragile family dynamics, paving the way for Annie to experiment with the supernatural. And then, quite literally, everything goes to hell.

The less audiences know about the exact turning points of Aster’s script the better. While anyone who’s seen The Exorcist or Rosemary’s Baby can see where Aster’s influences lie, it is quite another feat to predict just where his narrative instincts will swerve. (A single hint: Keep a careful eye on that opening funeral scene, especially one shot in the background as Charlie stares at Ellen’s casket.)

For his debut feature, the writer-director shows remarkable constraint and control over his vision. No shot seems wasted, the editing is a sturdy and linear rebuke to the quick-cut madness that’s infected so many recent genre films, and the sound and set design are meticulous and spare. It all adds up to a deceptively simple display of discipline that allows the film to be all-consuming in its terror. No one would willingly be part of the Grahams’ world, yet it is difficult to turn your head from it. Even your ears feel held hostage. As the family destroys itself from the inside out, the ugliness is immersive and addictive.

A good deal of acclaim should be directed to Collette and Bryne, two industry veterans who deliver performances so layered and lived-in that they demand immediate reassessments of the actors’ entire filmographies. (Although Collette does have an unfair advantage, having previously played mothers dealing with ghostly family matters in The Sixth Sense and Fright Night.)

When Hereditary premiered at the Sundance Film Festival this past January, audiences crowned it the scariest film in a generation. That hyperbole is typical of the high-altitude and hot-house Sundance environment – apparently no one’s seen Pascal Laugier’s Martyrs or Ben Wheatley’s Kill List, save Aster himself, who’s borrowed lightly from both. And there are a few elements here that grate, such as Annie being an artist who specializes in miniatures, an obvious metaphor for exercising the control she lacks over her own life.

By the time Hereditary reaches its final minutes, though, and Aster’s intentions are made naked, there is no point in quibbling. You will be too scared to think of anything other than the madness unfolding in front of you.

Hereditary proves the horror genre has new ways to scare you to death
June 7, 2018 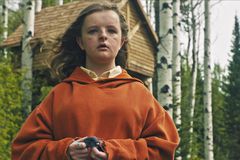 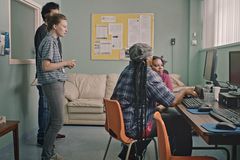 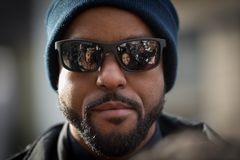 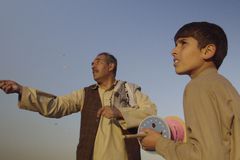