The issue addressed in Kayak to Klemtu is not a simple one, yet Zoe Leigh Hopkins’s drama is thoroughly uncomplicated. It is a journey from A to B, storytelling 101 – a soulful gesture free of artifice and grandiosity. That it comes with activism attached is not a bonus, but its very point.

The film stars North Vancouver’s Ta’Kaiya Blaney, a teenaged singer and First Nations activist. Here she is Ella, tasked with testifying 500 kilometres up the B.C. coast at a community hearing in Klemtu on the matter of oil tankers passing through territorial waters. She is doing so in the place of her late Uncle Bear, an activist who served as her guide – and continues to do so, posthumously, in a spiritual role.

It’s Ella’s notion to kayak her way to Klemtu and scatter her uncle’s ashes along the way. The trip by water is her way of “getting to know the territory.”

The film’s territory comes with melodrama and an idiosyncratic cast of characters along for the ride, all on their own personal journeys. Hopkins gives us the lay of the land early on, letting viewers know the station in life of the three other paddlers: Uncle Don (Lorne Cardinal), the cranky brother of Uncle Bear and an initially reluctant participant whose wisdom and outdoor skills prove invaluable; Aunt Cory (Sonja Bennett), Uncle Bear’s quirky, non-Indigenous widow, who won’t allow herself to grieve for her late husband; and her son, Alex (Jared Ager-Foster), a sensitive, blond and blue-eyed 17-year-old who is emotionally adrift in the city and longs to return to Klemtu, where he grew up.

So off they go. Bad oysters cause gastrointestinal upset. Family and money issues produce distress. The weather is bad for a stretch. The wind and rain will blow over, but will the family’s problems? It’s a sombre, unsentimental race against time crafted by Hopkins, whose hand is not heavy. Her film is set against lovely scenery, with an unobtrusive soundtrack and lightly comic moments.

Whether Ella will make it to the environmental hearing on time is only ostensibly in doubt. The real question is whether she’ll know what to say once she gets there. If she is unsure of herself, however, the viewer is not.

As for Hopkins, what about her message? At the beginning of the film, Uncle Don (in full curmudgeon mode) spits when he talks about environmentalists, calling them patchouli-wearing “bean-juice drinkers.” He doesn’t use the word “alarmists,” but many others have.

Days after principal photography for Kayak to Klemtu wrapped, a tugboat pushing an empty American fuel barge ran aground near the director’s home community of Bella Bella, B.C., where several scenes were shot. Fuel spilled onto clam beds.

Families grow apart. Ships drift. Blood is thicker than water – and so is oil. Cleanups are hard; prevention is easier – so goes Kayak to Klemtu, Hopkins’s worthwhile testimony.

Film Review
Review: Nobody Famous is just about the right title for this wan comedy
May 24, 2018 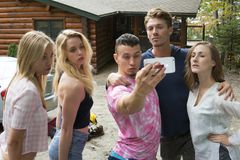 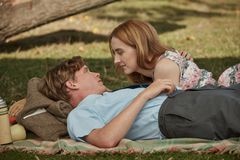 Film Review
Review: The Gospel According to André digs beneath Talley’s carefully curated image
May 25, 2018 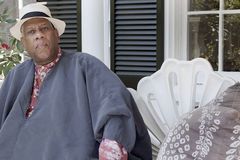