Imagine if Instant Family were directed by Judd Apatow.

It’s got a premise straight from the Apatow dramedy playbook – Pete and Ellie (played by Mark Wahlberg and Rose Byrne; he’d keep Byrne but swap Wahlberg for Paul Rudd or John Cena) play a bored, middle-aged married couple who’ve made a comfortable living renovating and flipping houses. After realizing there’s something missing in their Pottery Barn-laden lives, they decide to adopt a Hispanic teenager named Lizzy (a captivating Isabela Moner). When the adoption agency tells them she comes with two younger siblings, a clumsy prepubescent named Juan and a bratty toddler named Lita, they move them all into their perfect yuppie homestead, turning their once complacent lives into chaos.

Now our childless couple is forced to learn on the job, lacking the parenting skills necessary to raise one child, let alone three who are products of the foster-care system. Add in a few F-bombs and improvised comedy bits repeating obscure pop-culture references ad nauseam and Instant Family could easily find a home in the Apatow canon alongside Knocked Up and This Is 40. (Working title: That Was 40, These Are Diapers.)

Instead, the comedy auteur behind Instant Family is writer-director Sean Anders, of Horrible Bosses 2 and the Daddy’s Home franchise. It’s a very different movie in tone: safe and treacly, but overpoweringly open-hearted. Any comedic edge is owed to the doors Apatow once opened, although Anders fails to achieve the same level of neurosis and warmth from Byrne and Wahlberg, who can appear in scenes like bobble-headed Bratz dolls.

The movie also has terrible sound design and is shot like a Hallmark movie on an overcast day, but let’s focus on the positives!

Instant Family is an emotionally intelligent studio comedy about the making of a mixed-race American family, the kind which would make any Donald Trump supporter eat their MAGA hat. And the source material comes directly from the filmmaker’s own life. By the time Anders and his wife realized they wanted kids, they feared they’d be the oldest parents on the playground. He joked how nice it would be to start off with a five-year-old, and eventually they became the proud parents of three adopted children.

Every year in Hollywood, hundreds of broad family comedies are focus-grouped to death with more consideration given to their poop jokes than to their character arcs. (Anders’s hateful Daddy’s Home franchise is one of the worst offenders.) Instant Family has its heart in the right place within a genre that has set the bar low.

Finally documenting his own lived experience instead of Mel Gibson parroting dead-hooker jokes, Anders can give his leads great, revealing dialogue as they psych themselves up for the challenge of adoptive parenting, like: “There used to be a stigma about getting dogs from the pound … now they’re called rescues and everybody loves them!” The couple is self-aware enough to question their own motives, and since it’s 2018, their kids are smart enough to call them on their white privilege. Lines like, “You’re just a white lady who wants to adopt little charity cases to feel good about yourself” rightly sting, and climactic hugs and smiles are sometimes earned. Everyone gets paired with a terrific supporting cast, which includes Margo Martindale, Octavia Spencer, Tig Notaro and the biggest what-the-hell Joan Cusack cameo in film history.

There’s a lot of conflict in creating an instant family, but instead of investigating the kids’ experience in entering a living situation they’re unfamiliar with, and lives outside of Pete and Ellie, the movie can only side with the parents’ sense of entitlement. They are so offended by their kids’ bad behaviour (which includes a gross and unnecessary sexting subplot between Lizzy and the high-school janitor) they rarely bother to ask why. And so any emotional breakthroughs are of the “two steps forward, one step back” variety.

The film’s best, most subversive scene (exhibiting the same domestic toxicity Apatow built his career on) sees Pete and Ellie lying on their pillowy bed, trash-talking their children and fantasizing about what their lives would be like if they could just return them to the agency. It’s thrilling to see two likeable people be so self-centred. Proposes Pete: “We squirt out a few tears and we get our house and date nights back.” Admits Ellie, “It feels like we’re babysitting someone else’s kids.”

Instant Family does not have a subtle central metaphor. Pete and Ellie fix up houses, not foster children, and so they must learn how to build a new foundation for their family of intimacy and trust. Their new teenage daughter has anger problems, so Pete takes her to the house they’re renovating and urges her to bash in the drywall with a hammer, literally breaking down her emotional walls. At two hours, Instant Family is shorter than a Judd Apatow joint but far less funny or complex. It’s Sean Anders’s best movie. 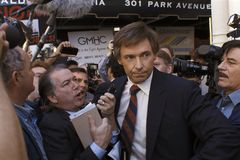 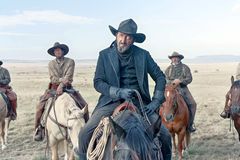 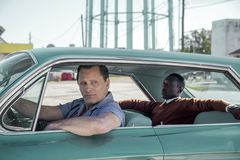