There’s an oddly orphaned scene toward the beginning of The Upside, a comic drama about a rich white quadriplegic named Phillip and his caregiver Dell, a black parolee. Newly introduced to the household through a misunderstanding about a job posting, Dell tries out the high-tech shower in his quarters. It’s voice-activated, only speaks German and soon douses him with a monsoon. In other words, the bit is straight physical comedy, played for easy laughs.

If that feels out of place, it’s because, in moving the French hit The Intouchables to an American setting, The Upside has gently toned down the yuks. Adapting the French script by Éric Toledano and Olivier Nakache, writer Jon Hartmere and director Neil Burger smooth over the more stereotypical elements of this mismatched pair, turning the story into a tasteful buddy pic. Sure, it’s formulaic and only mildly funny, but it does rise above the obvious problems with its source material, a film based on the true story of French aristocrat Philippe Pozzo di Borgo and his Algerian caregiver Abdel Sellou. Credit for this subtler take on the story goes not only to Hartmere and Burger but also to the finely tuned performances turned in by Bryan Cranston as the paralyzed Phillip and Kevin Hart as the crass caregiver who jolts him out of depression. (They are quietly backed by Nicole Kidman as the unhappy millionaire’s equally repressed business manager.)

When The Intouchables made it across the Atlantic, its massive European success left many North American critics scratching their heads. Several denounced it outright, pointing to the tired trope of the magic black man rescuing the uptight white guy and objecting to the depiction of the caregiver as wild and uncouth. In particular, a scene where the caregiver interrupts a staid party with his hot dancing seemed to trade in painful stereotypes. Hartmere and Burger mostly follow the French script scene for scene, but here the change from chamber music to hip-hop is more mutual than in the original, and Dell draws everyone on to the dance floor less awkwardly.​ Similarly, when he guffaws at the opera, his interruption is less embarrassingly disruptive.

In a season marked by the success of Green Book, it’s worth noting how much space The Upside makes for Dell’s journey. Green Book’s main use for an intriguing black character – the pianist Don Shirley – is to awaken its white protagonist to the evils of racism. On the other hand, The Upside crafts a plausible emotional line for Dell. His contact with Phillip awakens his empathy, so he can begin to reconnect with the son he barely knows. That is nicely summarized in a moment when he unconsciously wipes ice cream from the boy’s face, just as he has learned to wipe his employer’s mouth during meals. Hart, known right now as the mouthy comedian who won’t be hosting the Oscars, moves into this dramatic territory with warmth and delicacy.

Meanwhile, Cranston captures Phillip’s despair, anger and exasperation with an eyebrow here or a grimace there in a deeply felt performance as a sharp and difficult character. The film has been criticized for not casting a disabled actor in the role, and, of course, it passes quickly over the practical realities of Phillip’s condition – aside from overly prolonged joking about his colostomy bag. And yet, on its way to its predictably heartwarming conclusion, it does make you think about Phillip’s plight.

There’s a scene toward the end in which Phillip goes on a blind date that summarizes the ups and downs of The Upside. The gracious and beautiful librarian with whom he is lunching relates a painfully symbolic children’s story about a circle that is missing the section that will make it roll. But just when you want to gag, the tone shifts, the camera focuses on a plate of uneaten meat, and you watch in dawning horror as the apparently sympathetic woman forgets to feed Phillip his meal.

We can safely assume that Hollywood is only wrestling with the difficulties of telling this story because it wants to cash in on a boffo formula – and that struggle is by no means successful – but it is interesting to watch and wonder whether sentiment or sensitivity will win out in The Upside. 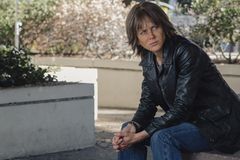 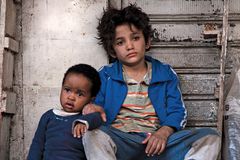 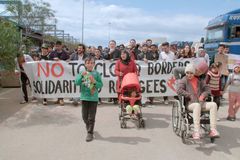