Before I start this review of Mid90s in earnest, a quibble. (Yes, I know that reviews themselves are just really long quibbles, but stick with me for a beat.)

Last month, I had the privilege and pleasure of attending the world premiere of Jonah Hill’s directorial debut at the Toronto International Film Festival, where it earned dialogue-drowning laughter and an emotional standing ovation from the sold-out audience – all deserved. The coming-of-age drama about a latchkey kid finding community and friendship with a bunch of hard-living teenage skateboarders in L.A. is hilarious, touching and nervy. It’s a startling and confident first-time film, doubly so given that it comes courtesy of a performer who some audiences still mistake for Seth Rogen.

And so, impressed with Hill’s work and also a bit intoxicated from the drunk-on-cinemaaaaaa emotions of most TIFF screenings, I tweeted that Mid90s was a “straight-outta-the-gate minor masterpiece.” After a second viewing, I stand by those words. But when studio A24 released a trailer for Mid90s a few weeks ago, I was not only surprised to see my name appear onscreen midway through, but attached to a quote that reads, “straight-outta-the-gate MASTERPIECE.”

I get the marketing impetus to remove the word “minor,” and these kind of lies-by-omission happen all the time. But it hit on a problem that’s been coursing through the current landscape of film criticism, of really how we all talk about culture. That is: the pressure of instant analysis and the absence, however literally “minor,” of nuance. I’m as guilty of it as anyone, especially during the hothouse atmosphere of TIFF, where the need to immediately demarcate all-timers from Dumpster fires feels palpable (if wholly self-manufactured). No one benefits from it, though – least of all someone like Hill, who is going to have a target on his back with Mid90s, as most actors-who-really-want-to-direct do.

Hill has been making the publicity rounds lately to dispel this very cynicism, sometimes repeating a fine-enough painting metaphor: “The way I see it, the director is the painter and the actors are really an important colour in a painting. So I have been a green my whole life. I can be a pretty good green, but if the director wants to paint purple over it, then that’s up to them. To me, this is my first painting. This is the first thing that represents me,” he told Business Insider, as well as Screen Anarchy (“I can be a great green”), Newsweek (“I like being green”), and USA Today (“But if a filmmaker wants to paint purple over that, they’re going to”).

In a fair world, whatever that means, Hill wouldn’t have to employ one catch-all colour-your-world line to defend his work. And once audiences actually see Mid90s, he should be able to drop it.

The film opens on the troubled domestic life of Stevie (Sunny Suljic), a scrawny 13-year-old living with his overburdened but caring single mom Dabney (Katherine Waterston) and abusive older brother Ian (Lucas Ledges, scarily translating an era’s worth of Fred Durst-meets-Eminem rage into one scowl). Tired of getting alternately ignored or pummelled, Stevie seeks solace in a local skateboard shop, the domain of a quartet of equally troubled youth. There’s Ray (Na-kel Smith), the ostensible leader who’s such a skating phenom that he might just be able to go pro a la the Lords of Dogtown; the poor and poorly-educated Fourth Grade (Ryder McLaughlin); Ruben (Gio Galicia), who’s closest in age to Stevie and grows jealous of the attention he receives; and actor Olan Prenatt’s goofy screw-up, whose nickname cannot be printed in a family newspaper.

After a series of just-this-side-of-terrifying skating escapades – one of which results in a gaping head wound – Stevie quickly becomes ingratiated with the crew. There’s drinking, drugs, underage sex, so very much swearing – the hallmarks of any coming-of-age movie that considers itself more edgy than educational. But Hill isn’t here to shock – he uses the grime and grit of one particular moment in L.A. culture to create a portrait of adolescence that feels crushingly sincere. Stevie’s vulnerability, expertly embodied by Suljic, feels like a warning shot to any parent of a young boy, while the rest of his crew is populated not by archetypes but by kids who are messily layered.

Most would expect a Jonah Hill film to be funny, and Mid90s certainly is that – there are a few moments that caused near convulsions of laughter at the world premiere, including one use of “I don’t kiss and tell” that deserves a place in the One-Liner Hall of Fame (it doesn’t exist; not yet, at least). But Mid90s is too itchy and deliberately awkward to be a comedy, and it steers clear of irony or the type of self-deprecating riffs of Hill’s previous collaborators. Instead, the filmmaker is more interested in, if not recreating the anxieties of his own upbringing (Hill lived a comfy L.A. life himself, with both his stylist mother and accountant father in Hollywood-adjacent industries), then certainly the overwhelming isolation that comes with any adolescence.

Employing this pure sense of sincerity with a no-frills aesthetic, Hill works within a model that I wish most rookie directors would consider before rushing into a project. The director is clearly inspired by Harmony Korine, Larry Clark, Shane Meadows, and yeah, maybe a bit of Judd Apatow in a Freaks and Geeks vein. But Mid90s borrows from the best to create a just-this-side-of-singular work that drills down on all the core elements of a solid drama: mood, character, a firm sense of time and place.

Sure, there are a handful of hey-there visual tricks (Hill shoots in the boxy 4:3 aspect ratio, occasionally pausing to break out the hemispherical fisheye lens, of all things), but his narrative is mostly straight and clear, and the cast is surprisingly devoid of any famous friends to boost exposure. (The closest thing to a familiar Apatow-y face is an uncredited appearance from Jerrod Carmichael, who had a small role in Seth Rogen’s two Neighbours films.) With a jammed, period-attuned soundtrack and a oh-so-very careful approach to set and costume design, the overall work feels less like a recreation of the title era, and more an actual artifact of the time.

So, to briefly reiterate: Mid90s is indeed a masterpiece, but a minor one. It sticks like hell, but it is not the second coming, it won’t reshape the zeitgeist, and Hill should not be immediately rewarded the keys to the next Disney franchise for his efforts (not like that would be something of interest for him … though I guarantee someone in Burbank is thinking about it).

For Jonah Hill, Mid90s is a debut to last a lifetime. For the rest of us, 84 minutes will do just fine.

Film Review
Review: The Night Comes for Us is the absolutely bananas action film you’ve been waiting for
Subscriber content
October 23, 2018 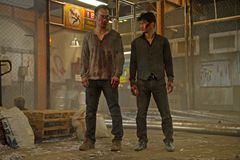 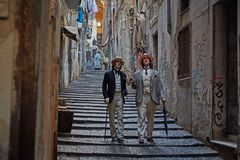 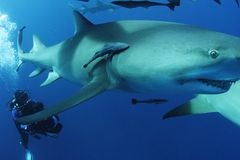