In 2016, The New Yorker published a revealing feature on upstart movie studio STX Entertainment. As writer Tad Friend, the magazine’s resident Hollywood whisperer, chronicled the challenges facing STX chairman Adam Fogelson in attempting to “reinvent the system,” he also flicked at the development of one of STX’s biggest bets: an action film from director Peter Berg titled Mile 22.

STX (the "S" stands for CEO Bob Simonds, "T" for the private-equity firm TPG Growth, and "X" for the typical marker of a secret project) was founded in 2014 to fill a gap in the marketplace: star-driven films that didn’t rely on intellectual property, and could be finessed into looking “twice expensive as they were,” as Friend put it. To that end, Mile 22 was envisioned as a “kinetic, brutal, and original” blockbuster in which mixed-martial arts star Ronda Rousey played a CIA agent tasked with escorting an Indonesian cop (Iko Uwais) from downtown Jakarta to the airport, all the while tailed by bad guys led by a rogue intelligence operative, ideally played by Will Smith (who could be lured by a high pay-day for only a few weeks' worth of work).

“Adam’s job is to maintain a healthy distance – he might have to say no to us, or shut the movie down,” Berg told the magazine at the time. “My job is to make that impossible.”

In one way, Berg was successful. Mile 22 enters theatres this weekend, and STX retains its high hopes, with the studio crowing about the film’s franchise potential. But somewhere from inception to production, Mile 22 changed, and not for the better. Frequent Berg collaborator Mark Wahlberg (Deepwater Horizon, Patriots Day) stepped in for Smith, and the role morphed from Colonel Kurtz-esque villain to a hero who bleeds red, white and blue. Rousey is in about 15 minutes of the finished product, with about half that many lines of dialogue. And Uwais, who was cast on the strength of his intense work in Gareth Evans' staggeringly violent Indonesian films The Raid and The Raid 2, is relegated to third-banana status, his astounding physicality captured cheaply and ineptly by Berg.

Somehow, Mile 22 devolved from what Berg promised STX would be – “the new wave of combat cinema” – to exactly the kind of generic late-summer garbage any studio could, and has, released for Augusts immemorial.

A skeleton of the original story remains, with Wahlberg playing James Silva, a CIA black-ops specialist as ruthless as he is intelligent (Wahlberg illustrates this supposed savant-level of genius by spitting his dialogue as if the words were on fire; it is a hilariously poor acting choice). Stationed in an unnamed Southeast Asian nation (not Jakarta as originally envisioned, and actually shot in Atlanta and Bogota), Silva and his team must ensure the successful extraction of a local cop (Uwais) who has information about stolen weapons, but refuses to release the data until he’s on a plane out of the country.

But while the title promises 22 miles' worth of explosive, on-the-street action, most of the film takes place in enclosed, easy-to-shoot locations, with an especially long and boring segment confined to a dimly lit apartment building that sparks unfavorable comparisons to Evans' first Raid film. When Berg does make it outside, his set pieces are captured and edited with such a blatant disregard for continuity or even simple visual coherence that a late-career Michael Bay would hang his head in shame. The rare times when Uwais is let loose to punch, kick and crack the heads of anonymous henchmen, he seems genuinely sad to be dealing with a journeyman like Berg instead of a revolutionary like Evans. And Uwais – who can twist and turn his body into the most lethal of weapons – is someone you really, really don’t want to upset.

What’s worse than all of the above, though, is the absolute, astounding hubris of Mile 22′s final five minutes. Without detailing much – not to protect any carefully crafted twists, but to save Berg and Co. the embarrassment – the film’s last few moments act as the most blatant and crass cinematic up-sell of all time. Closing out a film by laying the groundwork for a sequel is one thing, but ending a film without revealing what happened to its characters – actually telling audiences that the only way you will find out how this whole shebang ends is by demanding a not-yet-produced follow-up – is a dirty trick that even the slimiest of major studios would not attempt.

In that way, then, STX is indeed reinventing the system. Lord help us. 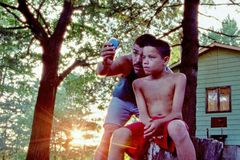 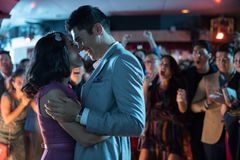 Film Review
Review: The Miseducation of Cameron Post captures the fugue state that is adolescence
August 9, 2018 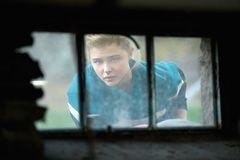