Sometimes, during film-festival season, a critic’s dance card can become so jammed, she simply attends a screening blind, without benefit – or handicap – of any prior knowledge. And so, one day last September, I attended a preview of something called Destroyer, a movie playing at the Toronto International Film Festival, which I thought I knew nothing about.

Early one morning, a washed-up L.A. police detective arrives on a crime scene. I kept squinting at the actor playing the haggard policewoman and wondering why she looked so familiar. Finally, perhaps five or 10 minutes into the action, I remembered I had heard about this film – it was Destroyer, the Karyn Kusama thriller starring Nicole Kidman – and I belatedly identified that famous face.

So, I can say with some authority that Kidman is indeed unrecognizable in the lead role – at least until she appears in flashbacks as a younger (and much prettier) version of Erin Bell, a detective permanently traumatized by an undercover operation gone wrong. Much has been made of Kidman’s transformation; posters for the film now feature her wrinkled face with its red-rimmed eyes and papery skin alongside a quote from Variety proclaiming that nothing Kidman has done previously will prepare you for Destroyer. Yes, the brave star goes undercover just as completely as the daring detective. But ultimately, acting is about more than disappearing, and character is about more than disguise. As a thriller, Destroyer is a tightly wound story deftly unspooled by Kusama; as a psychological portrait of a haunted personality, it can be frustratingly incomplete.

For Destroyer director Karyn Kusama, time is a flat circle

With a clever script by Phil Hay and Matt Manfredi, one thing Destroyer does extremely well is balance the tension between past and present so that both stories are equally engrossing. In the past, Bell is an eager young cop who agrees to partner up with the solid Chris (Sebastian Stan) and undertake a dangerous mission, joining a criminal gang run by a seductive sociopath named Silas. Toby Kebbell provides a chilling mix of violence, narcissism and raw charm in the role, backed by Tatiana Maslany, almost as thoroughly disguised as Kidman, playing his mangy gun moll.

The gang’s main vocation is bank-robbing, and Kusama skillfully stages clichés of the genre with fresh suspense and terror. She and cinematographer Julie Kirkwood have a fine eye for framing anxious faces and tense bodies as the undercover charade plays itself out in the flashback scenes, while in the present, Silas sends Erin a frightening signal that he has re-emerged from 17 years of hiding.

As Erin goes looking for clues to his whereabouts, her most ferocious encounter is with Silas’s money-laundering lawyer. Cast against sympathetic type (unless you saw him in Get Out), Bradley Whitford turns in a wicked performance as a fabulously entitled criminal, his complacency neatly underlined by the presence of his unknowing teenage son. Kidman explodes all over him, and their scenes together are worth the price of admission.

This creates a much-needed moment when a blasted Erin awakens from a stupor that is rather overplayed. What the film lacks is a larger examination of Kidman’s traumatized character, outside of the naturally secretive undercover agent of the past and the wreck of the present. There’s precious little space in an undercover operation to explain why the younger Erin goes bad. The script doesn’t follow up on a tingling encounter with Silas in which he dangerously observes her desire to be seen, while the scene where she attempts to explain herself to her partner Chris is cursory and flirts with cliché.

In the present, the older Erin’s anxiety over her rebellious teen daughter’s plan to run away with an inappropriate boyfriend moves us into movie-of-the-week emotional territory. Meanwhile, a flashback to some dramatic moment when Erin desperately hikes through snowy woods with her little daughter remains opaque.

Hoary Hollywood wisdom holds that female directors are great on emotion but not so forceful with action, but Kusama excels in Destroyer in invigorating the violent traditions of the genre yet ultimately fails to dismantle the stereotypical figure of the broken cop. Underneath all that courageously unflattering makeup, Kidman’s Erin Bell remains about as impenetrable as old Dirty Harry himself.

Destroyer opens Jan. 11 in Toronto before expanding to other Canadian cities Jan. 25. 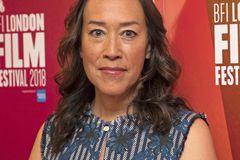 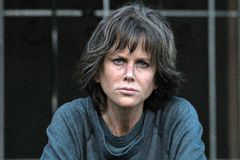 TIFF 2018: The best, worst and most awkward moments of the Toronto International Film Festival
September 15, 2018 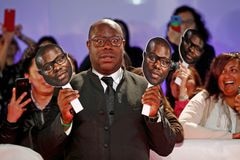