In Cold War, the Oscar-nominated film from Polish director Pawel Pawlikowski, there is an arresting view of a ruined Byzantine church. Shooting exclusively in black and white and in a more square format than most films, the camera lingers on disintegrating frescoes and soars up into a domed ceiling to reveal the surprising presence of open sky. The entire roof has fallen in.

These beautifully composed images, sequences of art photos as much as they are cinematic scenes, recall Pawlikowski’s Ida, which won the 2015 Oscar for best foreign-language film – the same category in which Cold War has been nominated this year, to go with a best-director nod for Pawlikowski. There’s an opening scene in Ida in which young novices repaint a damaged statue and are then shown from high above, carrying the restored Christ on their shoulders. It’s a rather obvious metaphor for the religious life, but in Cold War, pianist Wiktor (Tomasz Kot) seems to visit the ruined church mainly to give the camera an excuse to look at it.

Pawlikowski’s notably artistic use of black and white seemed ideally suited to Ida – a brief, almost claustrophobic postwar encounter with the pain of Polish history in which young Ida is about to take her vows when her long-lost aunt tells her she’s Jewish. Cold War also sets individuals against the sweep of history, but it is a sprawling story about star-crossed lovers that travels across the Iron Curtain and back again over several decades. If Hollywood were to shoot this film, there would be lush colour, sweeping sentiment and liberal use of the word “epic” in its ads.

Pawlikowski takes a more restrained approach, composing the characters’ emotions as carefully as cinematographer Lukasz Zal (also nominated for an Oscar) composes his shots. The distinctive art-house look has clearly impressed Academy Awards voters, but what it has to do with the love story is never entirely clear. In Cold War, form and content are ships that pass in the night.

The plot, based on Pawlikowski’s own parents' relationship, is as attention-grabbing as the imagery. Wiktor, a composer and pianist in postwar Poland, is directing a folk-dancing troupe. Surrounded by fresh-faced young patriots, he begins an affair with a darker character – the provocative Zula, the troupe’s rising star. In that role, the intriguing Joanna Kulig delivers on the seductive promise of her cameo as a club singer in Ida. Here, she creates a sensual artist who is both an unscrupulous egotist and a troubled emotionalist, an idiosyncratic individual who seems bound to clash with the communist pieties around her. Kot’s darkly simmering Wiktor is more reasonable in his political navigation but also infatuated with the mercurial Zula. Kulig, as peaty as a single malt and as bubbly as champagne, makes that attraction inevitable. Hungry for artistic freedom, Wiktor escapes via Berlin and settles in Paris. When Zula follows him, she discovers she can’t live without Poland. When she returns home, he discovers he can’t live without her. There are, of course, unpleasant political prices to pay for all this to-ing and fro-ing.

In Cold War’s black-and-white universe, the performances – her sultry sensuality, his taciturn suffering – do recall the classic couples of the old Hollywood, but Pawlikowski risks turning both figures into mere tropes when he poses a heartbroken Wiktor in a Paris garret or sprawls a homesick Zula across a bar. It’s not a welcome outcome from a film about individuals battling groupthink.

Pawlikowski’s script is cleverly structured, hopping through time with only a line or two of dialogue to catch an audience up with the intervening years, and yet sometimes it feels like it is hopping through the characters’ emotions, too. The dilemma posed by communist dictates in the days of the dance troupe, and the fascinating character of Wiktor’s strong-minded female co-director (Agata Kulesza was no less impressive playing the aunt in Ida), are jettisoned along the way. Similarly, themes of homesickness and the émigré artist are underdeveloped as Pawlikowski determinedly drives his characters toward their own particular cliff.

In a film season that has also produced the critical hit Roma, Alfonso Cuaron’s black-and-white memory film inspired by his childhood nanny, it’s worth asking – why forsake colour? These films are not, after all, set before the prevalence of colour film. There is an inherent icon-making tastefulness that black and white offers. Sometimes, Pawlikowski benefits from it; other times, Cold War seems merely pretentious. Who would not want colour to note the contrast between the drab East and the riotous West in the 1960s? Or to celebrate the Polish dance costumes with their red-leather boots and striped dirndls?

What rescues Cold War from its own artiness is its score – the Polish folk tunes, communist propaganda anthems and Parisian torch songs that set the changing moods. When Zula breaks loose in a Left Bank bar and starts jiving madly to Rock Around the Clock, a newly liberated woman is unleashed on the West with an exuberance too manic to prove anything but tragic. In the end, it is music that links cinematography to script, just as it draws singer to pianist. 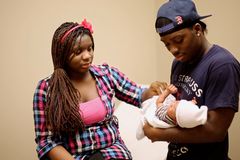 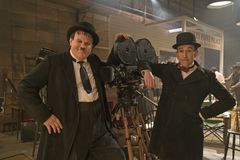 Film Review
Review: With Glass, one must ask how badly Shyamalan needs to fail before Hollywood stops rewarding him
January 17, 2019 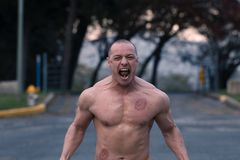