Every year at the Toronto International Film Festival, there are a handful of films whose presence seems … generous. These are the mid-budget, seemingly inoffensive films that feature lots of familiar faces but are not produced at the calibre a perhaps more rigorous festival might demand. Think of TIFF selections such as The Judge with Robert Downey Jr., This Is Where I Leave You with Jason Bateman, Before We Go with Chris Evans or the directorial efforts of Emilio Estevez. They simply don’t fit on a world-class stage – as if someone somewhere perhaps owed someone a very large favour.

Heading into TIFF this past September, it seemed that Green Book would be this year’s unofficial Favour Film. It had the stars (Viggo Mortensen, Mahershala Ali) to keep the crowds and sponsors happy. There was a feel-good concept (racism = bad) at its core. But it arrived with literally zero buzz and a very strange choice of director that threw everything into question (Peter Farrelly, minus his Dumb and Dumber and There’s Something About Mary co-director and brother, Bobby). It seemed a safe title to brush off. Let those who wish to do so spend hundreds of dollars on gala tickets for its TIFF world premiere, and the rest of us will pledge to revisit it later, if ever.

But then a funny thing happened: Green Book brought the house down. TIFF audiences went absolutely bonkers for the inspired-by-a-true-story tale, which chronicles the friendship between casually racist galoot Tony Lip (Mortensen) and classical pianist Dr. Don Shirley (Ali) as the pair tour the American South in the 1960s. Both at the world premiere and subsequent TIFF screenings, moviegoers ate up every line and left clutching wads of Kleenex by the fistful.

After attending a last-minute additional screening arranged by TIFF for the festival’s second-last day – in which the audience’s laughter drowned out several minutes' worth of dialogue – I wasn’t too surprised when Green Book took home the festival’s People’s Choice Award, regarded as an Oscar bellwether thanks to the legacy of its past recipients (The King’s Speech, Slumdog Millionaire).

What is surprising, and a little chilling, is how much Green Book still feels like a Favour Film. A well-intentioned, handsomely made, almost prestige-level Favour Film, but a Favour Film nonetheless.

The set-up is classic road-movie material, with the down-on-his-luck, vaguely mob-associated Noo Yawker Tony hired to act as both chauffeur and bodyguard to Don. Aiding the pair as they journey south of the Mason-Dixon line is the Negro Motorist Green Book, which guides the duo to “safe” hotels and restaurants. As the journey stretches on – threatening Tony’s promise to be back home in time for Christmas – the pair learn to live, laugh and love, as might be predicted from the film’s first frame, which prizes a sunny disposition above all.

Despite the severe Jim Crow-era reality Tony and Don encounter, Farrelly is intent on maintaining a lighthearted tone. Don encounters some truly horrid situations and people, but Tony is quick to resolve almost every instance of ugliness with a “not on my watch, bub” buoyancy. Every conflict is light, fluffy, gentle – segregation sanded down to a comfort level acceptable to your grandparents. Farrelly and his screenwriters are so insistent that Green Book be a feel-good film that they forget the era they’re exploring was anything but.

There’s little arguing that Green Book won’t make you feel good; it will. Farrelly keeps the story moving at a brisk pace, surrounds the action with a toe-tapping soundtrack and finds creative ways to film the inside of a Cadillac. Linda Cardellini nails her role as Tony’s underappreciated wife. And Mortensen and Ali are irresistibly charming, even with the former battling dialogue so infected with Italian-American clichés that the cast of Little Italy would choke on their meatballs. (That’s not stereotyping against Italian-Americans, because Green Book tells us it’s okay! That’s how these things work, right?)

But there’s pleasing the crowd, and then there’s patronizing them. Green Book was conceived by a trio of white guys – surely all sympathetic to the plight of Don and others who suffered, and continue to suffer, in a racist world. Yet they engineer the story not around the turmoil and rage Don must feel but on Tony’s journey toward tolerance. Like its most obvious antecedent, Green Book is a slightly more spry Driving Miss Daisy, or a zippier iteration of The Blind Side – an easy way for white audiences to assuage their guilt in a neat two hours and change. It’s not quite Racism for Dummies, but the strokes are so broad and the tone so breezy that “I saw Green Book” could qualify as the new “I have a black friend.”

Farrelly’s film is worth witnessing, especially given how it is now all but destined to dominate the awards conversation. But do yourself a favour: Each time your fellow moviegoers burst into applause, ask just who it is they’re clapping for.

Green Book opens Nov. 16 in Toronto before expanding across the country Nov. 21. 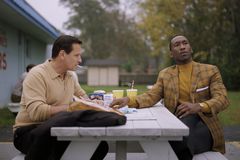 TIFF 2018: How Toronto pulled off a stunning comeback – and what it needs to do next
Subscriber content
September 12, 2018 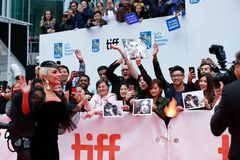