In the standout scene of Joseph Kahn’s 2011 satire Detention, a group of John Hughes-esque students are forced to attend a round of the titular academic ritual at the same time that their high school is being stalked by a Wes Craven-esque slasher. As the teens gather in the library, Kahn’s camera furiously spins around the group until we’re travelling back in time visiting all the detention sessions that came before, and with them, the cultural touchstones of those eras. By transitioning from Eminem to Britney Spears to The Breakfast Club and back again, Kahn aggressively examines the inherent sentimentality of nostalgia in one tidy, 30-second, faux-single-take scene. In the director’s view, there is nothing wistful or special about the artifacts of pop’s past – they are merely moments we cling to in order to convince ourselves that things weren’t as bad as they are today.

Steven Spielberg’s new nostalgia mash note Ready Player One doesn’t reference Detention, though it does name-check just about every other film, television show, video game, soda and musical fad of the past four decades. Back to the Future, Batman, Ferris Bueller’s Day Off, Duran Duran, Halo, Tab, Star Wars, Van Halen, Akira, Mortal Kombat, The A-Team, Willy Wonka and the Chocolate Factory, the Bee Gees, The Lord of the Rings, Nightmare on Elm Street, Michael Jackson, Jason Voorhees … the list goes on and on. There’s no doubt that there’s currently a low-level arms race on Reddit as to who can fastest compile the most comprehensive Ready Player One index.

Yet while Spielberg crams in three times as many retro references as Kahn’s film, the E.T. director is not nearly as interested in interrogating the concept of nostalgia – he only wants to gleefully wallow in it. So much of Ready Player One is assembled from the detritus of our past that it is less a film and more an overstuffed cultural recycling bin. A shiny, expensive, well-cast and professionally assembled recycling bin, sure, but a trash heap all the same.

Appropriately enough, Ready Player One opens on a shot of garbage. It is the year 2045, and Columbus, Ohio, is the world’s fastest-growing city-slash-wasteland, with citizens literally living on top of each other in slums composed of rusted RVs. To escape from this bleak reality, most everyone spends their waking hours in the Oasis, a virtual-reality world in which you can cosplay as an orc or drive Mad Max monster trucks through Mario Kart obstacles courses. But most in the Oasis are there to go “gunting” – that is, hunting for pop-culture Easter eggs hidden in the Oasis by its deceased creator, nerd-emperor James Halliday (Mark Rylance), who promised ultimate control over his dominion to whichever player solves his riddles.

On one end of this journey is 18-year-old orphan Wade Watts (Tye Sheridan), who helpfully explains that his parents gave him the alliterated name “because it sounds like the alter ego of a superhero.” On the other side is the ruthless Nolan Sorrento (Ben Mendelsohn), CEO of a tech firm that wants to buy up Oasis in order to sell ads. Although it would make sense for a movie built upon the exploitation of intellectual property to champion the guy looking to do exactly that, somehow Ready Player One positions Wade as the hero and Sorrento his nemesis. And you certainly don’t need me to tell you who triumphs in this battle between the pure of heart and the commercially astute. (At least Sheridan and Mendelsohn hit their expected beats, even if it seems like the latter hasn’t stepped out of his Rogue One persona one bit).

But what is worse than Ready Player One’s predictability is its pervasive immaturity, which bleeds into hostility. Engineered as a backward Corinthians in which audiences are actively discouraged from putting childish things away, the film fuels the worst aspects of fan culture. It is not enough, say, to be interested in Atari to live a full and meaningful life. You must know every game produced for the system, the cheat codes, the serial numbers, the hidden meaning behind those serial numbers and the blood type of its designer. Trivia is scripture, and the path to enlightenment can only be found in your basement, staring at the screen and smashing action figures against one another.

To be fair, adapting Ernest Cline’s 2011 novel Ready Player One was always going to be messy. The source material is a dangerously over-caffeinated love letter to lonely boys – those emotionally stunted and easily manipulated obsessives who would rather face death on the icy battlefields of Hoth than even contemplate kissing another human being, and who divide the world into “fanboys” and “haters.” And it's terribly written to boot. A sample passage: “Dagorath was a word in Sindarin, the Elvish language J.R.R. Tolkien had created for The Lord of the Rings. The word dagorath meant ‘battle,’ but Tolkien had spelled the word with just one ‘g,’ not two. ‘Daggorath’ (with two ‘g’s’) could refer to only one thing: an incredibly obscure computer game called Dungeons of Daggorath released in 1982. The game had been made for just one platform, the TRS-80 Color Computer.” That was not me arbitrarily copying and pasting text from Wikipedia –it’s a real-deal paragraph from Cline’s novel, and prose that’s not far from the info-dump dialogue of his Ready Player One screenplay, co-written with Zak Penn.

Spielberg, an undisputed master at crafting perfectly rounded pop spectacle, was gifted the unique opportunity here to dissect, or at least repair, Cline’s perverted interpretation of fandom – to prove that, yeah, being an aficionado can be cool and pop culture can unite rather than divide, but it can also serve as a prison for those who only wish to lock themselves inside one narrow kind of world. That there is a danger in fetishism, and Hollywood thrives when audiences are made ignorant to that fact. Instead, the director completely sinks into Cline’s sandbox, losing precious insight and self-awareness as he struggles to cram in yet another Easter egg into Wade’s adventure – up to and including his own filmography, which is an impressive, if distressing, twist on ouroboros.

Indeed, the frenzy with which Spielberg bombards the movie with CGI-enabled cameos is aesthetically nauseating, to the point where you cannot truly tell what’s going on from one scene to the next. A race sequence near the beginning is a swarm of creatures both familiar and arcane, adding up to nothing worthy of either affection or time. The climactic battle is a darkly lit, grossly overblown collision of name-brand ciphers and Spielberg’s late-career Achilles’ heel: third-act mawkishness. And when the filmmaker slows down, it somehow only becomes worse, as illustrated by an extended mid-film riff on Stanley Kubrick’s The Shining. It’s an act of intense cinematic hubris that may inspire some younger viewers to check out the 1980 masterpiece, but only made me want to jam a bar of soap down Spielberg’s mouth, lest he be tempted to befoul Kubrick’s name any further.

Of course, that impulse toward rabid fanboy protectionism is just what Ready Player One is advocating – so maybe the movie works after all. Game over, man. Game over. 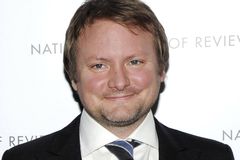