Welcome to Marwen is the ultimate Robert Zemeckis movie. This is not intended as a compliment.

The film – not quite comedy, not quite drama, but definitely indigestible – finds Zemeckis embracing his worst late-career indulgences.

Like his literal high-wire thriller The Walk, Welcome to Marwen is an unnecessary remake of a fantastic documentary (in this case, Jeff Malmberg’s 2010 film Marwencol). As with The Polar Express, Beowulf and A Christmas Carol, Marwen lies somewhere deep in the uncanny valley, where motion-capture technology attempts to recreate the essence of flesh-and-blood performance but only spews out dead-eyed nightmares. And like his once-beloved, now-rickety Forrest Gump, Zemeckis leans heavily on an aw-shucks star (Tom Hanks then, Steve Carell now) to carry a hugely problematic screenplay.

Okay, the new film also recalls Zemeckis’s greatest movie – Back to the Future, which gets an extended, eccentric reference – but no amount of Doc Brown shenanigans will help erase Welcome to Marwen from this, our darkest timeline.

Based on the life of New York artist Mark Hogancamp (Carell), the film opens inside the man’s fantasy world, where he retreats following a brutal attack by a group of homophobic thugs. The Second World War-era alternate reality exists both in Mark’s mind – where he imagines elaborate battles that end with Nazis pumped full of lead – and in his own front yard, which houses an intricately crafted 1:6 scale construction of a fictional, battle-torn Belgian town named Marwen. (“Mar” for Mark, and “Wen” for Wendy, the woman who saved his life and is almost entirely absent from this movie.)

The art installation, which Hogancamp captures in stunning photographs, is populated by unnervingly sexy dolls who approximate Mark and the many perfect women in his life. There’s G.I. Julie, based on Janelle Monae’s kindly physical therapist; Caralala, a facsimile of Hogancamp’s beautiful roadhouse co-worker played by Eiza Gonzalez; and a handful more, who get as much backstory and characterization as this sentence. Commanding them all is Cap’n Hogie, who is as brave and cocksure as Hogancamp is terrified and traumatized.

When the film stays in the real world, it inches close to affecting. Carell does wounded like few others, and he shares a natural rapport with his 40-Year-Old Virgin co-star Leslie Mann, who comes along as Hogancamp’s new neighbour. But at least half of the movie takes place in the motion-captured Marwen, where creepy CG versions of Hogie et al. engage in gunfights, romance and Nazi torture sessions.

And it is here where Zemeckis’s chief interest lies. Where he takes everything that was deep and profound about Malmberg’s film – and Hogancamp’s life – and exploits it for his own mo-cap amusement-ride purposes.

Steadily, Zemeckis has been working to eliminate the need for human performers. Indeed, he seems to increasingly despise them. This obsession with control over playthings could have dovetailed nicely with Hogancamp's fascination with the same, but Zemeckis isn't interested in self-reflection. Hogancamp's very real pain is merely an excuse for the director to further journey down a visual-effects rabbit hole, dragging a bewildered audience with him.

Zemeckis does have one advantage over Malmberg’s doc. The latter positioned Hogancamp’s fascination with women’s shoes – an interest that led to his attack – as a third-act twist. Here, that fact is highlighted from the beginning, and treated as nothing if not ordinary. It’s an admirably and defiantly humane approach in a film that is otherwise soulless. 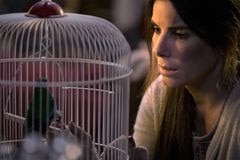 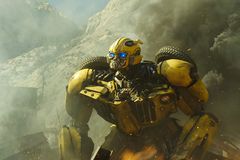 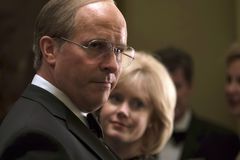