Just like his tights, Robin Hood is an evergreen Hollywood property. He first graced the screens in 1922, when Douglas Fairbanks starred in what was, for the time, one of the first million-dollar blockbusters. Since then, audiences have enjoyed a near-century of Robin Hood on screen, from the chesty 1938 Errol Flynn film, to Mel Brooks’s winking, ironic musical Robin Hood: Men in Tights, to Kevin Costner’s romantic drama Prince of Thieves, to Ridley Scott’s 2010, sternly psychological Russell Crowe remount, which envisioned Robin’s story as a grisly war drama.

There are currently six more Robin Hood films in production, a seemingly bottomless pit to feed starving audiences whose gurgling stomachs demand yet more swashbuckling, more lusty romance, more stealing from the rich to give to the poor. But what does this fairy-tale romance serve when we’re all living in such a dark timeline?

Otto Bathurst’s adaptation of Robin Hood tries (and fails) to situate the film in the current political climate. His Sir Robin of Loxley (Taron Egerton, perpetually smizing) and Maid Marian (Eve Hewson, doing her best with a nothing part that demands cleavage and a smoky eye at all times) are social democrats raging against the broken ego of the Sheriff of Nottingham, a despotic Trumpian capitalist (Ben Mendelsohn, chewing scenery in a floor-length vinyl trench coat like the sexy feral rat he is).

It is a movie where Robin gets an irate, Banksy-ish alter-ego called “the Hood,” and villagers tack up cropped hoodies on the lamp posts like they’re attending a Women’s March and ran out of pussy hats. At one point, Robin Hood throws his arms up to the heavens with the rallying cry, “How about a little redistribution of wealth?” As a citizen of Doug Ford’s Ontario, I say … bring us the hood! (Ew, that felt really gross to type.)

There are some interesting parallels to be drawn between the Sheriff of Nottingham and the Trump administration, and Robin Hood and Maid Marian as idealistic Alexandria Ocasio-Cortez types, though their slick outerwear indicates a lack of struggle. And Bathurst’s film employs these details as mere brushstrokes, more concerned with the bigger, uglier painting he’s filling in, done usually by the numbers.

At the beginning of the film, we see Robin and Marian’s meet-cute (he’s a lordly man of entitlement, she’s stealing his horse!) before Robin is sent away to war. In the film’s most visionary sequence, Sir Robin of Loxley, now a soldier, finds himself in a desolate Arabian war zone dodging arrows like he’s Jeremy Renner in The Hurt Locker. This fear and isolation shapes him into a young man who can find empathy for those below his station. It is also where he encounters Jamie Foxx’s character (there is no point in saying his name since it is so ridiculous), a local Arab soldier who has been hunted and forced to see his son murdered right in front of him.

After Robin is wounded, Foxx stows away in his ship en route to Nottingham, where Robin discovers that his Castlevania manor has been pillaged, everyone in town has been sent away to live in the mines, and most importantly, his true love Marian believes he is dead. Foxx begs Robin to seek revenge on the men who took Marian away from him (she is now having sex with Jamie Dornan after believing Robin was killed in the war, which is very understandable). Foxx wants justice for his son, and Robin wants to get his girl back. A Mr. Miyagi-style training montage of arrow-shooting ensues.

The rest of the film unfolds hastily and boringly as Robin double-crosses the sheriff (it’s worth seeing Robin Hood just so you can see Mendelsohn bellow threats like, “I will boil you in your own piss!”) and builds a revolution by stealing and amassing wealth outright from under him. It’s not that Bathurst (who comes from British television and has never made a feature film before) is so terrible at his job – the frequent action scenes and montages are captured from a multitude of angles and if not particularly arresting, are at least understandably plotted out and captured, the sound-stage sets are expensive-looking, the charismatic cast seems to be at least having fun – but he isn’t interested in authorship insomuch as competency.

It is the curse of by-committee, $90-million filmmaking that the new Robin Hood has no cinematic point of view or urgency. Hey … it’s almost as if they’re stealing our money and selling it right back to us by way of another thoughtless capitalistic Robin Hood remount. Well, the Hood would never stand for it and neither should you. Defy authority and watch this movie on a plane instead. 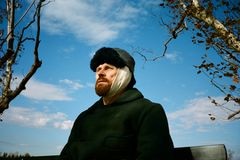 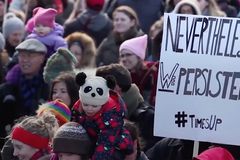 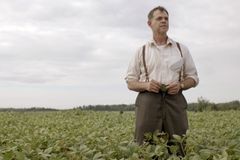