Remember when Steven Soderbergh was retired? Neither does he.

Despite his announcement in 2013 that he was stepping away from directing features (excepting “theatre stuff, a TV series if something great were to come along,” which it did), the filmmaker has made three movies in his faux-sunset years. Perhaps because each one has been an experiment in either form or function, Soderbergh can get away with the great retirement ruse. Logan Lucky, from 2017, was a loopy downmarket heist movie firmly in the tradition of Soderbergh’s Ocean’s series, but produced via a radical distribution and marketing model that aimed to upend the traditional studio system. (As the film earned just US$48-million worldwide, that plan didn’t quite work.) Last year’s thriller Unsane was shot entirely on an iPhone, but also failed to pass the anticipated financial or critical benchmarks. Maybe his latest, High Flying Bird, will be the project that will earn the director his metaphorical gold watch, and disrupt the whole damn industry.

The film is certainly worthy of any cracks it might manufacture in the landscape. Like Unsane, Soderbergh shot High Flying Bird (literally, as he acted as his own cinematographer) on an iPhone, this time a model 8, with a few add-ons (clip-on Moondog anamorphic lenses, a DJI Osmo stabilizer, the 4K Filmic app). Unlike his 2018 thriller, which was mostly filmed in a single location and used its intense here-and-now smartphone aesthetics to mirror the claustrophobic themes of the story, Soderbergh goes big here. His camera, or phone (camera-phone, I suppose) roams all over lower Manhattan, and executes some deft visual set-pieces, including a single long take that opens on the New York skyline and lands at a power-lunch inside The Standard Hotel. Also: High Flying Bird is Soderbergh’s first Netflix film.

Given that the director has long been a champion of getting his work into as many hands as possible as quickly as possible – 2005′s Bubble had a near-simultaneous release in theatres, cable, satellite, and DVD, an unheard-of strategy at the time – this new partnership makes all the sense in the world. But the kicker is how Netflix itself figures into High Flying Bird’s story.

The film opens 25 weeks deep into an NBA lockout. As the crisis shows no signs of solving itself, sports agent Ray (Soderbergh alum Andre Holland, from his time on The Knick) attempts to keep his job, keep his clients, save the business, maybe invent new rules for the game and, as one character says, “the game on top of the game.” The answer, in part, is Netflix and the glorious streaming age. But to get there, Ray must weave his way through anxious players, hard-charging assistants (Zazie Beetz), greedy team owners (Kyle MacLachlan), and one very ornery Bronx basketball coach (Bill Duke). It all comes together in a delightful finale that ties together Soderbergh’s best Ocean’s twists, the writings of Dr. Harry Edwards (The Revolt of the Black Athlete) and a sly commentary on where entertainment goes from here. So, in collaboration with Tarell Alvin McCraney (writing his first screenplay here after a career in theatre, including the play that would become the Oscar-winning drama Moonlight), Soderbergh has made a film about disruption that also aims to disrupt.

Sometimes, this ambition announces itself too literally (Ray at one point shouts, “We are disruptors!”), but the thrill Soderbergh and his co-conspirators are enjoying is contagious. The director’s idea of a sports movie is one in which the actual game is glimpsed for two seconds, clichés are absent when not outright mocked (Ray heads to one player’s childhood home expecting a hard-luck story, and receives nothing of the sort), and all the important moves are captured not in freeze-frame colour commentary, but in a meta rewind-that-last-act-back narrative structure.

Given that High Flying Bird is a Netflix production – which keeps audience data under lock and key, except when it doesn’t – we’ll likely never know just how much of a success High Flying Bird ends up being. But as Soderbergh’s latest achievement in his postcareer career, the film makes a solid argument for retirement in name only.

Film Review
Review: The Prodigy will make you reconsider parenthood, and your taste for paprika
Subscriber content
February 7, 2019 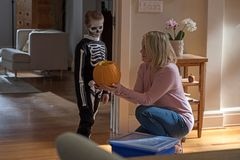 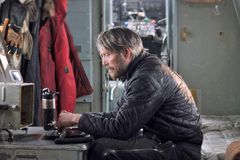