Yorgos Lanthimos hates it when critics call his movies deadpan. “What does it even mean?” the Greek director griped in a recent New York Times Magazine profile. “Any time people see an emotion that is not extremely emotional, they call it ‘deadpan.’”

Fair enough – no one wants to be pigeonholed. But Lanthimos has earned a reputation for making films of a very specific, easily identifiable type – even if I’d hesitate to use the word “deadpan.” Instead, The Killing of a Sacred Deer, The Lobster, Alps and Dogtooth are best described by other labels, like “cruel,” “sadistic” and “torturous.”

Lanthimos seems to believe his role in this world is to thoroughly mess with you. To slam your head into a pile of goo, while chanting, “See???” I’m certain that he picked at scabs as a young boy, and not just his own. There may be a strong contingent of critics, and audiences, who routinely fall in love with his penchant for absurd awfulness – he’s particularly fond of blinding characters – but where others see masterful profundity, I can only see overworked silliness.

The Favourite, Lanthimos’s latest film and his third English-language effort, is very silly. There is a heavy emphasis on humiliation, bodily fluids and deliberately grating anachronistic elements (characters tack on slang phrases like “no pressure,” despite the film taking place in 18th-century England). There is all manner of cruelty, too, with the story centred on two women who vie, via whatever means necessary, to curry the favour of Queen Anne. All the trappings of a typical, unbearable Lanthimos project are here, ready to crush your soul and expect you to applaud its efforts with a cheeky, “Oh, you!”

Yet for a number of reasons, The Favourite is the first Yorgos Lanthimos film that puts the director’s bitter instincts to good use. It’s not only his most tolerable film, it’s his most insightful, too. It even approaches, well, fun.

The film opens with the aloof and borderline incompetent Queen Anne (Olivia Colman) trying to decide the next steps in England’s war with France. Self-doubting and childless (her bedroom is home to 17 rabbits, each representing a miscarriage, stillbirth or premature newborn death; never mind that the animals would never be kept as pets at the time), Anne is alternately feared or mocked inside her royal court. Members of Parliament want to sway her, servants want to kill her, and confidant/adviser/lover Sarah Churchill (Rachel Weisz) swings between the two.

The cruelty on display here is relentless – at one point, Sarah finds herself nearly sold as a sex slave thanks to Abigail’s cunning – but unlike Lanthimos’s other films, it’s not arbitrary. The stakes in Queen Anne’s court couldn’t be higher, and knowing what fates await Abigail and Sarah outside of that comfort zone makes their battle all the more real. Terrible people doing terrible things to each other is Lanthimos’s M.O., yet with The Favourite he attaches his heartlessness to characters whose lives actually matter. We may be laughing at their myriad indignities and schemes for comeuppance, but it’s mostly because we’re genuinely invested in the power struggle and seeing who falls out of favour.

Why The Favourite works where something like The Lobster failed likely lies somewhere between the sharp and wild screenplay by Deborah Davis and Tony McNamara (this is the first time Lanthimos didn’t have a hand in writing the script), typically ostentatious shots that feel more suited to the royal court than the director’s other worlds, and the remarkable performers he’s surrounded himself with. Whereas the director previously flattened his actors (I’m not sure how you make Colin Farrell and John C. Reilly terminally boring, but The Lobster did it, dammit), his leads here steamroll through the film with furious energy and wit.

Weisz, a survivor of The Lobster, takes Lanthimos’s affinity for nastiness and adds a layer of affecting sincerity to it, ensuring Sarah isn’t some unknowable snoot looking out for No. 1, but a woman who feels that the weight of the entire country rests on her shoulders (and it may very well). Stone cheerfully ditches her history of playing the good, kind girl to indulge in some nasty and dangerous liaisons, while never letting us forget where Abigail came from and just how close she is to plummeting back into that hell.

But it is Colman who steals the film from everyone – Lanthimos included. Her Queen Anne is defined by a lifetime of indulgences, driven and swayed purely by her appetites. The word “timely” is being tossed around regarding The Favourite, but Colman hasn’t assembled some mere proto-Trump – she’s engineered an incalculable mix of vanity, recklessness, self-pity and fear that feels singular to this one character, at this one point in history. God save her – and Lanthimos, too.

The Favourite opens Dec. 7 in Toronto before expanding to other Canadian cities Dec. 21. 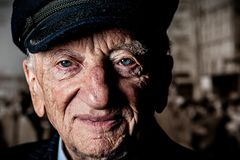 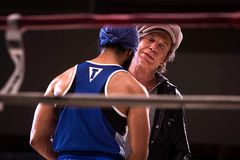 Film Review
Alfonso Cuaron’s new film Roma just hit Netflix. This is why you should watch it
Subscriber content
December 14, 2018 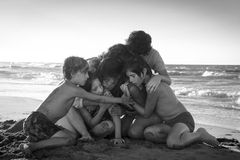