Since that David Hockney swimming pool painting smashed the auction record for a living artist last week, commentators have been trumpeting its quality. Portrait of an Artist (Pool with Two Figures) sold for more than US$90-million at a New York auction, breaking the record previously held by Jeff Koons’s Balloon Dog. One opportunistic British art dealer even sent out a press release extolling the Christie’s sale as more proof that masterpieces will always hold their value – unlike that self-shredding Banksy poster, which the dealer denounced as a shameless gimmick. Around the art world, the question-begging was almost deafening: Great art is expensive because it’s great, don’t you know.

It is the same circular argument made by the famed Swiss auctioneer Simon de Pury at the start of the new documentary The Price of Everything, Nathaniel Kahn’s take-down of the global art market’s lofty claims and inflated prices. De Pury explains that good art needs to be valuable so that society will protect cultural artifacts. That’s just one of many bits of dubious logic and art-world hype recorded by Kahn, who earned an Oscar nomination for his 2003 documentary My Architect, about his father, the architect Louis Khan. What he doesn’t record is much heartfelt explanation of what good art delivers aside from money.

Presumably it is that Oscar nomination that has earned Khan such remarkable access to the global players in New York, Chicago, Los Angeles and London. The veteran British auctioneer Ed Dolman sets the stage, explaining that by the end of the last century the auction houses were running out of Old Masters to sell; turning to contemporary art, they found infinite supply. Why are these works by living artists now worth millions, sometimes only a few years after they were created and sold for a fraction of the price? “Great things tell you they are great” says the smooth-talking Amy Cappellazzo, chair of Sotheby’s fine art division, as she prepares for the next sale.

In his massive New York studio, we see Koons, the previous record-holder, overseeing multiple assistants painstakingly copying Old Master paintings into which “the artist” will then insert a reflective “gazing ball.” The good-natured Chicago collector Stefan Edlis, who emerges as one of the film’s more sympathetic characters, even as he tots up his purchases like a big game hunter, explains the million-dollar trick that allows him to gaze lovingly at what is merely a copy of a historic painting. Nobody explains why this gimmick does not become less valuable every time the Koons factory repeats it, but Sotheby’s Cappellazzo does note with a certain schadenfreude that Koons’s work is increasingly showing up in corporate lobbies. It’s a drive-by placement that she interprets as a sign that his career – and his values – are waning.

Larry Poons is probably a better bet if you are looking to buy low and sell high: He is the New York abstractionist who didn’t make it into the million-dollar club, partly because, unlike contemporaries such as Robert Rauschenberg or Jasper Johns, he did not stick to a single style after the 1960s. As he prepares for a new show, the octogenarian appears as a stubborn original at sea in an ocean of copycat dealmakers. Barbara Rose, the veteran art critic who offers a refreshingly acerbic take on all the nonsense, confides that New York is rediscovering him precisely because he has been undervalued: “It’s a stock market calculation.”

Meanwhile, the Nigerian-American artist Njideka Akunyili Crosby watches in bemusement as the hammer comes down just shy of US$1-million on one of her recent paintings; when Kahn points out that her work has been flipped, she ruefully agrees. In fascinating archival footage, Rauschenberg confronts New York collector Robert Scull at his game-changing 1973 sale of contemporary art, complaining “I have been working my ass off so you can make that profit.” The collector points out that the auction record will also drive up prices for the artist’s next work, and the two embrace. Kahn, who is generally more interested in outrage than in solution, does not raise the issue of the artist’s resale right, a system used in Europe to pay artists a percentage for secondary sales, ensuring the original creator profits from speculation.

Kahn has certainly exposed the horrors of the art market here – I wouldn’t buy a used car from the smug Cappellazzo – but he gives art itself pretty short shrift. Edlis laughingly admits he has no idea why the real Andy Warhol he donated to the Art Institute of Chicago is worth so much more than the indistinguishable copy with which he replaced it, but as he tours his collection now on display at the museum you get a glimpse of the intense relationship he maintains with these demanding objects – and the real benefit the public will receive through his gift.

For all its successful debunking of the market, there isn’t enough of this prickly love in The Price of Everything. As the film’s title suggests, true value is opaque to Kahn. Sadly, one of the few interviewees who speaks to the transcendent value of art comes across mainly as envious. Art historian Alexander Nemerov bemoans an oversized Koons sculpture of a diamond ring with bitter self-pity and contemplates a Rembrandt self-portrait in terms that sound snobby. Apparently, it would be great to live alongside a Rembrandt because … well, it’s great art. 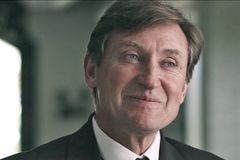 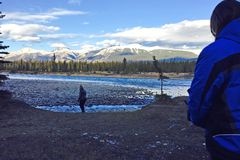 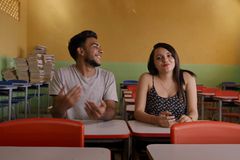