When it was released in 2004, Michael Moore’s Fahrenheit 9/11 proved an unlikely box-office hit. A two-plus hour anti-Bush documentary, the film went on to clear in excess of US$222-million worldwide, giving it the distinction of being, as of this writing, the highest-grossing documentary film of all time. By comparison, Moore’s recent anti-Trump spiritual sequel, last year’s Fahrenheit 11/9, cleared just over US$6-million.

It is unfair, perhaps, to regard a film’s profitability (or lack thereof) with its social consequence. But the numbers speak a certain truth. Michael Moore, a Bush-era figure of centre-left unity, is suffering from diminishing returns. It seems people just don’t want to see these kinds of movies. To take another example: American Dharma, the much-ballyhooed Steve Bannon dressing-down by eminent documentarian Errol Morris, has yet to even receive a general release; this despite much hype that the film was a vital intervention into contemporary discussions around populism, demagoguery and so on.

In a weird reversal of fortune, the political documentary has receded in popularity as politics itself – in the form of Trump, Brexit, migrant crises, Doug Ford’s off-the-books RV, etc. – has shifted to the fore. What accounts for this? To hazard a guess: Perhaps people are so inundated with politics, through the unceasing 24-hour blare of news (fake or otherwise), that they can’t be bothered to contemplate them during time generally earmarked for rest and relaxation.

Read another way, however, piddling box-office numbers and the generalized shrug of moviegoers may tell another, more optimistic story. Perhaps it’s not that people don’t care about politics, or political documentaries. Perhaps it’s that they’re tired of being pandered to in broad, generic, sensationalist terms; of being led to believe the mere act of watching a film constitutes a meaningful act of #Resistance, and then being disappointed when that same act washes out to diddly-squat.

And perhaps it’s worth considering that if filmmakers are demanding audiences stop acting like easily appeased children, it’s worth hailing them as freethinking, intelligent adults. What Is Democracy?, the new documentary by Astra Taylor (The Examined Life, Zizek!), is a modern film rare enough to make such a generous offer.

The film is not about Trump, or Bannon, or Brexit or other bulbous, noxious, utterly repellent boogeymen. It’s about the system that gives rise to such figures: democracy. Taylor, and the coterie of academics and activists she spends time with, are clever enough to know that one-or-another affronting politicians are not mere blemishes on the otherwise pristine body politic, but symptoms of a deeper ill.

The film indexes the manner in which democracy has become abstracted and polluted, especially by governmental capitulation to the meddling interests of free-market capitalism. Instead of succumbing to the hugeness of these problems, Taylor’s doc moves from the macro to micro level, focusing on the manners in which local activist organizations, from a Miami discussion group criticizing “bourgeois democracy” to protesting Greek pensioners, are re-engaging with matters of civics and good governance. The aim here is as clear as it is noble: to reinvest democracy, and politics itself, with a sense of urgency that is often lost at the level of large-scale elections that, for many, offer no meaningful alternatives.

In a climate in which any cultural artifact tangentially related to the sphere of political life is invariably labelled as a “vital intervention,” it’s prudent not to overestimate the perceived potential of Taylor’s film. It’s not likely to rattle the foundations of political power, or bring Trump or Ford or whomever to their knees in tearful penitence. It’s a thoughtful, brainy, deeply considered and artful film that arouses the intellect and the passions and grapples with the problems of democracy.

Democracy, Taylor says, is not something that exists, but “an ideal we’re reaching for.” With What is Democracy?, the filmmaker offers plenty of good reasons to keep reaching.

What Is Democracy? opens Jan. 4 in Toronto 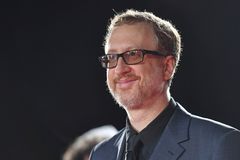 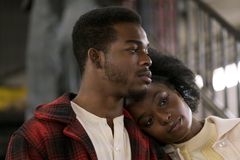