In the fogies-in-space film Space Cowboys, a NASA official can’t make up his mind about using a crew of geriatrics to fix a space shuttle situation. “The clock’s ticking,” says Clint Eastwood’s old-school Tang-drinker, “and I’m only getting older.” Everybody is, getting older. Me? I’ve got liver spots where I used to have wrinkles.

The quaint, sentimental new Canadian-made indie film Astronaut is a last-hurrah light comedy with moments of sky-searching philosophy. Richard Dreyfuss is Angus, a widowed, tuckered-out and retired civil engineer with a telescope and a space-travel dream. He finds out that billionaire entrepreneur Marcus Brown (played by Colm Feore) is holding a lottery to give a civilian a “golden-ticket” chance to be a passenger on the first commercial space-plane voyage. The grouchy, gravel-voiced Angus, the newest and reluctant resident at Sundown Valley Manor, is over the moon about the possibility, but is unsure of his chances. “They don’t want old,” he frets. His cheery grandson Barney (Richie Lawrence) convinces him otherwise.

Angus is a fast-fading 75, but pretends to be 65 in order to qualify as a contestant in the reality-TV event to choose the lucky space-tripper. The actor Dreyfuss, who was just 30 years old when he won the 1978 best-actor Oscar for his portrayal of a struggling actor in The Goodbye Girl, is now 71. Earlier this year, he coincidentally co-starred in Netflix’s The Last Laugh, a never-too-late-to-live-your-dream story about a once-promising comedian. It was just last year that Dreyfuss admitted that he couldn’t afford to retire. His financial situation is not unique to his generation.

Astronaut is written and directed by Shelagh McLeod, the Vancouver-born actress-turned-filmmaker. “Old people don’t go quietly,” she says in her writer-director’s statement. “They fight to be heard.” In her film, Graham Greene plays a stroke-afflicted retirement-home resident who does not talk. Angus guesses the codger can speak, but that he chooses not to. “Because nobody listens," he suggests.

We’ve seen this anti-ageist message before – in Space Cowboys and with Eastwood again in 2012′s Trouble with the Curve. Think of Robert Duvall in Falling Down. A cop on his last day. His superiors belittle and dismiss him. The old guy has know-how – if only he is listened to.

I like the way McLeod handles the genre. The easiest thing to do would be for her to write Feore’s Elon Musk-y space-or-bust character as a villain, thus making it impossible not to root for her protagonist (who warns of a potential load-bearing problem with the space-plane’s runway). McLeod resists that urge though.

I also like the manner in which McLeod approaches the space-race ethos, particularly in a time – 50 years after the first landing on the moon – when rocket-ship nostalgia is in vogue. Her Close Encounters of the Septuagenarian Kind is not concerned with technology and manifest galactic destinies. It’s about looking at what we have. “You go up in space and you turn around and there’s Earth, floating, nothing’s holding it up and it’s so magnificent and beautiful, like a gorgeous marble,” Angus says. “How many people have that opportunity?”

A side-plot has to do with strained domestic finances. A son-in-law is suspended from work, but that road doesn’t really lead anywhere. Better is the bit in which Angus’s beloved late wife was swindled into buying a donkey sanctuary. It’s not entirely believable, but where there’s a metaphor there’s a way. Old asses put out to pasture. Angus appreciates the symbolism. I bet Dreyfuss does, too.

Astronaut opens in Toronto and Vancouver and is available by video on demand on July 26. 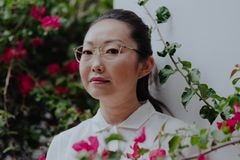 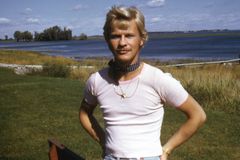 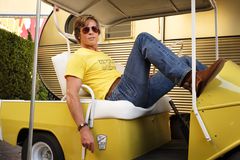