In the mostly magical new film Rocketman, the upstart musician Reginald Kenneth Dwight is in the office of a prominent British music publisher in the late 1960s. When asked his name, a nervous Dwight makes up a moniker on the spot. Eyeing a framed photo of the Beatles, he blurts out “Elton John,” after John Lennon. The story isn’t true, though. The “John” of Elton John actually comes from the towering British blues singer Long John Baldry. This is the kind of revisionism that gives rock-star biopics a bad name. (And speaking of a bad name, Rocketman has that. It should be Rocket Man, which is how Elton John’s hit song is spelled.)

Films opening this weekend: The soaring Rocketman and searing Colten Boushie doc nipawistamasowin: We Will Stand Up

But here’s the thing about biopics: Rocketman really isn’t one – says so right on the tin. The film is a musical "based on a true fantasy,” according to the tag line. Directed by Dexter Fletcher, scripted by Billy Elliot screenwriter and playwright Lee Hall and starring Kingsman actor Taron Egerton, Rocketman is Broadway razzle-dazzle of the best kind. It’s sentimental here and big-tuned there – grim and glamorous at turns, offering two hours of earworms and eye candy. Is it exactly true? No. Do we care? Not at all.

Rocketman was made in close co-operation with John and songwriting partner Bernie Taupin (who, portrayed by Jamie Bell, comes off as one great guy). The message of the film is that one should be the person they wish to be. With Rocketman, John is presented as the Captain Fantastic he’s always envisioned himself as. It’s his story, boldly told: An introverted piano-playing prodigy unloved by his parents, John becomes the world’s biggest pop star and inimitable extrovert. All he really wants is an embrace, though – if not from the father who abandoned him, then from a lover, which is problematic, given his closeted-homosexual status.

At the film’s beginning, a sequined John in a red costume and devilish horns shows up at an Alcoholics Anonymous meeting. He admits to being a cocaine fiend, a vodka-swilling sex addict, a sweets-loving bulimic and a shopaholic with anger-management issues. Through flashbacks, the reasons for his various addictions and crazed-diva behaviour are revealed.

Mostly, he blames his parents, who are presented as right monsters. His emotionally distant father doesn’t want him touching his Count Basie records or him. “When are you going to hug me?” little five-year-old Reg Dwight asks.

As an adult, John reveals his homosexuality to his mother (played by an excellent Bryce Dallas Howard). She tells him she knew of his sexual preferences all along and that he’ll never, ever truly be loved because of them. In real life, The Bitch is Back, with catty lyrics by Taupin, is about John. In Rocketman, the re-recorded song is positioned in a big street-dancing scene to skewer John’s mother.

Songs, sung reasonably well by an up-for-it Egerton, are not presented in chronological order. John performs Crocodile Rock at his star-making concert at the Troubadour Club in Los Angeles in 1970. Yes, the song didn’t come out until 1972. But, then, John didn’t actually levitate during the show, as depicted. It’s whimsy, magic and metaphor – John’s career was taking off. Moreover, where Taupin’s lyrics have been criticized for their obliqueness (or even nuttiness), in Rocketman his words make more sense than ever.

Because filmmaker Fletcher replaced the fired Bryan Singer as director on the Freddie Mercury biopic Bohemian Rhapsody, his Rocketman will inevitably be compared to that drab, homophobic film. But where Rhapsody was frightened of drugs and gay sex, the much better Rocketman is more honest about John’s sex life. Scottish Game of Thrones actor Richard Madden wears a groovy wig as John Reid, John’s lover and manager. (Incidentally, Reid was Queen’s manager for a time too.)

Closer comparisons to Rocketman would be Ken Russell’s surreal film version of The Who’s rock opera Tommy (in which Ann-Margret slithers around in a mountain of baked beans and John himself appears as the Pinball Wizard) and Michael Apted’s Stardust, a rise-and-fall British rock-star drama from 1974.

The tag line to Stardust was “Show me a boy who never wanted to be a rock star and I’ll show you a liar."

With Rocketman, a film John was deeply involved in making, he is a lot of the former and a little of the latter. The musical might be self-serving and not completely true, but isn’t that what fantasies are all about? 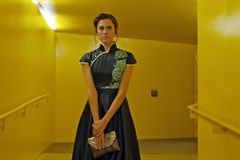 Film Review
Godzilla: King of the Monsters is stupendous stupidity, in the best possible way
May 30, 2019 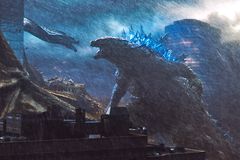 Film Review
Canadian pop-couple vanity doc I Am Going to Break Your Heart misses its key target: your will to live Subscriber content
May 23, 2019 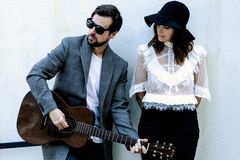