Toward the end of the execrable new crime comedy Lucky Day, struggling artist Chloe (Nina Dobrev) finds out that she’s suddenly rich, thanks to a cruel twist of fate: A violent incident has left her paintings splattered with the viscera of those attending her gallery exhibition, sparking a sudden and morbid financial interest in her otherwise shallow work. “The blood of your critics!” cries Chloe’s art dealer, thrilled by the unexpected source of his client’s success.

The scene is a pre-emptive strike on the part of Lucky Day writer-director Roger Avary, so confident is the filmmaker that his own work will succeed in spite, or maybe exactly because, professional detractors the world over are destined to loathe it. To which I would counter: Roger, buddy, no amount of film critic blood will save your movie. But if you’d prefer that I’d slit my throat and spill my hemoglobin all over your film instead of watch Lucky Day again, it would be my pleasure.

Avary’s name might ring a few moviegoer bells, given that he co-wrote Quentin Tarantino’s Pulp Fiction, and has a fair share of high-profile credits for writing (Robert Zemeckis’s Beowulf, the 2006 horror film Silent Hill) and directing (the crime thriller Killing Zoe, the Bret Easton Ellis adaptation The Rules of Attraction). Those deep in the Canadian entertainment industry might recognize his name from the CIA drama XIII: The Series, a Canada-France co-production. And tabloid-watchers may recall the time a decade ago when he pleaded guilty to vehicular manslaughter and drunken driving (he participated in a one-year work furlough and then eight months in jail). Whatever your Avary recollection may or may not be, though, you’d be doing him and yourself a favour by never adding Lucky Day to your memory.

A mean-spirited and aggressively dumb neo-noir in the vein of the many Pulp Fiction knock-offs that flooded the market back in the mid-90s, Lucky Day makes one long for the days of, say, Suicide Kings, Truth or Consequences, N.M., or, god help us, The Boondock Saints. At least those Tarantino mimics can be pardoned as the inevitable byproducts of an undeniable cultural moment – there’s no such excuse for Lucky Day, which arrives in 2019 feeling as fresh as whatever frost-burnt tube of fatty ground beef was kicking around Avary’s freezer circa Pulp Fiction’s premiere. The film is crassly violent, inexcusably sexist, horribly racist, rampantly homophobic – and that’s just Crispin Glover’s character.

Tracing one very bad day in the life of ex-con Red (Luke Bracey), Avary’s film doesn’t necessarily possess a story so much as it does vague notions of the concept. The film flits from one pointless scene to the next, as Red struggles to carve out a future for his wife (Dobrev’s Chloe) and daughter Beatrice (Ella Ryan Quinn) while dodging his parole officer (Clifton Collins Jr.) and Glover’s contract killer, a needlessly insane character even by the eccentric actor’s high-low standards. The narrative has zero momentum, the dialogue is littered with loads of casual racism and misogyny that Avary misconceptualizes as jokes and every single performer looks as if they are lost deep in thought, contemplating whatever wrong turn they made in their lives to end up here.

It is not as if this kind of scum-bag crime film can never work – among so many others, Avary’s one-time collaborator Tarantino has proved that low-lives and their even-lower predilections can be the basis for fantastic, captivating cinema. But Lucky Day is not only filled with hateful characters – it’s a hateful film itself, a childish temper tantrum of a movie, screeching and uncontrollable.

And it’s ours, Canada. Shot in and around Toronto (Hamilton substitutes for a fictional Los Angeles exurb), produced by local industry veteran Don Carmody (the Resident Evil series, plus Avary’s Silent Hill), and roping in a too-good number of Canadian performers in supporting roles (David Hewlett, please fire your agent and/or get reading glasses when perusing scripts), Lucky Day is the kind of national disaster that should prompt questions about what exactly Telefilm funds and how. The $3,007,815 that Telefilm spent on the production budget will certainly go down as one of the most wasteful expenditures of our federal film agency’s resources since last year’s rom-com disaster Little Italy.

Like Avary’s XIII series, Lucky Day is a Canada/France co-production; the latter country’s involvement is presumably why so many characters in the film’s California setting speak French, or try to. Glover’s terrible accent, for instance, is half-heartedly explained away at one point as being a deliberately cartoonish affectation. This is done just before his character slits a sexual partner’s throat, tosses around his used condom and then shoots another guy’s head clean off, with Avary playing all the action as moments of high comedy. I’ve never so envied either used condoms or dead bodies. 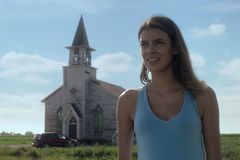 Film Review
First Love is an easy gateway to the world of prolific, gonzo Japanese auteur Takashi Miike, and best of all: there’s no barf bag required
Subscriber content
October 3, 2019 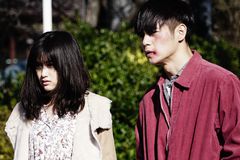 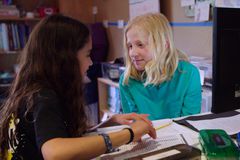