Because a new drug gives its user a random superpower but only for five minutes, the people who take it tend to check their wristwatches. Watching the dull sci-fi, quasi-superhero film Project Power, I found myself doing the same. One supposes the movie can be seen as a cautionary tale about Big Pharma. We should worry more about Big Film.

Project Power, from Netflix, gives itself away well within five minutes. The bad guy (he’s the one with the villainous goatee) is handing out the new drug to the punk pushers for free. One of the pushers (Newt, played by the rapper Machine Gun Kelly) says the deal sounds too good to be true. “That’s because it is,” says The Goatee.

The drug is bad, you see? Power is bad. It’s very simple. And so is Project Power. It’s too good to be true. It’s not worth the risk. Take two hydroxychloroquine and call me in the morning.

Jamie Foxx stars as a former soldier done wrong by his government. He’s stoic, on a mission to find the source of the drug called power. It would be great if he occasionally lightened up and said a funny thing or two for, you know, entertainment’s sake. He doesn’t, though. He’s all business. Why hire the talented Foxx for a leading role, only to instruct him to turn off the charisma?

Then we have the good cop fighting the system, played by Bruce Willis. Hold on, it’s not Willis after all – it’s Joseph Gordon-Levitt, playing a ragged, Willis-y unshaven police detective. I didn’t recognize Gordon-Levitt with a gun in his hand. He’s not built for this kind of maverick cop role. Maybe the scriptwriter knows it, because there’s a running joke about the character being a Clint Eastwood/Dirty Harry wannabe.

The third co-star is Dominique Fishback, who is perfectly suited to play a precocious teenager who, though smart, struggles with her grade point average. Though a rapping savant, she suffers from stage fright. That’s her untapped superpower, if you will: hip hop. She deals drugs, but only because her mother has diabetes, needs an operation and is without health insurance.

“I gotta work the system,” the girl says. But, as she’s told, “You’re young, black and a woman. The system was designed to swallow you whole.”

This is unfair. This is power inequity. This is America.

New Orleans, specifically, perhaps chosen because of its recent history of being abandoned by its country in the wake of Hurricane Katrina of 2005. In Project Power, the city’s inhabitants are basically guinea pigs used to test the new super drug, which, we learn, is so strong as to enable one man to take out a whole police battalion by himself. Fighting the system, then.

Most of the film’s action happens at night, so we really don’t get a good look at the colourful city. Why hire New Orleans as a location if you’re not going to show it off?

That’s probably a question for Henry Joost and Ariel Schulman, the horror-thriller director duo who previously shouted “action” on Catfish, Viral and Nerve, not to mention Paranormal Activity 3 and Paranormal Activity 4. For Project Power, they cast a moody, gritty and ominous mood. It’s their thing.

There’s plenty of shooting and explosions and weird super-powering. Being a human fireball seems cool, but impractical. (I like the rubbery guy, but even when the henchmen are popping superpower pills they’re not very good at henching.) But the action is mostly run of the mill. It’s a comic book that fails to come to life.

The villain touts the drug as part of the evolution of the human species – something to level the playing field, or, if you like, to destroy it entirely. There’s some meaning to the film, about power systems. But it comes wrapped in a gloomy package that makes the whole thing, well, a tough pill to swallow.

Project Power is available to stream on Netflix starting Aug. 14.

Film Review
Road-raging Russell Crowe vehicle Unhinged is what it says it is
Subscriber content
August 13, 2020 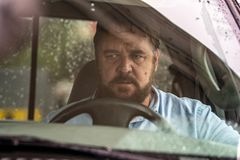 Film Review
The SpongeBob Movie: Sponge on the Run is not the thrilling adventure my kids were hoping for
Subscriber content
August 14, 2020 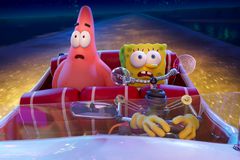 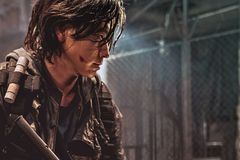