Shazam, the magical wizard who is the latest of DC Comics’ intellectual properties to clumsily soar into multiplexes, has the unique distinction of being the first superhero to ever appear on the big screen.

Then known as Captain Marvel – not to be confused with the other Captain Marvel, who is now owned by a rival comic books-cum-blockbuster movies assembly line – he first appeared in 1941, in a run of black-and-white adventure serials. To persuade audiences that a man was flying high in the sky, a lightweight papier-mâché replica of star Tom Tyler was suspended with pulleys, and dragged along by out-of-frame labourers: real, flesh-and-blood human beings, who broke a sweat committing to the honest day’s work of making a dummy in a silk unitard appear to fly.

I am, perhaps, guilty of romanticizing the noble efforts of these heaving, perspiring, forties-era effects technicians, about whom I know next to nothing. But then it’s difficult not to wax nostalgic watching this new iteration of the Shazam character, brought to life on screen by an utterly charmless lead (Zachary Levi) and rendered in all his superpowered heroics by dense CGI computer code.

There is no weight to the new Shazam, nor to his eponymous blockbuster movie vehicle, stylized as Shazam!. During a climatic zero-gravity fight scene between our aspiring hero and his glowering nemesis (Mark Strong), a propulsive hero-meets-villain run-in is framed by a small child smashing Superman and Batman dollies against one another. And that’s what Shazam!, and all these endless superhero action epics, amount to: Hollow toys smashing against other hollow toys.

That scene of Superman and Batman clashing also serves as an eagerly winking in-joke to director Zack Snyder’s 2016 film Batman v Superman: Dawn of Justice. Snyder’s was a movie so mercilessly grim in its depiction of adults in spandex grappling with one another that it necessitated, on the part of DC/Warner Bros. suits, a massive rethink of their ever-expanding onscreen DC Extended Universe. Enter the lighter, Joss Whedon-directed bits of Justice League, the underwater inanity of Aquaman and, now, Shazam!. It’s a film that – just like Thor: Ragnarok, Spider-Man: Homecoming, Spider-Man: Enter the Spider-Verse, Aquaman, Deadpool and, lest we forget, Deadpool 2 – adds some “much-needed levity” to the landscape of the superhero action picture. It’s clever! It’s silly! It’s self-referential! You know: just like the last half-dozen superhero movies.

The alleged light touch here comes in Shazam! unfolding through the eyes of its presumed viewer: Adolescent males with no frame of reference beyond superhero movies and video games. Orphaned teen Billy Batson (Asher Angel) is tapped by an ailing sorcerer (Djimon Hounsou) to assume the mantle of Shazam, in order to fell another sorcerer, played by Strong, whose character is imbued with the strength (such as it is) of the seven deadly sins. Batson is aided by Freddy (Jack Dylan Grazer), a fellow foster kid with an encyclopedic knowledge of Superman, Wonder Woman, Batman and all the other heroes bolstering DC’s bottom line. So beyond working as an advertisement for DC’s other movies, Shazam! also offers a stiflingly claustrophobic cinematic landscape, which has no point of reference outside of DC’s own intellectual properties.

The humour (again, such as it is) emerges from Asher/Levi grappling with his new-found powers, and the supposed thrill of seeing a kid live the dream of becoming a godlike champion. To this end, Shazam! relies on dopey performances and grating “awkward humour,” which feels as if it was written by someone who scored a movie deal after their “Hey, ever notice that spaghetti is just long rice?” joke went viral on Twitter. In its two-plus hours, the film boasts one genuine, laugh-out-loud joke, which comes far too late in the proceedings to substantially pique the interest of those whose eyes are already rolled way back in their heads.

When it comes to the subject of contemporary superhero cinema, I’ve often been accused of being unfair. And it’s true that, to a certain extent, all films should be graded on a curve that accounts for their success in achieving their respective aspirations. Yes, of course, a pure entertainment such as Face/Off is not up to the same things as Celine and Julie Go Boating, nor should it be reasonably held to its standard. But cheering superhero films that modestly rejig the formulaic operations of a genre that currently has a sleeper hold on modern movies-as-entertainment feels, to me, fundamentally wrong: like admiring the precision with which an invading army seizes your capital city, or taking the time to compliment a marauding home invader on the impressive purling of their wool-knit balaclava. These films dominate the box office, conquer our increasingly stupefying “cultural conversations” and squat in the imagination itself, at the expense of anything which might hypothetically be better. They are categorically bad: enemy films. Yet still my heart beats, the same as anyone. And damn if that heart wasn’t warmed, however modestly, by the story of an orphan and his fellow ragamuffins combining their wits and wills to do battle against a villain emboldened by the strength of sin itself, and in doing so learn an important lesson about the power of cobbled-together families.

It’s a lesson worth transferring to real life, where the cardinal sin of the modern experience is the condescending presumption that anyone should stoop to being entertained by movies devised by corporations to sully the movies themselves. And so, while others may flee from the battlements to cheer the coy, winking, yukking come-ons of the well-appointed troops that plunder the medium we hold so dear, I’ll stand strong alongside fellow filmgoers who resist such advances. For they are not only my compatriots, but my family. 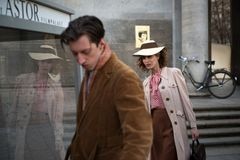 Film Review
The plot of Acquainted is not nearly as stimulating as its soundtrack
Subscriber content
April 4, 2019 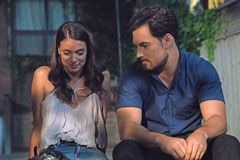 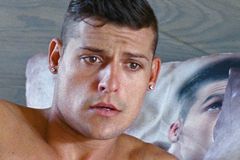