Steven Soderbergh’s No Sudden Move is a Miracle Movie. How else can you describe a film that was shot, edited and released over the past 10 months – and bears absolutely no resemblance to what we’ve come to recognize as a “pandemic-era” movie? This is a multi-location, large-cast, loads-of-extras, style-to-spare affair. What’s more: Soderbergh managed to squeeze in another high-profile gig, directing the 2021 Academy Awards, in-between. Well, okay, scratch that last thing – it’s probably best to leave this year’s Oscars to the COVID-19 memory hole.

Back to No Sudden Move, which could be called Out of Sight 2.0: a smoothly twisty thriller set in a Detroit populated entirely by Elmore Leonard-y scoundrels. And when those nogoodniks are played by (deep breath) Don Cheadle, Benicio Del Toro, David Harbour, Julia Fox, Brendan Fraser, Kieran Culkin, Ray Liotta, Jon Hamm, Bill Duke, Amy Seimetz, and one very special guest star whose appearance shall not be ruined? Yes, please and thank you.

The set-up is deceptively simple: Local crooks Curt (Cheadle) and Ronald (Del Toro) are recruited by gangland middleman Jones (Fraser) for an extortion-slash-babysitting gig: They must break into the home of auto-giant accountant Matt (Harbour) and force him to steal a dossier from his boss’s office, keeping his family hostage until the deed is done. Things go sideways quickly, leaving Curt and Ronald to clean up a mess that’s spilled over into the territory of two warring gang bosses, a shady detective, and the bigwigs who control Motor City. Crosses are doubled, tripled and quadrupled until you’re not quite sure whether the characters themselves know who they’re betraying. Which is all part of the fun.

Shot in wide, occasionally canted angles that seem to intentionally amplify Soderbergh’s iPhone trickery on High Flying Bird, and filtered through deeply saturated hues that evoke the director’s colour-coded Traffic, No Sudden Move is eager to please, or at least occupy, the eye. Soderbergh’s imagery doesn’t so much pop off the screen as linger. And, without being able to test the alternative, I feel his vision works even better on the small screen (the film was commissioned specifically for HBO Max, with no theatrical run on offer). There is something both impressive and low-key about the film’s circa-1954 Detroit that envelopes rather than overwhelms. The famously platform-agnostic Soderbergh – who once again acts as his own cinematographer and editor – doesn’t care how you watch his film, so long as you’re engaged. And No Sudden Move will hold your attention.

Still, this is ultimately a minor-key entry in the director’s crime canon. Not as glossy as his Ocean’s films, as formally inventive as The Limey, as sexy as Out of Sight, as deliberately direct-to-video scuzzy as Haywire, and absent the quick humour of Logan Lucky, No Sudden Move is a movie caught in the middle between clever and genius.

Also tripping things up are Solomon and Soderbergh’s attempts to thread their caper with the ugly history of American urbanism. That is: how cities on the rise have long sought to erase those who built its foundations. It’s an idea worth exploring, but the filmmakers choose Curt, who we learn little about other than he’s constantly undervalued compared to his white counterparts, as their thematic vessel. And flashing archival Detroit photos during the opening credits, and then splashing a few jarring lines of history-explaining text at the very end, doesn’t do the history justice, either.

No Sudden Move is almost always a pleasure to watch – it’s hard to look away when the screen is crowded with the coolest cast in ages. Yet there is a nagging pang that it could, should, move faster, slicker and smarter. Still, the fact that it exists at all is, again, a miracle. Praise Soderbergh, and pass the ammunition.

Despite a career filled with terrifying jerks, J.K. Simmons just wants to play the pussycat
June 23, 2021 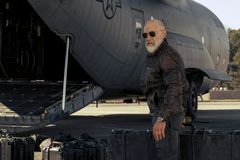 Which Liam Neeson revenge movie is his best? We rank the king of Daddy Action’s cheap-thrills canon
June 20, 2021 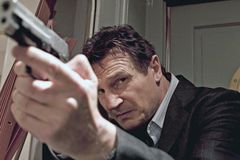