Given the supposedly changing tides of our cultural climate over the past few years, there has been a notable influx of films, both mainstream and indie, that have attempted to take on what might simply be referred to as “tough topics.” I say “tough” because, in both their heavy-handedness and short-sightedness, films that have dealt with subjects such as race, sexuality or gender (or, heaven forbid, all three) have tended to skate on their own veneer of self-importance, leaving little in the way of actual political efficacy.

This recent cycle of what their misguided creators likely refer to as “cultural awareness” has left many Black audiences, particularly Black women and femmes, more tired than ever. It is with that seemingly interminable history of cinematic disappointment and a wholly understandable hesitancy that many of us approach each new release with both tentative excitement and a skeptical eye.

Which is why, when faced with something like Shatara Michelle Ford’s new drama Test Pattern, it’s such a relief to sit with a film that is both caring and informed about the characters and subjects it portrays.

The first feature from Ford, a self-described neoclassical filmmaker, Test Pattern is an assured and considerate look into the systemic cultural and institutional barriers that shape the lives of Black women in North America.

Brittany S. Hall (HBO’s Ballers, 2018′s Nappily Ever After) stars as Renesha, who, after being sexually assaulted, struggles to navigate the inept medical and judicial systems. She must also deal with the concurrent support and sense of isolation from her white boyfriend, Evan (Will Brill), who drives her from hospital to hospital in search of a rape kit while inadvertently undermining her autonomy in the process.

A deceptively simple and concise narrative structure allows Ford to parse her subject and characters with a graceful internal complexity that shows rather than tells. Like most art truly made by us for us (that “us” being, for better or worse, mutable), Test Pattern is a film that assumes a lived experience of the subjectivity it shares with us. That knowledge allows us to clearly analyze the social intricacies of both the world Renesha must navigate, as a Black woman and survivor, and her relationship with Will.

In one of the film’s particularly sharp moments, tattoo artist Will, after filing a police report without Renesha’s consent, is shown in flashback talking about “lovingly” branding his girlfriend with tattoos. Cues such as this point with smart ease, rather than hollow didacticism, to the myriad co-ordinates – both public and personal – of the intimate violence often thoughtlessly committed against Black women.

This shared aspect of knowing – of us, the audience, knowing and more importantly of Ford, the writer-director, knowing – is what shapes Test Pattern’s successes. There are moments where this strength wobbles ever so slightly, but it is the film’s tonal commitment to its characters’ internal lives that, more often than not, leads it back to sturdier footing. What Ford has accomplished has less to do with radical form or challenging narrative structure than with a fine-tuned ability to sit with life as it is lived.

While too many filmmakers are confusing their attempts at foregrounding traumatized characters from “historically underserved communities” with having an actual cinematic politic, Test Pattern is a welcome reminder that even conventional narrative filmmaking can allow us to see from a mindful vantage point.

Test Pattern is available via Vancouver’s The Cinematheque virtual cinema from Feb. 19 through March 4 (thecinematheque.ca). 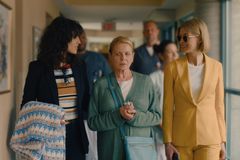 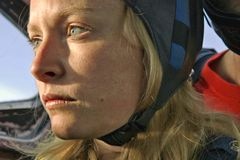 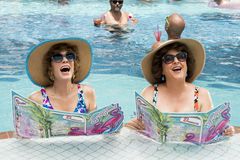