More Goodfellas than Showgirls, writer-director Lorena Scafaria’s latest feature is a masterful example of knowing how to reel in one’s audience while commanding they stay for more. Hustlers is an ambitious film, one that seeks to balance its crime narrative with sharp, satirical comedy and its slick marketing veneer with a depth of storytelling, all while housing a powerhouse bill of female actors whose presence together is already larger than life.

What’s new in theatres this weekend, from the ambitious Hustlers to the misfire The Goldfinch

Thankfully, Scafaria is in clear command of Hustlers, a film that’s much deeper than the shallow fanfare generated by the marketing of its excellent cast. Her direction here is controlled, concise and empathic, lending her adaptation of Jessica Pressler’s well-read 2015 New York magazine article more sensitivity than one might expect from a more loosely fictionalized account of strippers robbing their main demographic (for the uninitiated: wealthy men).

A film that was reportedly passed on by Martin Scorsese himself, Scafaria’s film transcends its more humbling origin story in its insistence on the interior lives of its female characters. Comparisons to Scorsese’s work (The Wolf of Wall Street and Goodfellas in particular) have followed early reviews of Hustlers for a reason: A family-centered crime drama set against the narrative backdrop of the 2008 financial crisis clearly echoes the great Italian-American director’s work (and yes, the women of Hustlers are undoubtedly a family). But here, Scafaria fully steps into her own by shaping a film which organically extends a sensitivity to its characters.

First things first: The hype surrounding Jennifer Lopez’s performance as Ramona, the queen mother of the Hustlers world and reigning matriarch of its strip clubs’ ecosystems, is absolutely to be believed. Lopez dominates the film with a performance that is as strong as it is vulnerable, as conniving as it is caring. Set in contrast to Constance Wu’s Destiny, a wide-eyed newbie to the world of pole-dancing and fleecing financial titans, Ramona carries the film with a material substance we haven’t seen from her since the days of Selena (indeed, the Latino Twittersphere is aloud with calls of Oscars redemption for her 1997 awards snub). The cast is nothing but stellar, with the performances of music and entertainment heavyweights Cardi B and Lizzo in smaller roles jumping off the screen with an electrifying charisma – which should come as a surprise to exactly no one at all.

Destiny herself is the perfect beta to Ramona’s almost otherworldly alpha. Where Hustlers succeeds best is in its study of their relationship and the mercurial constant it exists in. The empathy in the writing of these two roles in something not often seen in similarly women-led blockbusters (most of which settle for the idea of female solidarity and pop feminism rather than any actual in-depth exploration of the intricacies of female friendship). Even within this, Hustlers has a more-than-justified anger bubbling below its glossy surface – a wholly dissatisfied stance on the role of ethically vacant, powerful men in shaping the world, or perhaps more aptly, a world that more often than not shapes women as collateral damage.

Film Review
Adapting Donna Tartt’s The Goldfinch was never going to be easy – but did it have to be this hard?
September 12, 2019 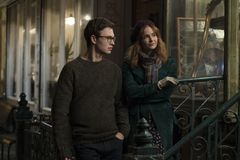 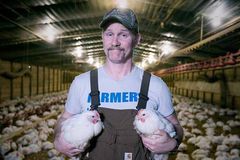 Film Review
Ram Dass documentary Becoming Nobody will appeal to about that many people
Subscriber content
September 5, 2019 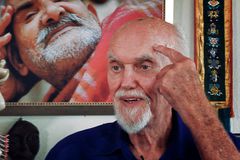