There has been a lot of crowing this summer movie season about the burdens of familiarity. Audiences are sick and tired of living in a world filled with nothing but Shafts, Godzillas, Dark Phoenixes and the many men and women in black. Do we not deserve something new? Do we not deserve ... killer alligators?

Granted, the killer-gator movie is not an original idea in the slightest. From 1980′s John Sayles-penned Alligator to the shockingly prolific Lake Placid franchise (does anyone besides David E. Kelly’s accountant know that there are six of these things?), there is a long cinematic tradition of pitting stupid humans against insatiable reptiles. Yet, the somewhat neglected genre hasn’t reached its potential until now, with Alexandre Aja’s Crawl.

Let’s be serious for a second, because Crawl certainly has no patience for such a thing. This movie is not “original” or even “good” in the traditional sense. But in a Hollywood ecosystem obsessed with brands and inoffensive genericism, there is something admirable and fresh about a movie that has nothing on its mind other than delivering 87 minutes worth of gory, gator-chomping thrills.

The plot is as ridiculously simple as it is simply ridiculous. In the midst of a Category 5 hurricane somewhere in Florida, competitive swimmer Haley (Kaya Scodelario) goes searching for her estranged father (Barry Pepper) at the old family home. Haley finds her dad injured in the crawl space basement, where the waters are quickly rising and a handful of gators have gathered to stalk their new prey. And ... that’s it. That’s the movie. Blessedly so.

The film is mostly a two-hander, with a good portion of the dialogue being shouts of either “Haley!” or “Dad!” or “Aghgghghgh!” The gators are rendered in CGI that’s half silly, half terrifying, and the film wisely doesn’t skimp on the violence. Flesh is torn off in crimson chunks, bones are snapped with glee and, in one delirious sequence, a gator gets shot dead thanks to one character sticking their arm straight inside its mouth and firing repeatedly.

The circle of strife: Jon Favreau’s The Lion King is beautiful but soulless

Sometimes, stupid and simple works, especially if the filmmaker knows exactly what kind of game he’s playing. And Aja, the director responsible for 2010′s delightfully breezy Piranha 3D – among more polarizing horror touchstones such as High Tension – has the makings of a genre varsity athlete.

The French director has always been invested in getting his hands as dirty as possible, but with Crawl he seems to have sliced and diced his way into a cinematic sweet spot. As Haley and her father continually get themselves out of one dangerous situation only to fall into a more perilous one, Aja balances tension with self-awareness, mayhem with efficiency. Although a number of its sequences could be called inventive-esque – ah, the old trap-the-gator-in-the-shower trick, seen it a million times – Crawl is not exactly an inventive film. But it doesn’t have to be. It delivers on what it promises, and not many big-studio movies this year can claim the same.

And even if Aja messed up the action, which he doesn’t, or his cast mistook panic for annoyance, which they don’t, the whole thing would be worth it for the closing-credits song. I’ll say no more and let you chomp on it for yourself. 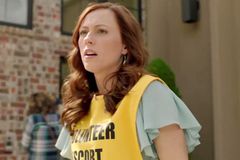 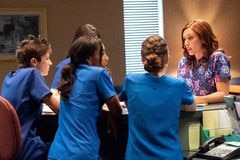 Film Review
The circle of strife: Jon Favreau’s The Lion King is beautiful but soulless
July 18, 2019 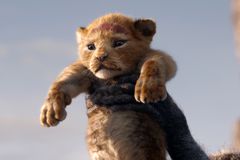