Trends in Hollywood work in threes, and 2020 is no exception. For some reason, the dry, dumping ground of late January/February has seen three horror films about two traumatized children who fall under the care of a mentally unstable woman in a handsome, dilapidated home, in which psychological terrors and jump scares soon abound.

The Turning, Gretel & Hansel, and now, The Lodge all feature star performances by teenagers from the IT franchise. They’re all filmed handsomely with high production values. While the first two movies took their source material from the works of Henry James and the Brothers Grimm, The Lodge is an original from the filmmakers of Goodnight Mommy: a spartan, psychological horror film that burns as slowly and richly as a $500 candle. Of all of the three traumatized IT children orphan movies, it’s the most effective, recalling Nicolas Roeg’s Don’t Look Now, and especially, Ari Aster’s Hereditary, due to its liberal use of miniature figures and dollhouses in the imagery. Not much happens, and it doesn’t all quite make sense, but you will leave moved and terrified.

After premiering at Sundance in 2019, the second film by German co-directors Veronika Franz and Severin Fiala follows a similar formula as their breakthrough Goodnight Mommy. It’s another contained chamber piece about two children resentful of a woman who is trying to take the place of their mother.

Trading in chilly, atmospheric melancholia (the movie is shot by Greek cinematographer Thimios Batakis, a frequent collaborator of Yorgos Lanthimos), The Lodge opens with an heartbroken ex-wife (Alicia Silverstone) who takes drastic measures after her husband Richard (Richard Armitage) announces he has plans to remarry his young girlfriend whom he met while investigating a religious suicide cult in which she was the only survivor. (How’s that for a meet-cute!)

After Silverstone died by suicide in a scene that will haunt your dreams forever, Richard makes the ill-advised choice to take his traumatized kids Aiden (Jaeden Martell, of IT and Knives Out) and Mia (Lia McHugh) to their family cottage, hoping to smooth things over with his young, prospective bride Grace (Riley Keough) so they can all become a family over the Christmas break. It does not go well.

Grace isn’t your average unenthusiastic stepmom. Not only does she look eerily like the children’s dead mother, she’s grappling with unresolved issues about her harsh religious upbringing and has severe unprocessed trauma. When Richard conveniently leaves the lodge on a work trip (he is literally the worst and dumbest father ever to be in a movie) and leaves Grace in his resentful children’s custody, things start to go haywire.

Grace, Aiden, and Mia awake one morning to find all of their food and supplies have mysteriously gone missing. The power, heat and electricity has shut off. Their iPhones are dead and Grace can’t find the pills that help her maintain her mental-health problems. Now left fending for themselves, tensions boil over as Grace starts having visions of killing the children while sleepwalking. She soon wakes up hovering over their beds with a gun.

Franz and Fiala know how to create a foreboding sense of dread with mere sound design and slow creeping zoom shots. They take their time, maybe too much, to reveal information and the film never quite finds a satisfying resolution. (It in fact peaks early, after Silverstone’s death.) Still, Keogh is unforgettable as the vulnerable Grace, who desperately wants to be a part of any kind of family that will have her, yet has no idea how to be a human being.

While The Lodge isn’t as hearty as the horror films it desperately wants to emulate, the filmmakers have concocted a heavy stew of emotions, left on a low simmer. In the cold winter season of IT children orphan horror movies, it will have to suffice our cravings. 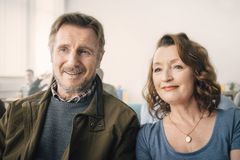 Film Review
Ant Timpson’s film Come to Daddy never takes itself too seriously, which is a blessing
Subscriber content
February 6, 2020 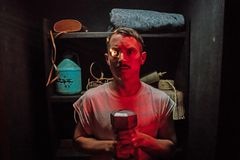 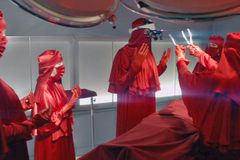