The Canadian release of Train to Busan Presents: Peninsula is a classic good news/bad news/zombie news scenario. Good news: The new South Korean thriller, already a huge hit in Asia since its release last month, will as of this Friday be the first big-budget blockbuster to open in Canadian theatres since March (including, yes, Toronto cinemas). Bad news: I doubt the crowds that would have typically greeted such a film will be out in full force. Zombie news: Maybe the potential audience’s trepidation is due not only to public-health fears, but to the fact that Canadians stumbling out of lockdown are not particularly keen on seeing a movie about a zombie-infected nation quarantined from the rest of the world.

This is all to say that your mileage may vary on Peninsula. Personally, I think director Yeon Sang-ho’s propulsive thrill ride is worth venturing inside the dark of a physically-distanced multiplex. The pandemic-y content acts as a virtue, not a deterrent.

There is a healthy act of catharsis to be found in watching the film’s ordinary citizens fight back against a virus that has made their lives untenable – even if that fight involves shooting, chopping and slicing zombies into chunks and pieces, rather than, say, developing a vaccine. Whatever works, right? (Still, a moment of full disclosure: Given production deadlines, I watched Peninsula at home, not in a theatre. But after viewing it on my couch, I’d still readily accept an invitation to see it out in the world, too.)

Picking up four years after the events of Yeon’s original film Train to Busan, in which zombies swiftly laid waste to Seoul and then the rest of the country, Peninsula finds the few South Koreans who escaped their country leading lives of refugee misery in Hong Kong. Tired of being treated as pariahs, a stoic soldier (Gang Dong-won) and his grief-stricken brother-in-law (Kim Do-yoon) accept a black-market job to smuggle themselves back into South Korea to raid a stash of abandoned cash. Apparently ships can make it through the quarantine zone by bribing coast guard officials, and the zombies don’t see too well at night, so ... easy, right?

Naturally, everything goes very wrong very quickly, which provides Yeon ample opportunity to stage all manner of gory chaos. Highlights include a cage match where humans are pitted against zombie hordes that are meshed together like nests of rats, and a gritty late-film car chase that recalls George Miller’s Mad Max antics at their most ludicrous.

While Park Joo-Suk and Yeon Sang-ho’s script employs some lazy exposition – there’s a bit at the front in which a U.S. talk-show host breaks down the events of the first film – the pair are as concerned with character and emotional beats as much as they are bloody carnage.

Add it all up, though, and Peninsula makes for a viscerally pleasurable viewing experience. Even if you’re gripping your seat in terror just as much from what’s on-screen as you are in wondering why that guy two rows in front of you won’t stop sneezing.

Film Review
The slight but well-meaning Sweetness in the Belly is easy enough to stomach
Subscriber content
July 31, 2020 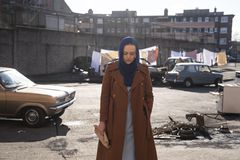 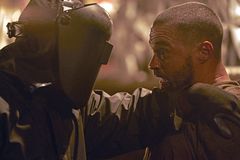 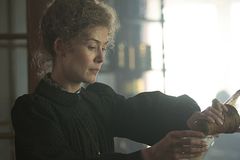