It is always nice to see a talented filmmaker find and embrace a genre without shame. For Christopher Landon, his calling just happens to be in the supernarrow niche of high-concept horror-comedies. Specifically: high-concept horror comedies that rework family friendly conceits to delightfully disgusting effect.

In Landon’s 2017 surprise hit Happy Death Day, the director brazenly repurposed the over-and-over-again concept of Groundhog Day to tell a zippy serial-killer tale. His even better follow-up, 2019′s Happy Death Day 2U, lovingly tweaked the time-travel shenanigans of Back to the Future. And now, in Freaky, Landon openly riffs on that long-plundered staple of weekend-afternoon viewing, the body-swap movie – just with a lot more arterial spray and bifurcated bodies.

Landon’s latest confection, though, has the added bonus of a secret comedic weapon: Vince Vaughn. Lately, the Wedding Crashers and Fred Claus star has been playing around in the small but hard-to-ignore conservative-cinema industry, taking intensely dead-serious roles in such decidedly un-woke productions as Hacksaw Ridge, Brawl in Cell Block 99 and Dragged Across Concrete. But in Freaky, Landon shrewdly exploits Vaughn’s high-comedy past while also riffing on his more recent lean toward repulsive creepiness.

At the beginning of Freaky, Vaughn plays the Blissfield Butcher, a masked killer in the Jason Voorhees mode who is on a killing spree in Anywhere, USA. But when the Butcher stabs his latest victim, high-school wallflower Millie (Kathryn Newton), with an ancient Aztec dagger at the stroke of midnight on Friday the 13th, it’s body-swap time. Now Millie’s spirit is trapped inside the frame of a towering psychopath, while the Butcher is able to walk around in Millie’s shoes with easy access to his favoured prey, ie. hard-partying, promiscuous teenagers.

Can Millie reverse the curse before 24 hours are up? Will she and her diverse cast of friends be able to stop the Butcher from slaughtering the football team? Will there be jokes about the proper use of pronouns?

The answers may not surprise you, but Landon is not aiming to break new ground here – only to use well-trod territory for his own gag- and gross-out-happy ends. This is candy-coloured mayhem, bright and snappy and enjoyably wince-inducing in its desire to disgust. And just as Vaughn can easily play both male murderer and winsome teen girl, so, too, can the charming Newton ace her required flips.

And now, we wait for Landon’s spin on, I dunno, The Parent Trap. Except the twins this time are evil spirits. I’ll expect my cheque in the mail any day now, Christopher.

Film Review
Now streaming on Netflix: Ron Howard’s Hillbilly Elegy isn’t so much incendiary as it is bad
November 24, 2020 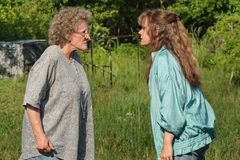 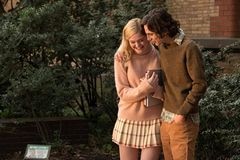