It would be easy to think the ripped-from-the-headlines plot elements of Yellow Rose were written in recent years, only writer-director Diane Paragas has been developing the story for the past 15. This is the first narrative feature for Paragas, who has worked primarily on documentaries and short films, and it couldn’t possibly be more urgent.

Their relationship is one rarely captured on screen – while Priscilla is clearly strict when it comes to Rose’s freedom, she forgoes the typical trope of being only a strict immigrant parent who doesn’t understand her American raised daughter. She encourages Rose’s love of country music, because it reminds her of the family’s recently deceased patriarch.

As we see Rose and Priscilla move through their days, it becomes clear Priscilla tightly guards Rose because of their precarious immigration status – Priscilla is undocumented and in the process of trying to legitimize her status as an immigrant. Meaning, she could be detained and deported at any moment.

The moment comes when Rose finally convinces her mother to let her go out one night with her classmate and potential love interest Elliott (Liam Booth). It is then we see the best night of Rose’s life (going to a honky tonk bar in Austin and dancing the night away) turn into the moment that derails her life entirely. Her mother is arrested and detained by the U.S. Immigration and Customs Enforcement, leaving Rose some cash, a letter telling her where her aunt lives and a heartfelt apology for not being able to protect her better.

It’s difficult to imagine a rawer depiction of families separated by ICE agents and American immigration laws, and as Rose’s small and relatively safe life with her mother disappears, the film transforms into a coming-of-age tale of Rose trying to survive and not end up detained herself, relying solely on the kindness of others: an aunt whose white husband does not want responsibility for an “illegal,” her sweet classmate Elliott, the owner of the country bar in Austin and a country singer.

Each time you think Rose is finally catching a break, her world collapses once again, showing the limitations of the kindness of strangers. Noblezada shines as Rose moves through her journey with resilience, wit, charm and vulnerability. And despite the transience of Rose’s existence, she never gives up on the one thing that connects her to the life she once knew – playing and singing country music. An element that could have easily gone to corny territory, but remains a grounding force for Rose’s journey.

Paragas aptly portrays the reality and horrors of ICE detention without it ever feeling exploitative or over the top, but rather showing how in spite of these horrors, life goes on and people still find ways to survive and adapt. The exception is one unfortunate scene during a second ICE raid that depicts an officer showing mercy – something that feels unearned and too “both sides” for the harsh reality of the film.

Ultimately, the film isn’t about a happy ending or even a real conclusion – as in real life, we’re not sure what will happen to Rose or where she will end up. But what we are left with is a true and honest account of how quickly the lives of millions change overnight. 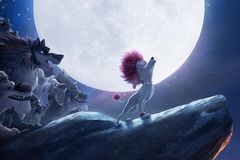 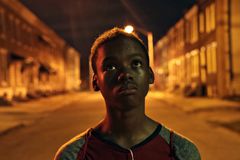 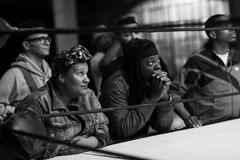