Imagine there’s no Ed Sheeran, it’s easy if you try.

The adorable new fantasy Yesterday is based on the paranormal premise that just one man can remember the music of the Beatles. He’s Jack Malik, a struggling Suffolk singer-songwriter. His fellow townsfolk wouldn’t know him if they ran over him with a bus. Which is exactly what happens early in the film. And when Malik (played by Himesh Patel) wakes up after the accident, it is to a world in which the Liverpool hit makers never existed. A 12-second worldwide electrical blackout has rebooted pop culture. When he Googles John, Paul, George and Ringo, only a Pope’s name comes up. It’s as if Yesterday and every other Fab Four song never happened.

Jack cracks a joke about “when I’m 64,” but the humour doesn’t register with his best friend and longtime manager Ellie. Odd. Later, to Ellie and the rest of his gang, Jack sings Yesterday. Thinking he wrote the wistful McCartney classic, they tell Jack it’s a “nice” song, but that it’s "not Coldplay.” Coldplay’s Chris Martin, by the way, had a role in the film written for him, but after he turned it down the part went to Sheeran, who plays himself – a great, big pop star. (I told you it was a fantasy. Anything is possible, you see?)

Upon realization that he possesses the only memory of a beloved melodic canon, Jack begins passing off Beatles songs as his own. He scribbles down lyrics as fast as he can, and as best his recollection allows. How did Eleanor Rigby go again? Does she have socks? It’s a funny bit, watching Jack scrambling to get the famous compositions down on tape. Think about it: If Shakespeare existed to no one but you, would you be able to take advantage of the blip in the continuum? Me doth think not.

This is a neat idea that’s been hinted at in at least two previous comedies. In Austin Powers: The Spy Who Shagged Me, Dr. Evil, having time-travelled back to 1969, sings the chorus of the 1995 Joan Osborne hit One of Us, claiming he wrote it. The joke doesn’t go any further.

The scenario is used to better effect in Back to the Future, when Michael J. Fox’s Marty McFly floors the high-school promsters in 1955 with a rendition of Chuck Berry’s Johnny B. Goode, still three years away from being released. The song prophesied rock ’n’ roll eminence and, intentionally or not, hinted at the appropriation of black music by white musicians.

So, is Yesterday a one-trick Dig a Pony or did renowned British screenwriter Richard Curtis and the great British filmmaker Danny Boyle turn a cute hook into something meaningful? The answer is that the duo tries for the latter, but doesn’t quite nail it.

Curtis, who wrote Yesterday’s script, is basically the pen behind every British romantic comedy you have ever seen, including Four Weddings and a Funeral, Notting Hill, Bridget Jones’s Diary, Love Actually and, most relevantly, About Time, a time-travelling Groundhog Day without the marmot but with Rachel McAdams.

The com-half of Yesterday’s rom and com is often delightful, in the straight-faced British tradition. I like the notion that Oasis doesn’t exist (because without the inspiration of John Lennon, those derivative rockers would be nothing, right?). The film’s rom doesn’t really work, though. We’re supposed to believe that Jack and Ellie (Lily James, from Cinderella, Baby Driver and Mamma Mia! Here We Go Again) have secretly loved each other all their lives, but neither ever felt comfortable revealing their feelings. Neither of them seem to have had any serious relationships along the way. What was preventing their romance is never made clear.

Both lead actors are solid if unspectacular. Better are the supporters: Joel Fry is a lovable rock ’n’ roll roadie and Saturday Night Live’s Kate McKinnon is pitch-perfect as a hard-boiled record-biz broad. And Sheeran? He acquits himself well, and is a great sport given that he is humbled by the greatness of sweet Beatles music compared to his own. A bit on the nose, that.

Mind you, the Lennon-McCartney (and occasional Harrison) songs are handled with the right touch of irreverence. Jack’s parents keep on interrupting him when he attempts to “debut” Let it Be on the living-room piano. “It’s very pretty,” his father remarks. Later, at Sheeran’s suggestion, Hey Jude is renamed Hey Dude. (The inclusion of I Saw Her Standing There is surprising, given the unseemliness of, “She was just 17, yeah, you know what I mean.” Yes, we know you mean, and you should be ashamed of yourself Paul McCartney!)

Where the film looses its charm and originality is in Jack’s disillusion with his (fake) fame. Hippie-dippy All You Need is Love stuff takes over. At his album launch on top of a seaside pub, Jack performs a punk version of Help that angrily speaks to his frustration, loneliness and metaphysical crisis.

“Help me get my feet back on the ground – won’t you please, please help me?” Yesterday has great fun with a great premise. But the song-based rise-and-fall story line? Sounds like something we’ve heard before. 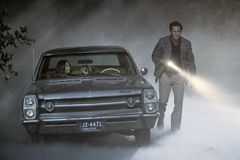 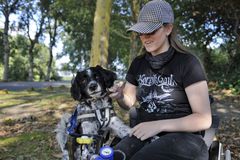 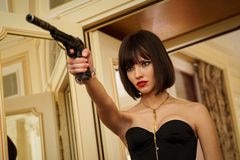