Here is a question that I have pondered too many times while alone in the dark: What is the essence of a bad movie?

For some audiences, a bad movie is the product of ill intentions and worse executions – a cash grab, a crass appeal to our basest instincts, an exercise in hollowness, an artless exploitation of the medium. For others, a bad movie can be an interesting effort waylaid by myriad factors – a noble failure or misbegotten mess. From my experience, the truth lies somewhere in between. There is not just one kind of bad movie, just as one viewer’s masterpiece is another’s migraine. To paraphrase former U.S. Supreme Court Justice Potter Stewart: I know it when I see it. Or, for a more appropriate paraphrasing, let’s turn to cartoon film critic Jay Sherman: When a movie stinks, “It stinks!”

Paul Verhoeven’s Showgirls, though, does not stink. I mean, plenty of moviegoers and critics thought it did when the Las Vegas-set drama/musical/comedy/thriller/romance/sexploitation/satire was released in 1995. Branded with the dreaded NC-17 rating – which would likely mean nothing today, given how little classification matters in the streaming age – the nudity-filled Showgirls was all but burned in effigy by the industry, held up as an atrocious example of directorial excess, screenwriter hubris and dreadful casting.

The Globe and Mail’s Rick Groen was in tune with his colleagues when he gave it zero stars. Star Elizabeth Berkley’s career was instantly snuffed out. Screenwriter Joe Eszterhas was run out of Hollywood (don’t feel too sad for the Basic Instinct and Sliver scribe; it was a long time coming). I still can’t think of co-star Kyle Maclachlan without picturing a water-spouting dolphin statue mimicking his moment of poolside ejaculation.

And yet: Showgirls is not, by whatever definition you might want to apply, a bad movie. I didn’t think so when watching the film for the first time a decade ago – hey, I was underage in the mid-1990s and not nearly rebellious enough to sneak into a movie – and I’m even more convinced now, after viewing Jeffrey McHale’s new documentary-slash-cultural-theory-dissertation, You Don’t Nomi.

A look at Showgirls revisionism is not new. Canadian film writer Adam Nayman wrote an entire book on the subject, the bluntly titled It Doesn’t Suck: Showgirls, six years ago. And thanks to Verhoeven’s successful return to the European film circuit with 2006′s Blackbook and 2016′s Elle, the critical community has not been lacking in reassessments of his Hollywood career. In fact, Showgirls might be the only movie of the past 25 years to have spawned such a successful after-the-fact cottage industry. It’s tempting to approach You Don’t Nomi – named for Berkley’s title character – with exhaustion. All right, maybe it doesn’t suck! We get it! Sorry, Paul and Elizabeth and (sorta) Joe!

But McHale, in his documentary debut, seems well-aware that his film’s conversation has been going on for some time. By turning to a handful of admirers and detractors, and then juxtaposing their arguments with extremely well-edited clips of Showgirls and Verhoeven’s entire filmography, McHale not only makes a compelling case that the movie was deeply misunderstood a quarter-century ago, but that what we talk about when we talk about “bad” movies needs a course correction.

Via his roster of disembodied talking heads – interestingly, we only hear the critics, including Nayman and fellow Canadian Haley Mlotek, and never see them – McHale is asking questions that are as nervy as they are necessary: Are disaster artists such as Verhoeven more focused on the latter or the former of that categorization? How thought-through is the act of slapping something a failure? Are we too quick and too comfortable with group-think to do the work of puzzling out just what a filmmaker is saying, or trying to say?

Accordingly, McHale isn’t adamant in pushing any monolithic reappraisal. The hosannas of Nayman and the camp-infused admiration of David Schmader – the latter of whom was so passionate in his initial defense of the movie that he was invited to be its special-edition DVD commentator – are contrasted by Mlotek’s insight into its misogynistic through-lines and former San Francisco Examiner critic Barbara Shulgasser-Parker’s sharp, enjoyable snarky dismissals. More than forcing Showgirls into a good/bad binary, McHale uses the film as a case study in critical perspective, a Rosetta Stone on cultural contrarianism.

For at least 60 of its 92 minutes, that is. Regrettably, the back third of the film – focusing on the curious arc of Berkley’s career and the unofficial spin-off culture that Showgirls sparked – feels composed of filler material, as if McHale were desperate to stretch a tightly argued cinematic essay into a more marketable feature-length doc. But perhaps, in accordance with You Don’t Nomi’s subject, this is all intentional. Maybe arguing the merits of a quote-unquote bad movie through the means of an imperfect documentary is the only option that makes sense.

I have the distinct feeling, though, that somewhere in Europe, Verhoeven is laughing his ass off.

Film Review
The Rest of Us is captivating Canadian drama of people behaving anything but badly
Subscriber content
June 24, 2020 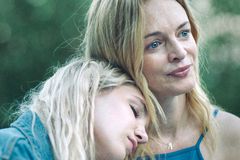 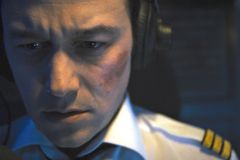