Writer-director Noah Baumbach has made a wonderful movie: sweet, funny, sad, insightful and even beautiful. But to any couples who decide to watch Marriage Story together: Neither of you may survive the film. Its eagerness to peel back the ugliest of our emotional impulses will, inevitably, hurl questions at every intimate interaction you’ve ever had. This is a film, like the very worst cases of divorce, that will break people. But unlike some rock-bottom uncouplings, Marriage Story is not cruel. It is only honest. (Opens Nov. 22 in Toronto, Ottawa and Montreal; Nov. 29 in Vancouver, Edmonton, Victoria and Calgary; and Dec. 6 on Netflix)

A sensual and heady stew of romance, family drama, police procedural, political polemic and ghost story, Atlantics marks the debut of a ferocious talent in Mati Diop. In Dakar, the young Ada (Mame Bineta Sane) longs to be with construction worker Souleiman (Traore), but she has been promised to another, and he sees no future in Senegal. But after Souleiman and his fellow workers leave the country for some vaguely brighter prospects, tragedy strikes on the Atlantic ocean. And then the story takes an unexpectedly haunting turn. (Opens Nov. 22 in Toronto; Nov. 28 in Winnipeg; and Nov. 29 in Montreal and on Netflix)

If you are coming to A Beautiful Day in the Neighborhood expecting a detailed dramatization of the life and career of children’s television entertainer Fred Rogers, then you should look elsewhere. Perhaps in the direction of last year’s documentary Won’t You Be My Neighbor? Director Marielle Heller doesn’t focus on Mister Rogers exactly, but uses the man – or, at first, the idea of the man – as a springboard for examining the joys and pains of family, the poison that is suppressing your feelings, and the constant emotional rigour of operating in this world. (Opens Nov. 22)

The Report is a breakneck film that reveals the massive undertaking and exasperating challenges faced when trying to hold a government agency accountable for atrocities it actively tried to hide. The Senate Select Committee on Intelligence compiled the stomach-churning report into the CIA’s “enhanced interrogation techniques” (a fancy way of saying torture) on detainees during the “war on terror” era. Now it’s been given the cinematic treatment, starring Adam Driver as Dan Jones, a committee staffer who is given the task of uncovering what he can about the wrongdoings of the CIA. (Opens Nov. 22 at the TIFF Lightbox in Toronto, and Nov. 29 on Amazon Prime Video)

In 21 Bridges, Chadwick Boseman’s sharp detective Andre Davis has a self-imposed deadline of 5 a.m. to solve a cocaine heist gone bad and multiple cop killing that happened at midnight. To keep the two suspects in Manhattan, it is decided to block off the island’s exits to keep them from vanishing. The premise is a manufactured one, amplified by police cars roaring to the city’s bridges with lights flashing and tires skidding. After that it’s all about the chase and the spoon-fed suspicion that something doesn’t quite add up. (Opens Nov. 22)

For all the many millions of dollars thrown at Frozen 2′s next-generation computer animation, and the many millions more devoted to the film’s various artisans and voice performers and musicians, the new film simply doesn’t sing. Not, at least, like its predecessor, which arrived in 2013 as a curiosity and left that same year as a cultural typhoon. Whatever cinematic alchemy enriched the original Frozen to such delirious heights – from the playful animation to Idina Menzel’s to-the-rafters rendition of Let it Go – has since been crystallized in time, never to be thawed. (Opens Nov. 22)

The stilted and sluggish Vita & Virginia is a new film adaptation of Eileen Atkins’s 1992 play about Woolf’s romance with Vita Sackville-West. The film, which stars Elizabeth Debicki as Woolf and Gemma Arterton as Sackville-West, relies substantially on the letters the two women wrote to each other over the course of many years. It means there’s a lot of concentrated writerly prose to listen to, the sort that was never intended to be read aloud. Maybe dramatizing their correspondence would have worked if it had been paired with convincing dialogue. (Available Nov. 26 on VOD)

Writer-director Trey Edward Shults’s newest screen endeavour, Waves, is a film about many things. It’s a film about black spirituality, black families, black men and boys, black women and girls. It’s a film about black masculinity condensed to its most palatable or even reactive form; a story that positions black girlhood as an all-remedy salve. What’s most unfortunate about Waves, however, is that it is a perfect study of a filmmaker using vague overtures to blackness as flattened, aesthetic material. (Opens Nov. 22 in Toronto, and Dec. 6 across Canada)

Film critic Barry Hertz offers three cinematic bets that are worth your time this weekend: One Cut of the Dead on the streaming service Shudder, which specializes in horror and other films of genre extremes; Brittany Runs a Marathon on Amazon Prime Video; and Private Life on Netflix. Read our snapshot reviews of the films here.

Film Review
What’s new in films this week, from the robotic and repetitive Terminator: Dark Fate to the murky mess of Motherless Brooklyn
Subscriber content
December 30, 2019 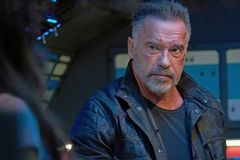 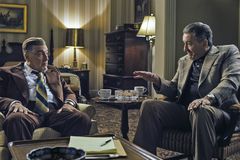 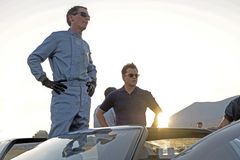