Upon its initial release, Ruben Fleischer’s Zombieland was a critical and commercial success. Following a ragtag group of survivors in the months after a zombie outbreak, the gory horror-comedy was one of the aughts’ freshest iterations of the genre. But in the 10 years since Zombieland was released, a lot has changed. Beyond shifts in world leadership, technological advances and climate change getting really scary, much like vampire movies, zombie-centric media is dead. Which is why despite being a fan of the original, I wasn’t so sure whether we needed Zombieland: Double Tap. I was mostly right.

Double Tap takes place a decade after the conclusion of Zombieland. The characters, still only known by their cities of origin, have set up camp in the White House and are now fully able to defend themselves from the monsters with ease. And while Little Rock (Abigail Breslin), who was a preteen in the first movie, has aged into a young adult, beyond that we don’t see much of a difference in the world of Zombieland as Columbus (Jesse Eisenberg) once again narrates the film.

If you’re like me and can’t stop thinking about the logistics of surviving a zombie apocalypse for 10 years, you have to turn a certain part of your brain off and just try to enjoy the laughs. You have to ignore that Little Rock and her older sister, Wichita (Emma Stone), have highlights, tailored jeans and full faces of (natural-looking) makeup. You have to pretend that it makes sense that Tallahassee (Woody Harrelson) has an endless supply of guns, ammo and tools. You have to really pretend that Columbus is able to lug around his pristine luggage with no issues.

Of course, the gang’s blissful living in the White House isn’t that great, again not because of the actual zombie apocalypse, but because of feeling emotionally in a rut. The sisters separate from the group, leaving a broken-hearted Columbus to pair up with a girl named Madison (Zoey Deutch), whom he meets at an abandoned mall. Despite playing on every dumb blonde joke possible, Deutch becomes a standout. Taking over every scene she’s in with expert delivery, she acts as a perfect foil for both a jealous Wichita and a hurt Columbus as they explore whether or not they belong together or are in love because of circumstance.

As the film progresses, it becomes increasingly predictable. There are few genuine thrills because we know the gang will save the day – the stakes are low even when a new breed of stronger and better-adapted zombie is introduced. In Zombieland, as funny and gory as it was, seeing a group of people who felt isolated before the apocalypse finally find a sense of belonging postoutbreak was genuinely touching. Double Tap tries to emulate the exact feelings of its predecessor, but the stakes aren’t anywhere close to high enough to warrant any real touching moments.

Still, because of stellar performances all around, Double Tap still proves to be a perfectly acceptable sequel. Gags abound as the group continues to explore the United States, and the film still proves to be laugh-out-loud funny. Acting as much more of a fan-service product (the postcredits scene is maybe the best in ages) than an actually necessary sequel, Zombieland: Double Tap won’t leave diehard fans of the first film too disappointed. 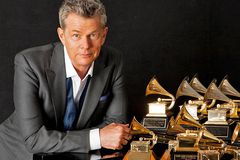 Film Review
The warmly acted April in Autumn could have spent more time with its titular character
Subscriber content
October 17, 2019 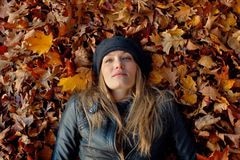 Film Review
Greener Grass: The dark comedy where a better lifestyle is always a tweak away
Subscriber content
October 17, 2019 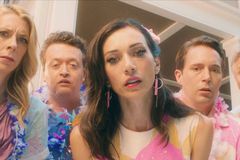