Interest in Jeff Barnaby's "bare-knuckled cinema" began to build right from the release, in 2004, of his first film, an 11-minute surrealist allegory titled From Cherry English. It continued unabated through his next two short films, 2007's The Colony and the Genie-nominated File Under Miscellaneous (2010), reaching a peak of sorts last fall with the debut of his first full-lengther, Rhymes for Young Ghouls, at the Toronto and Vancouver film festivals.

Set on a fictional Mi'kmaq reserve in 1976, Rhymes is the story of Aila, a plucky 15-year-old running a dope ring in the shadow of a vicious residential school and a psychotic Indian agent. Barnaby is Mi'kmaq himself, born in 1976 on Listuguj First Nation in southeastern Quebec and subsequently educated at Montreal's Dawson College and Concordia University. He spoke to The Globe by phone from Montreal.

Where did you get the titleRhymes for Young Ghouls?

It's actually the title of a book of children's poems from the seventies, really obscure, by [self-published author] Tab France. I found it in Maine, in a place called the Big Chicken Barn, while I was writing what turned out to be Rhymes and I thought at the time, 'Wow, that's a great title for a movie!' There's a section in the film – it's where the kids are being punished by the priests in the school – where rhymes are being beaten into them to help them remember their prayers. But it ended up on the cutting-room floor. It was supposed to put everything together, of the rhymes representing the cultural oppression of the church and how these kids end up turning into these dead, walking, soulless individuals. But when it was cut [laughs], it almost turned into a Reservoir Dogs-like title where everyone's scratching their heads, wondering what it means! It almost ended up being called The Kingdom of the Crow.

Your films are very eclectic, using elements like split-screen, time shifts, animation, and they draw on not just the tropes of other filmmakers like Scorsese, Kurosawa, David Fincher, but stuff from music, literature, comics …

Film is just an amalgam of all these other art forms – photography, drawing, drama. It's one of the main reasons I like it. Coming from a literary background, a music background, a fine arts background, I'm able to do all these things in a different format, which is film, and add another art form, which is editing. I also have the attention span of a housefly. What's great about film is how all the different parts to the process – writing, storyboarding in preproduction, the insanity of shooting, putting it all together and so on – play to that. It's almost a natural extension of who I am and the way my brain works.

You've written poetry. There seems something quite Homeric about Rhymes for Young Ghouls where you have Aila's jailbird father returning home after a long absence, like Odysseus, and finding his daughter is a sort of queen of the reserve, his house overrun with revellers. How intentional was that?

Very. Ceres [the female native elder who runs Aila's marijuana grow-op] is actually a name of a Greek or Roman goddess of agriculture, I think. That stuff fascinated me as a young boy and I think a lot of the structure of what the Greeks did in drama is perfect. Just the structure of The Iliad itself or any Homeric work, it's something that can lend itself to any narrative form. My philosophy is pretty straightforward: If it's not broken, don't fix it. So when I started to write the story I just started to look at all these classical forms and literature and notions of story structure and put it through my filter. Being an artist today, you have so much material to choose from. And it's not something I try to avoid: I grab stuff from everywhere almost by virtue of osmosis. Like Stephen King says: 'If you want to be a good writer, be a good reader.'

Rhymes for Young Ghouls opens Jan. 31 in Toronto and Ottawa, on Feb. 14 in Vancouver and in Montreal on Feb. 28.

Film Review
Rhymes for Young Ghouls is a grim story of survival
January 31, 2014 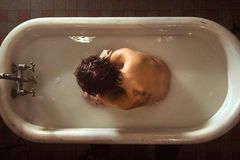 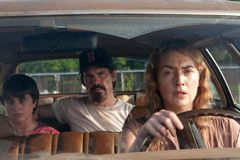 Film Review
Visitors: A film that’s trapped inside its own narrow concept
January 31, 2014 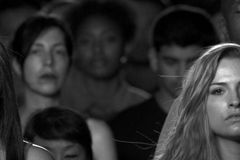 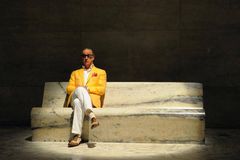 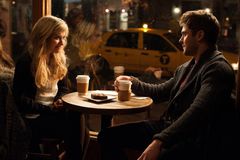