If de Botton has indeed succumbed to the temptation to click and watch the trailers, he has no doubt experienced the sense of stress coupled with shame that any sensitive art specialist might feel on viewing this bald attempt to overstimulate, titillate and frighten. It draws on stereotype, caricature, the most old-fashioned kind of sexism (lots of half-naked women, threatened in the burning desert by monster-men in supercool weapon-cars). It doesn't pretend to have wisdom; what it has is style. It couldn't possibly be improving in the way that de Botton insists art is.

De Botton's recent projects have all revolved around the idea of art as therapy: Last year he curated shows of visual art on this theme in the Netherlands, Australia and Canada (Art Gallery of Ontario). The shows involved a variety of images from different periods of history, mostly pretty or soothing, with texts explaining how they could make us kinder or enable us to sleep better. Psychological health through art and literature has been de Botton's idée fixe: He founded a kind of psychotherapy institute in London called The School Of Life, where clients pay for courses that rely heavily on literary texts and paintings as inspiration, on subjects such as marriage, child-rearing and choosing a career.

Recently de Botton has had the excellent opportunity to stress his themes, because of a debate in Britain over the underfunding of the humanities in universities. He is not sympathetic to the academics who, he argues, have made art unpopular by insisting it is an end in itself, not a means to a better world. "Culture must have a purpose," he says. He wants to see universities teach art and history the way Oprah would, as pathways to relationships and health. He suggests replacing traditional departments of English and French with a department for relationships and an Institute of Dying, and so on. This will solve the problem of the unemployed arts graduate, for arts majors will become sought-after troubleshooters in every field.

It sounds horrible to me, but then I was raised by the useless art school. And by Mad Max.

What is the value of the Mad Max series of films (a trilogy I know by heart, like anthologized poetry)? It is lascivious and horrifying: One is agitated by the violence and dizzied by the costumes and design. Its principal contribution to culture is without question superficial; it is an exploration of a highly sexualized fashion. The new film promises even more frightening fashion, giving characters a number of fanged-face masks and other muzzle-like devices.

The story lines are always simple, predictable and somewhat sentimental; there are good guys and bad guys, and the supposedly amoral loner hero (who, like his forebears in U.S. westerns, always ends up saving a kid despite himself). They also contain occasional silliness that can only be interpreted as self-mocking – there are characters in the new film called The Dag, Rictus Erectus, Slit and People Eater. This is childish.

The elegant violence cannot be said to be an allegory for any real war or social issue. The films do not present hope. The young men who go to see this $100-million chase sequence will emerge from the cinema feeling rather pumped up and there will be more fights than usual in the pubs.

De Botton says art can serve as propaganda for the good things in life – sensitivity, noble sadness – or as counter-propaganda to the materialism disseminated by celebrity culture and "the media." But he has little good to say about art that is propaganda for Charlize Theron in a tank top. In one of his videos, he says art should be "a constant source of support and encouragement for our better selves."

So why is it that this film is exciting to every intellectual I know? Why are so many of them already making plans to see it drunk or high?

To exacerbate its intensity, of course; to experience danger.

But also because the artistry of its maker is legendary: director George Miller showed, over the course of three uneven films, that almost nobody else can edit a flaming car crash using the footage of four or five cameras with his panache and timing; no one else has his sense of the widened, bloodshot eyeball in the split-second before impact.

The beautiful Tom Hardy and the beautiful Theron – both technically skilled actors; I know nothing of their moral virtues – abet my enthusiasm. What I am looking forward to here is sheer aesthetic pleasure. It's absolutely nothing but style. Unlike de Botton, I want to stand up for art in the service of wickedness. This art cannot make me better; what is exciting is the fear that it might actually be making me bad. 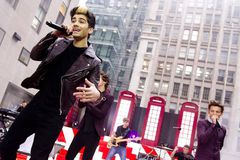 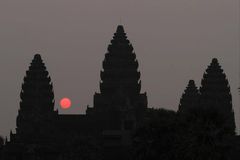 Russell Smith: Bruce LaBruce and the power of the underground
March 13, 2015 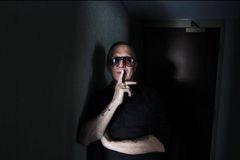