I should start this column by disclosing that I am lying. Lying in the sense that this isn't really a reported "scene" piece from my fifth day at the Toronto International Film Festival – jeepers creepers, is it only Day 5? – but actually a piece about something I took part in a few days before the festival. But it's happening during the festival and you, reader, can take part in it now, if you want. So I hope it's useful, even if it's not a report filed directly from the front lines of my own lived experience.

What is this enigmatic "thing" around which I am building such an inscrutable, positively McLachlanian mystery? It's POP VR: a virtual reality short film immersive installation … thing … happening later this week as part of TIFF. (Tickets went on sale yesterday, which is why I'm writing about it now.)

As a skeptic/cynic/realist, I'm always a bit apprehensive about virtual reality stuff. Not in some anxious, apocalyptic way where I believe we're all going to become addicted to VR technology and civilization will crumble like in Gamer or eXistenZ. As I told a friend who asked me why I wasn't going to see the new episodes of British sci-fi series Black Mirror at TIFF, I find technology helpful and more or less un-scary. And civilization is already an open-air garbage fire as it is. No, I'm uneasy about this stuff because I'm unconvinced that it's any good, that it is actually immersive and realistic or at-all convincing.

So I'm rather happy – if a little beside myself – to report that the installation/films/experiences/things being mounted at POP VR are really pretty great. Not only that, they're good for varied reasons that speak to the potential and elasticity of the format.

POP VR's "cutting-edge lineup" assembles five virtual reality "projects" (the preferred nomenclature), which you view by putting on a big headset thingamabob and a pair of headphones. The projects themselves are streamed from a Samsung Galaxy phone, which is itself impressive.

The most convincingly transporting is KÀ The Battle Within, a Cirque du Soleil adaptation where you watch as rival clans of acrobatic ninja clowns skirmish with one another. It is absolutely, 100-per-cent stupid. But in that same fun way that roller coasters or the movie Commando is stupid. And it feels truly immersive. You turn your head to get different vantages on the action unfolding around you. It's cool.

Even more interesting are the documentary projects, especially Ch'aak' S'aagi (Eagle Bone) and Right to Pray. The former is a reflection on indigenous cultures in the Pacific Northwest, while the latter is a short doc about a group of female activists lobbying for access to a sacred temple. As it applies to documentary storytelling, VR convincingly represents a new (or at least emerging) form.

By immersing the viewer in "action," these films create the sort of ambivalence that documentarians have been striving for since cinema's inception. When you're inside them, you feel like you're just sort of there – a detached eyeball observing everything around you. (I mean, the actual anthropological ethics of this are obviously more complicated, as they have always been with documentary filmmaking. But still.)

Is this VR tech still something of a newfangled, gizmo-gadget sideshow carnival attraction thing? Sure. But so was cinema itself when it emerged 125 or so years ago.

The Birth of a Nation leaves TIFF the way it came in – a question mark
September 11, 2016 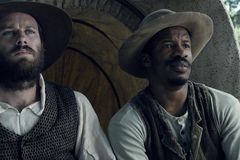 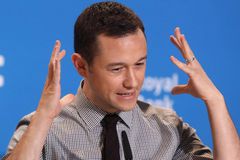 How did the TIFF crowd respond to controversial film The Birth of a Nation?
September 10, 2016 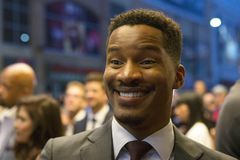