In terms of things you can watch, the early history of cinema is a vast graveyard. The worldwide survival rate of silent films may be as low as 10 per cent.

We know the names of many of these ghost films, and some of the plots. That was enough for Winnipeg filmmaker Guy Maddin to reshoot, in his own way, a dozen old titles during 13 hectic days at Montreal's Phi Centre.

Several of those source titles were historically important: the first Dracula film, the first Filipino feature, the first Chinese mystery film. Refilling those empty husks with new content was an homage not just to lost cinema in general, but to particular landmarks of the medium.

The result of the Phi Centre sessions, and of 18 more recreations at the Pompidou Centre in Paris, was a cache of short films that Maddin and co-creators Evan and Galen Johnson used as raw material for two related projects.

One was a feature called The Forbidden Room, which won a $100,000 award from the Toronto Film Critics Association in January. The other is a lost-film generator called Seances, which debuted at the recent Tribeca Film Festival and has just gone online on the National Film Board's website.

Each time you click on the site, a customized algorithm using software devised by Halifax-based Nickel Media rummages through Maddin's trove of scenes and pulls together a 10- to 13-minute film that, as the co-producing NFB says, has never been seen before and will never be seen again. Even the title is unique.

I've looked at seven of these spontaneous automated edits, and could easily look at several more. Since practically every scene leaves you hanging, Seances can be addictive. Every new iteration gives you a different fragmented view of the same cinematic fantasy world.

Maddin has spent three decades emulating the look, style and conventions of silent and early sound film. He is a master of the inauthentically old and the artificially decrepit.

He loves the feverish tone and stilted dialogue of early film, and riffs endlessly on its photographic quirks and flaws. Seances includes scenes shot in murky or unevenly tinted black and white, and in colour processes that look like yesteryear's abandoned experiments. At times the film blisters before our eyes, or pixelates with the outline of a brief phantom image.

The cast for Seances and The Forbidden Room – named for a 1914 star vehicle for Lon Chaney – includes European stars such as Charlotte Rampling and Mathieu Amalric, and Quebec talents such as Roy Dupuis and Clara Furey. As usual with a Maddin project, it's hard to say whether any of them is doing a good job, because they're all trying to recreate a lost form of expressivity that often looks like camp. Acting, for Maddin, is a kind of performative archeology.

As a concept, Seances should be catnip for film buffs susceptible to the romance of lost cinema. But the more you look at this project, the less lost it becomes. My seven experiences had a number of overlaps, in which the same scene played in a different context. These recurring scenes each gained an altered meaning, but collectively they all meant that Seances is also about memory. That's especially true if you've seen The Forbidden Room, which draws on the same material. The surrealistic shorts produced by the Seances film generator are bound to look like disruptive remixes of the feature.

In that respect, Seances foregrounds the way in which films feed on other films. Maddin's whole output practices this with unusual transparency, and the Seances algorithm is its apotheosis. It's the cannibal machine that endlessly gobbles and regurgitates films that are themselves formed from the tropes and technical oddities of much earlier films.

Seances also pulls cinema toward the condition of a performing art. This was part of the making of the source material, which was shot within view of a remote live audience. The algorithm, in turn, produces a new selective performance of the scene inventory every time.

Maddin and the Johnson brothers press the point by making it impossible to pause or share the iteration you're seeing. What begins as a film ends as an unrepeatable event. When it's over, a Twitter link pops up, inviting you to report that you've just seen a film no one else can see. There's also a record of where and when this particular reel was "lost" – namely, when it left the screen forever and entered your consciousness.

But that's not loss – it's the replacement of a thing by an experience. And as always, the experience of seeing any Guy Maddin film, as openly derivative as it may be, is unlike anything else in cinema.

Seances is available online at seances.nfb.ca. 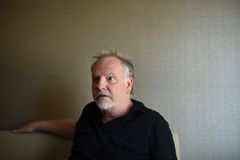 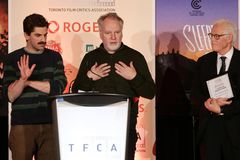 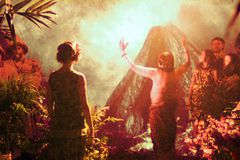