How much can you learn about a person in five minutes? Well, seven minutes and three seconds to be exact, which is how long I was gifted an audience with Sarah Silverman during this past September's Toronto International Film Festival.

The quick grin-and-shake and two-question routine wasn't Silverman's fault. Access to celebrities, especially during the heightened atmosphere of TIFF – where everything seems as if it's in a constant state of fiery end-of-world crisis, all the time – has been increasingly shaved down over the years.

Studios and distributors know they need to give journalists only a small window to ensure coverage, and are keenly aware that outlets are desperately hungry for clickable content, even if it's ultimately inconsequential. If the name of the film is out there, that's often enough. Plus, if talent is given only, say, seven minutes and three seconds to talk about a project, there's little chance they'll say anything too controversial or negative about whatever it is they're promoting. Everyone wins – except, you know, the journalist, and the audience hoping for something substantial, and likely the star, who might come off looking like a vapid halfwit.

Which is why it was a delightful surprise when Silverman interrupted our (very brief, very shallow) interview to commiserate on just how awful the media-tour-as-cameo experience can be. "You're so far away, I can see it in your eyes. Like, 'One fucking question and that's it?'" Silverman told me, cutting off my (truthfully worthless) interview. We had just traded a few introductory Rosh Hashanah jokes when a PR rep poked her head into our hotel boardroom and indicated I had but one question left, having stepped inside the room not two minutes earlier. It was journalism by way of speed dating.

"That's it, huh? Like, uh, write a really nice piece, you have 30 seconds!" Silverman said, adding that I was her last interview of the afternoon and we could stretch things out. It was a nice thought, and I have no doubt it was genuine. Of course, in the micromanaged world of junketing, not even the star of her own film can dictate how her day might play out, and she was whisked away at the seven-minute-and-three-second mark. But the thought was nice. Really.

As for what I was doing talking to Silverman in the first place: Well, no doubt the distributor that arranged the interview would love for me to write a gushing profile of Silverman's determined and brave performance in the new drama I Smile Back. And indeed, Silverman shines in director Adam Salky's indie, playing a suburban mother of two who engages in a painful battle with addiction and depression. It's actually a far better performance than the film deserves – a succession of gut punches surrounded by wishy-washy wheedling.

It's also a welcome departure for the actress, widely known for her scatological stand-up act, but, in smaller circles, still cherished for her equally dramatic and brilliant turn in Sarah Polley's Take This Waltz. I Smile Back, or at least Silverman's performance in it, proves that when the right opportunities come along, some artists are capable of remarkable range.

But because we had only that seven-minute-and-three-second meeting, I can offer you only so much. I can tell you Silverman drew on her own experiences in the anxiety-plagued world of stand-up comedy to help her relate to the character ("I haven't struggled with addiction, but as a comedian I'm embedded in that world"), and I can tell you she yearns for the opportunity to work with directors such as Polley and Salky, who value her strengths as a dramatic actor ("Twenty-five years into a career, and a couple of people saw me in a new way"). Oh, and I can tell you she laughed at my go-to Semitic joke (in which I say I'm not really religious, merely "Jew-ish").

Yet if it's deep insight you're seeking, or a reasonably sized peek into Silverman's artistic choices and passions, in her own words, then I'm afraid there's not much I can do for you, not this time. You just can't learn that much about someone in seven minutes and three seconds. You can, however, discover much about the world of movie marketing. 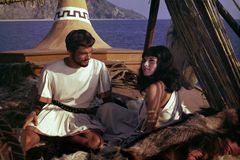 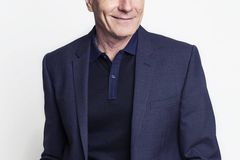 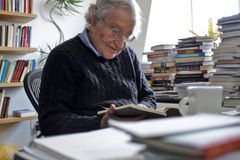