It's an irresistible story: Writer/director John Carney (Once) decides to hold open auditions for his new film, Sing Street. In cities across Ireland, lines of hopefuls snake around the block. A discovery is made. A star is minted. Next thing he knows, he's at the premiere, sitting next to Sting.

Ferdia Walsh-Peelo, who hails from Ashford in County Wicklow, nearly missed his moment: When he saw the five-hour queue ahead of him, his first impulse was to go home. But he stuck it out, sang Blackbird – "I was mad into The Beatles at the time," he says – charmed the room and got the gig. (The film opens in select cities Friday.)

Now here he is in a Toronto office, dressed like a baby rocker in black turtleneck, jeans and boots, with long dark hair and a megawatt grin, a few months after triumphant screenings at January's Sundance Film Festival. He didn't just sit next to Sting – after the credits rolled, he climbed on stage and played acoustic versions of the film's songs, for the rock star and the other 2,000 people in the audience. "It was so crazy, but it went down a bomb," he says.

At 16, Walsh-Peelo is full of beans (he never stops moving), confidence and Irish charm. A boy soprano, he's been on stage since age seven, when he began entering – and winning – singing competitions both local and national. At 12, he toured his country in the Opera Theatre Company's Magic Flute; he's also sung with the National Symphony Orchestra of Ireland. But he's still green enough that his mother, the soprano and singing teacher Toni Walsh, sits in on his interviews. "I need my mammy to look after me!" he says, beaming at her.

Fourteen when he auditioned for Carney, Walsh-Peelo talks about that like it's ancient history. "I was reading the book Yes Man, and I was really into saying yes to everything," he rattles off, as if it's one long Irish word. "So when I heard about the audition I was like, 'I'll do that!' You have to go to these things. Somebody is going to get them."

It's apt that Walsh-Peelo has a bit of magic to him – Sing Street is that kind of tale, unabashedly, un-ironically uplifting. Based on Carney's own adolescence, it follows Conor, a 15-year-old in the economically depressed Dublin of the early 1980s. His parents are unhappy (they married too young, but Irish law forbids divorce), and so broke that they pull Conor from private school and enroll him in Synge Street – a real, notoriously rough inner-city comprehensive, where the kids are brutal and the teachers are worse. But instead of giving up, Conor forms a band – for that age-old reason, to impress a girl.

"It's my story, but once I cast Ferdia as the lead, any similarities quickly faded," Carney says in a separate phone interview. "He's a confident, good-looking kid. I wasn't like that at all. That kind of joie de vivre was kept down in the early eighties in Ireland. It's a sophistication and a liberty that we couldn't afford at the time."

Miraculously, the real Synge Street allowed Carney to film there, which was crucial for him. "You couldn't cheat it in Ireland, it's too famous," he says. "But it's a progressive school now, it's a very different place from the place it was in my time. Once we made that distinction clear, they were happy to get involved." Two hundred local boys were recruited as extras, and gleeful mayhem ensued as they regularly erupted into fisticuffs and made off with school property. "Loads of them spit on me," Walsh-Peelo says, laughing.

Carney wisely shot the family scenes first, so Walsh-Peelo could learn from his professional co-stars – including Aiden Gillen (Game of Thrones) and Maria Doyle Kennedy (Orphan Black) as Conor's parents, and Jack Reynor (Transformers: Age of Extinction) as Conor's dope- and LP-loving older brother, Brendan. "I was frozen on the spot for a while, but eventually I learned," Walsh-Peelo says breezily. "You have to forget the camera is there and just get into it."

Although economic and social realities anchor the film and give it heft, what makes it soar is Conor's band's highly amusing whirl through eighties genres, from Duran Duran and Hall & Oates to The Cure and Elvis Costello, complete with wardrobe and hairstyle changes. (Carney wrote the songs with Gary Clark, who had a hit in 1987, Mary's Prayer, with his band, Danny Wilson.) Most charming are their pitch-perfect, shaky-cam music videos shot in back alleys – which look exactly like every eighties music video you've ever seen. The videos were Carney's favourite scenes to shoot, he says: "They really capture the sense of creativity, and the innocence of creativity, at that age."

Eighties pop was particularly resonant to him – "to all Irish people," he continues, "because we were so depressed. It was such a Technicolor world, and our reality was so different. You have to leave your cynicism at the door with this film, don't you? You have to jump on board. It's unashamedly a pop film, and a celebration of the optimism of youth. People are genuinely brought back in time by it, which is amazing. "

"There's so much heart in Sing Street that you don't really get in movies nowadays," Walsh-Peelo agrees. "I know it's a bit of a cliché: the guy gets the girl, he conquers his world. But there's just so much heart in it. It's a breath of fresh air."

It's also Carney's third music film, after 2007's Once (which starred then-newcomers Glen Hansard and Marketa Irglova, and won an Oscar for its song Falling Slowly), and 2013's Begin Again, starring Keira Knightley as a songwriter and Mark Ruffalo as a struggling record executive. When Carney was young, he "almost believed" that film directors wrote their own scores "as part of the drama of a piece, not just something a composer did toward the end of the process. I always responded more to music than to dialogue." When he writes a script, "the story and the music come up together, they grow alongside each other."

Neither the director nor his new star know what they're doing next. Carney wants to "take it easy for a while, mull over my next idea." Walsh-Peelo is "open to anything," he says. "I have so many options, I'm really lucky. I love doing music, acting, painting. I'm only 16 so I can do anything. But I don't even know what I'm doing in two weeks' time." He laughs. "It's hard to think that far ahead. I'm just going with the flow."

Whatever they do, the moral of this story is clear: Hope isn't easy. Luck is elusive. But in the right hands, they're contagious.

Editor's Note: An incorrect photo of actor Ferdia Walsh-Peelo was initially included with this column. The photo was of his co-star, Mark McKenna, not of Walsh-Peelo as stated. This online version has been corrected.

Film Review
Barbershop: The Next Cut means well but is plagued by willful naiveté
April 15, 2016 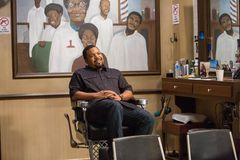 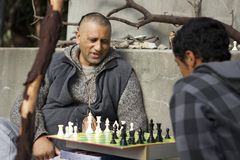 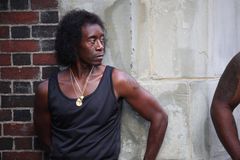