Cynics will be surprised to learn that neither of the two recently launched unmanned missions to Mars – one from the United States, the other from India – are promotional tie-ins to the new movie The Last Days on Mars.

But they are related, at least in the popular imagination. For while both missions, one on an orbital exploration and the other a surface probe, are intended to help understand the mystery of how the erstwhile angry red planet lost its water supply, they're both rooted in the dampening realization that there is no life on Mars. Or, if there is, it's of the purely micro-organismic variety, which is to say hardly in any position to launch an invasion of planet Earth any time soon.

Aptly titled, therefore, the British-Irish production, directed by Ruairi Robinson, may represent the final opportunity we have to imagine Mars as a place where malevolent alien forces await the unwary human explorer, and even then The Last Days on Mars resorts to "anomalous micro-organisms" to account for how an international crew of Martian dust-gatherers – led by Elias Koteas and vigorously defended by Liev Schreiber and Romola Garai – is suddenly transformed into rampaging zombie-like creatures who infect anyone they touch. It's Alien by way of The Thing via Night of the Living Dead, and its sheer resort to such formulaic familiarities suggests just how desperately the likelihood of no life on Mars – sorry, Ziggy Stardust – has let down our dreams.

Despite the fact that NASA is still predicting manned Mars missions by 2030, the planet has proved to be a disappointment. For centuries, it was the one planet considered the most likely to support something like life, and therefore became the repository of our most adventurous speculation.

It was the planet whence H.G. Wells declared his War of the Worlds and its various radio, film and television incarnations, from where the Invaders from Mars found their way to a terrified boy's backyard in the 1950s, where Robinson Crusoe on Mars was cast away to in the 1960s, and where Arnold Schwarzenegger's brain was programmed into believing it could venture to in Total Recall. Its redness made it eligible as a particularly handy paranoid political metaphor during the Cold War, its life-sustaining potential an inspiration for song, bubble-gum cards, TV series and pulp novels, and its long-range reflective properties an excellent mirror in which to see ourselves at our most ridiculous. Suburbanized, it gave us an especially silly TV show in My Favorite Martian. When the Pismo Beach-bound Bugs Bunny finally made the ultimate wrong turn and wound up there in the 1950s, he was greeted by Marvin, a pint-sized megalomaniac Martian with high-tops, a Roman-centurion helmet, a defective death ray and a dog as dumb as any in the known universe.

What the Mars probes of recent decades have revealed is a place where no dogs play, no men of the little, green or otherwise variety are to be found, and with fewer communists than you'll find at the average liberal arts college. Although breathtakingly and hauntingly beautiful, it seems to be empty: a vast desert of mountains, valleys and dry canals that looks like nothing more than Death Valley viewed through a pinkish Instagram filter tint. That's why those current probes are charged with inhaling the atmosphere above and scratching the surface beneath: to find out what happened to the water that might once have flowed there, and to speculate whether it might have once sustained forms of life so small even Marvin would have towered like a pocket Colossus above them.

These diminished expectations of life on Mars, that the best we'll probably find are traces of life forms visible only to microscopes, are what informs the premise of The Last Days on Mars, which is about what happens to a team of scientific investigators on the final day of a mission made all the more despairingly interminable by the fact that they've got to go home with nothing more than dead rocks and dust to show for it. But then, whammy: A crew member gets sucked into a pit where he's detected the possible existence of some of those anomalous micro-organisms, and when he comes back he's become a virally homicidal zombie-naut, and the countdown to the final survivor is on. It's a horror movie steeped in the last gasp of our Martian alien imaginings, that if the best we can hope for by way of life on the red planet is bacterial, then let it at least be bad-ass bacteria. Please!

Meanwhile, back here on Earth, we'll have to find other worlds on which to install our most romantic hopes and darkest fears. The atmosphere on Mars may be too thin and unforgiving to nurture life, but even the embattled climate there continues to sustain a thriving popular dream life. As the wars of our own world only become more frightening, we don't even really need a Mars to fear. There are invaders galore right here at home.

Film Review
The Last Days on Mars: A lifeless story for a lifeless planet
December 6, 2013 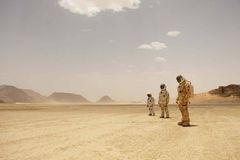 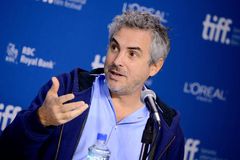 Behold a galaxy of films in which humanity has been cast adrift
September 12, 2013 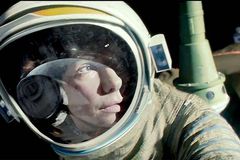 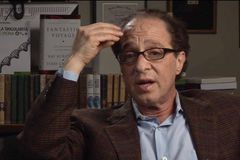 Red alert: There's now a Traveler's Guide to Mars
January 10, 2004
Follow us on Twitter @globearts Opens in a new window
Report an error Editorial code of conduct
Due to technical reasons, we have temporarily removed commenting from our articles. We hope to have this fixed soon. Thank you for your patience. If you are looking to give feedback on our new site, please send it along to feedback@globeandmail.com. If you want to write a letter to the editor, please forward to letters@globeandmail.com.
Comments