French author Raymond Queneau loved playing with words. In his 1959 novel Zazie dans le métro (Zazie in the Subway), about a teenager exploring Paris, he revelled in slang. The opening exclamation by Gabriel, 32-year-old uncle of the visiting Zazie, is "Doukipudonktan," a phonetic collapsing of "D'où qu'ils puent donc tant?" ("What makes them stink so much?").

This reliance on linguistic horseplay posed obvious problems for anyone trying to turn Queneau's bestseller into a movie. Director Louis Malle, fresh from the success of his then-scandalous movie Les Amants (The Lovers), resolved to do to the language of cinema what Queneau had done to French. He messed with it. The result is a whirligig of a movie, inspired and joyous in its carefree style.

Zazie dans le métro (1960) opens as Gabriel (Philippe Noiret), who performs in drag at a Paris nightclub, picks up his niece at the train station. Zazie (Catherine Demongeot, who was 9 at the time) is precocious, foul-mouthed, bluntly honest and baffled by the way adults behave. Passed off to Gabriel by his sister, who is keen to explore Paris with her latest lover, Zazie wants nothing more than to ride the subway - but can't, because there's a strike.

Furious at being thwarted and bored silly at the café-hotel where Gabriel and his gorgeous wife live, Zazie runs off to explore Paris. But that description is too straightforward. Malle uses every cinematic trick in the book - jump cuts, fast and slow speeds, optical illusions, elaborate choreography of routine movements, jaw-dropping stunts with Noiret atop the Eiffel Tower - to make this a breathless, dazzling ride. When Zazie tricks a man who has bought her lunch and blue jeans, the resulting chase is informed by Charlie Chaplin shorts, Tom and Jerry cartoons and anarchic live-action features like Hellzapoppin'.

Malle's film in turn clearly influenced such movies as Richard Lester's A Hard Day's Night, in which the Beatles jump about in Zazie-like ways. Less to its credit, the jumbled ending of Zazie, in which slapstick triumphs over coherence and amusement, prefigured the chaotic ending of the 1966 James Bond pastiche Casino Royale.

Noiret, marvellous here, had his first real taste of critical fame in Zazie and went on to a rich film career. That wasn't the case with Demongeot, who appeared in only three other movies. But even surrounded by comic mayhem and outsized characters, she holds the screen with her steady gaze and sharp tongue.

It's a tricky role, because the comedy has a dark undercurrent. The man who buys her lunch - a fast-talking salesman (Vittorio Caprioli) who reappears throughout the film as a police officer and a train conductor - may or may not be a pedophile. A pickpocket works the crowds. A mugger knifes a woman in the background.

Snatches of dialogue indicate that Zazie has had a rough home life. In some ways, she is streetwise. When the café's well-intentioned landlord tries to return her to her uncle, she tells the crowd that he has molested her. (He hasn't done anything of the kind.) But she is puzzled by other concepts, and asks her uncle at several points whether he is a "hormosessual," which she associates with his use of scent.

Bonus features on the Criterion DVD and Blu-ray include archival interviews with Demongeot (unco-operative) and Queneau (unrevealing), and a more illuminating talk with Philippe Collin, who as Malle's assistant director arranged for daredevil manoeuvres in a chassis-less car. "We obtained authorization fairly easily to go the wrong way down one-way streets," he says. "Perhaps life was simpler in Paris back then."

ALSO OUT THIS WEEK

The film of Mordecai Richler's decades-spanning tale of television producer Barney Panofsky (Paul Giamatti) arrives on DVD with several extras. An interview with Richler is only three minutes long, but an entertaining onstage interview with Giamatti lasts an hour. Giamatti notes that Barney's father is played by Dustin Hoffman while Barney's son with third wife Miriam (Rosamund Pike) is played by Hoffman's son Jake. "It's funny to me to see all the genes skipping a generation. It's like, that kid doesn't look anything like me or Rosamund, but he looks exactly like Dustin."

Director Zack Snyder (300, Watchmen), who wrote this story, has said that "anything I thought was cool got put in the movie." So, in computer-assisted fantasies that are sometimes inspired and sometimes numbing, the female leads (Emily Browning, Jena Malone and others) do battle with zombies, dragons and robots. The problem is the unpleasant main story, in which the captive women who are empowered in fantasy are repeatedly abused in reality. The Blu-ray offers an extended version, 127 minutes rather than the theatrical 110.

The Lord of the Rings: The Extended Motion Picture Trilogy (2001-03)

You knew this was coming. Buyers of last year's Blu-ray edition of the theatrical versions of Peter Jackson's three Middle Earth -earth films must now fork out more dough if they want Blu-rays of the lengthier - and more satisfyingly complete - versions Jackson prepared for home video. In this 15-disc package, only the six discs containing the movies (each is split over two discs) are on Blu-ray. The other nine, with copious bonus features from all past DVD sets, are DVDs. 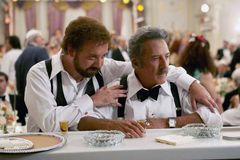 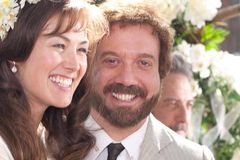 'Barney's Version,' 'Splice,' 'Incendies' land on TIFF's best of the year list
December 14, 2010
Follow us on Twitter @globearts Opens in a new window
Report an error Editorial code of conduct
Due to technical reasons, we have temporarily removed commenting from our articles. We hope to have this fixed soon. Thank you for your patience. If you are looking to give feedback on our new site, please send it along to feedback@globeandmail.com. If you want to write a letter to the editor, please forward to letters@globeandmail.com.
Comments