One of many things gleaned from reading Neal Gabler's dense, brisk and illuminating biography Walt Disney: The Triumph of the American Imagination is that several animated adaptations of fairy tales worked upon in the studio's early days never left the drawing board.

The story of Rapunzel - you know, the gal with really, really long hair who is imprisoned in a tower and found by a prince - hit the boards in the 1940s shortly after Snow White had her screen debut. But they obviously had difficulty figuring out how to get Rapunzel out of that tower and expand the tale's tendrils, so to speak. Until now.

Tangled, Disney's 50th animated feature, is a splendid tribute to the best moments from decades past but also a thrilling example of what could be the future of animated family entertainment from the studio. They really pulled out all the stops on this one.

Tangled is glorious-looking, action-packed and laugh-rippled with a few fine story-advancing musical numbers. It's a lively rendition of Rapunzel that swaps the social status of the two romantic protagonists, turns the old evil hag into a svelte passive-aggressive mother-type and adds two new animal characters (a cute chameleon who perches like so many twittering birds in cartoons of yore, and a fearless cop horse with the tenacity of a sniffer dog) that only Disney animators could so memorably portray.

The painterly look of hand-drawn animation from Disney's first golden era and the physicality of the best swashbuckling adventure films of that same time are delivered with the latest techniques in camera positioning, editing, special effects and 3-D to enhance the action to heart-pounding effect, underline gags and create romance.

The story's narrator and a main source of action, humour and, eventually, romance is Flynn Rider (Zachary Levi). Instead of a Brothers Grimm prince, we get this rakish thief, a bad boy (but with hero potential) obviously designed to keep the young male audience from spurning yet another princess movie. And he's up for the task. In a long action sequence, Flynn steals a jewelled crown from the castle, eludes the king's guards in an exciting forest chase and tumbles off a cliff into a deep chasm wherein lies a tall remote tower - the perfect place to escape his pursuers and stash the loot until things cool down.

But, gong! He's knocked out with a frying pan before he even lays eyes on the beautiful but not-so-helpless Rapunzel (Mandy Moore) with 20 metres of golden hair that almost seems like a living character. At this point we've learned Rapunzel's backstory. She's a princess (in the Grimm version she's the daughter of peasants) abducted as a baby and raised in confinement by Mother Gothel (Broadway star Donna Murphy) because her hair has the magical power to heal the sick and - pertinent to her captor - restore youth, so long as it isn't cut.

Tangled's writer and co-directors made their feature debuts with Disney's Cars and Bolt, movies about non-human characters and set in contemporary, or pseudo-contemporary times. Nevertheless, these guys are clearly steeped in studio tradition, conjuring up a rich pseudo-medieval environment and only rarely turning to current pop-culture references for a laugh or a jolt. Yet they are also right in tune with modern psychology.

In particular, the relationship between Rapunzel and the only mother she's ever known is the model of a co-dependent bond, with Murphy's show-stopper Mother Knows Best hilariously conveying the fear and guilt that have kept Rapunzel in the tower of her own free will.

But of course, Tangled finally gets the maiden out of jail. With her fake mother away and a handsome stranger literally tied up in her hair, Rapunzel finds the nerve to realize her only dream - to visit the source of the dazzling lights that rise in the night sky once a year, on her birthday.

When her toes finally hit the grass it's a delicious moment of joy mixed with guilt. Flynn escorts her on a perilous journey through the forest where, naturally, they encounter all kinds of fun characters, including a bunch of Viking-like toughs who soften (and break into a song reminiscent of former Disney tunesmiths the Sherman brothers) thanks to Rapunzel's charms.

A shining example of all-around family entertainment, Tangled draws you in with its traditional roots and keeps you captivated by its thoroughly modern enchantments. 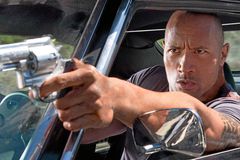 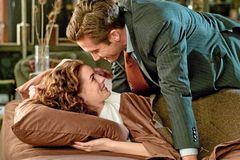