If anybody still doubted the splendour of Technicolor by 1947, Kathleen Byron's lips would have persuaded them.

This is true of the entire film. Co-written and directed by longtime collaborators Michael Powell and Emeric Pressburger, and photographed by esteemed cinematographer Jack Cardiff, Black Narcissus is a masterclass in colour, as sumptuous in its own way as the work of the great masters.

The Technicolor Motion Picture Corporation had been in business for more than 30 years by the time Cardiff and the Archers, as Powell and Pressburger referred to themselves, seized upon the style. In its infancy, the technology was regarded as a novelty, not only expensive and unwieldy to use, but rudimentary in effect, producing only vaguely lifelike colours further warped by projectionists unaccustomed to the format's unusual reels.

It was in the 1930s Technicolor introduced to Hollywood its newly devised "three-strip" process, which improved both the look and stability of its colour film – and with this leap it was possible to shoot in colour with some degree of sophistication. Soon arrived the true Technicolor marvels: the verdant sprawl of The Adventures of Robin Hood, the emerald skylines and ruby shoes of The Wizard of Oz, the flames of Gone with the Wind. These films dispelled colour's reputation as a mere curiosity. They proved it would endure.

A Matter of Life and Death, from 1946, was not the first film the Archers shot in Technicolor, but it is the one most self-conscious about the format's application. (Thelma Schoonmaker, respected editor and Powell's widow, called Technicolor one of the film's central characters.)

The film tells the story of Peter Carter (David Niven), a pilot for the British Royal Air Force forced to jump from his plane without a parachute after a bungled mission over Germany toward the end of the Second World War. Carter finds, much to his surprise, that the fall hasn't killed him, as it almost certainly should have; it turns out that the spectral emissary commissioned to whisk Carter to the afterlife lost our man in a pea soup fog, leaving him suspended between life and death.

The Archers, alongside Cardiff, divide the two planes strangely: The world as we know it is full colour, vivid and striking, while the mysterious hereafter is relegated to black and white. They have fun with the distinction. An angel of sorts, materializing in the realm of the living, looks around and sighs: "One is starved for Technicolor up there."

Colour, in A Matter of Life and Death, may have been the palette of earth rather than of the fantasy of the afterlife, but their embrace of the spectrum was far from naturalistic. Essential to Powell and Pressburger's Technicolor panache was their affinity for its extremes: They pushed colour away from realism toward extravagance.

In the Archers' hands, the world itself takes on the proportions of a dream: Scale models and enormous matte paintings brought the Himalayas to glorious life on an English soundstage, more striking in its artifice than the real thing. It brings to mind Michelangelo Antonioni's description of Mark Rothko as "painted anxiety": The contempt and jealousy coursing through the drama seem to bleed into the look of the film. It's as if emotion is saturating the colour.

"No artist believes in escapism," Powell and Pressburger declared in their so-called Archers Manifesto. "And we secretly believe that no audience does. We have proved, at any rate, that they will pay to see the truth, for other reasons than her nakedness."

It's that commitment that so distinguishes their work. A Matter of Life and Death and Black Narcissus – no less than The Red Shoes, the next film they made and another Technicolor exemplar screening at the Lightbox as part of the same series – verge on fantasy, imagining the world in more extraordinary terms than those on which we meet it every day. But the fantasy is grounded in truth: in emotional truths and psychological truths, truths about the way things work for real.

The Archers reveal the world to us by amplifying it, by making everything a screaming, dazzling, full-colour marvel. Their approach to form in these films was like their worldview: Nothing was black and white.

Dreaming in Technicolor runs through Aug. 13 at the TIFF Bell Lightbox in Toronto.

TIFF’s Summer In Italy offers a cinematic look at La Dolce Vita
May 15, 2018 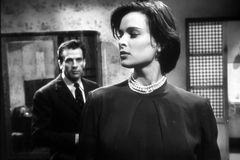 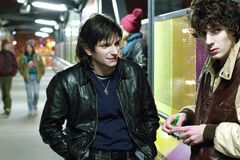 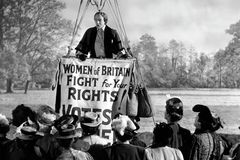