What a relief to see that the quaint old word "culture" has been revived at Telefilm Canada. The word all but disappeared from the federal film agency's public statements in the last decade, when the rallying cry was "gross box office," a.k.a. bums in seats.

The previous system, started in the early 2000s, was all about rewarding commercial performance. If a filmmaker could make enough at the box office, financing for his or her next film would come that much easier. This was during a period when Telefilm was doing a lot of political posturing, asserting that Canadian films would soon achieve an arbitrary 5 per cent of the country's overall box office.

The result was a wrong turn that Canadians have been dealing with ever since, a downgrading of filmmakers with artistic ambitions, and too much attention to derivative, unsuccessful movies such as Men with Brooms, Mambo Italiano, Intern Academy, Going the Distance and Foolproof.

The noise started to quiet down when Telefilm head Richard Stursberg left to work for the CBC in 2004, but the recovery has been gradual ever since.

In the last year, Telefilm statements have gradually started sounding sane again, leading up to Wednesday's announcement of its new "Success Index." The new performance measure, which will determine which filmmakers get future funding, is based on a rating that is 60 per cent commercial, 30 per cent cultural and 10 per cent.

The new plan to give less weight to Canadian box office is just common sense. Most movies lose money theatrically, but recoup profits from DVDs, broadcast and video-on-demand sales and marketing tie-ins.

As well, Canadian theatrical box office doesn't necessarily reflect either quality or profitability, and often risks putting too many eggs in one basket. Ingrid Veninger's $20,000 film Only turned a profit; Paul Gross's $20-million dollar Passchendaele, though it earned $4.5-million at the box office in 2009, did not. Other Canadian-subsidized films, such as Blindness, have performed much better outside our borders than at home.

Even more promising is the news that the "success index" gives 30 per cent weight to cultural criteria, including international festival recognition. Since its beginnings back in 1967, as the Canadian Film Development Agency, the organization has had a split personality between its mandate to subsidize a film industry and the less quantifiable challenge of supporting Canadian film culture. The cultural priority should be clear. As the late Canada Council head Mavor Moore used to say, "There's no excuse for losing money on crap."

Canada isn't Hollywood, and if a Canadian filmmaker really wants to go head to head with the American studio films, the place to do that is in Los Angeles. American academic David L. Pike argued that seven of the top 50 highest-grossing films of all time in the United States can be "straightforwardly defined as Canadian: starring Canadian-born actors (Jim Carrey, Mike Myers, Dan Aykroyd, Rick Moranis, Nia Vardalos) or featuring Canadian-born directors (Ivan Reitman, James Cameron)." That was written in 2007, before Cameron's Avatar became the biggest movie in history.

For those who stay at home, the game is different. To put it in perspective, the entire $100-million feature-film budget of Telefilm equals the cost of just one Hollywood movie – five years ago. (That was the last time the Motion Picture Association of America released the average-cost figure; production was $65-million with another $34.5-million for print and advertising costs.) Nor is our film industry anywhere close to being commercially sustainable. Canadian films typically get 50 to 75 per cent of their budgets from public funds.

These are not necessarily bad things creatively. In spirit and budget, Canadian film is similar to the alternative indie American films that show at the Sundance Film Festival. Such films can afford to take risks and reach niche audiences around the world. That was often the case with Canadian films in the nineties. With directors such as Atom Egoyan, David Cronenberg, Deepa Mehta, Denys Arcand, Lynne Stopkewich and Robert Lepage, Canadian film began to develop an international reputation for its daring.

Under the glare of the world's most powerful movie-promotion machine, it's a challenge for Canadian films to get noticed. But separating commercial and artistic ambitions was never a smart solution. Canadian film's best hope as a brand is to provide smart counter-programming to mainstream movies, both at home and in the rest of the world. Respecting film as culture isn't just the right thing to do, it also makes marketing sense.

Shame A success at major festivals through the fall, Shame is British artist-turned-filmmaker Steve McQueen's follow-up to his acclaimed Hunger. It stars Michael Fassbender as a New York man compelled by his sex drive. When his troubled sister (Carey Mulligan) moves in with him, his world falls apart.

Tomboy French director Céline Sciamma's film follows an androgynous 10-year-old girl who passes herself off as boy. She joins a gang of other boys and starts an adolescent romance with a female neighbour. For added complication, she has a little sister who might spill her secret.

My Perestroika The political meets the personal in an unusual way in Robin Hessman's documentary about the generation that grew up in the last decades of the Soviet empire. A festival hit, the film uses archival footage, interviews with friends and home movies to show how five people have changed.

Telefilm creates new measure for success of Canadian films
May 8, 2018 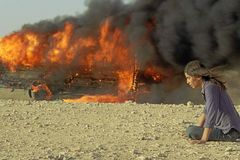 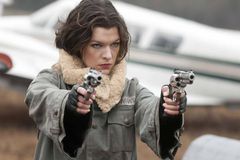 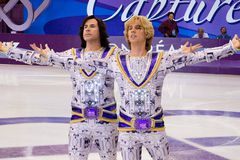