Some filmmakers might be leery of joining a franchise midstream, but Alan Taylor has taken the leap twice. The 55-year-old director, best known for his small-screen work on The Sopranos and Game of Thrones, made Thor 2 in 2013, and then chose Terminator Genisys, the fourth sequel in the series, as his followup. Over the phone from New York, the Ottawa-raised and University of Toronto-educated Taylor spoke with The Globe about the machinery it takes to build a blockbuster.

What is it like going into a franchise already in progress?

It's funny: Before I had my blockbuster adventures, I was doing bigger and bigger TV things, so it's not that different a craft. On Game of Thrones, it's a property that's already big, on the move, and you're just trying not to screw it up. You want to lift the bar, if you can, but it's about stepping in and trying to learn the appropriate language. It felt like a logical progression to move to a studio like Marvel.

It seems like a brand that's already on the move is a good opportunity to get your feet wet in big studio filmmaking.

Credit to [Marvel Studios president] Kevin Feige: He's very good at pulling people in, and you can very much feel the fingerprints of the directors. But it is a machine that is going to roll on through the Marvel process.

In previous interviews, you've said your experience on Thor 2 was difficult, working with that Marvel machine.

The experience is different in different cases. Some guys have sailed through it happily. It was interesting when Joss [Whedon] came out recently and said some honest and candid things about his experience. It's a unique factory – I've been quoted on this subject before and it's almost always gone viral, so you have to be careful how one words things.

How did it contrast, then, with working on a franchise like Terminator, which has been dormant for six years, much longer than any Marvel property?

Yeah, it's been dormant and the last iterations were not embraced widely, and in a way that's liberating because you're free to take things in a different direction. But it's also intimidating because you've just seen how hostile an environment can be when stepping into something like this. In hindsight, I underestimated just how radioactive the circumstances were, with the combination of James Cameron's two movies being so revered and protected, and the later ones being the source of very mixed feelings. It's a fan base that's very wary.

There's no shortness about the vocalness, yes. But I appreciate that. On Game of Thrones or Thor, you're in a dialogue with your fan base, and that can be useful, it can be encouraging and guiding at times. But they can also get hilariously mean about things.

How do you deal with that online vitriol?

I'm still learning. It's been crappy and personal, and the unfortunate thing about the Internet is that people talk like this because, you know, you can't punch them in the nose. You can let go of it, though. I'm surprised and gratified that even when one person says something mean, there's six people lining up who tell them to cut it out. There's a certain degree of decency.

What are your thoughts on the marketing of the new movie? Ads have revealed a big twist in the film.

I should start by saying that I completely understand the thinking behind the marketing department. They're confronting this wary fan base, so they made the decision that they had to do something qualitative to send a message that this Terminator is not a reboot of the Cameron movies, this is going to be new territory. But as a filmmaker, it was a drag, because the scene in question had been written and directed so the audience could decipher it on the fly. But marketing is an insecure art I haven't studied or mastered, and they know about it more than I do.

Genisys has a postcredits scene at the end, which has become very popular through the Marvel movies. What are your feelings on it?

That was always going to be there, and it was shaped and decided before I turned up. It wasn't as much a surprise as the one I had on Thor 2. It's the gesture toward sequels, but when I was making this one, I wasn't thinking sequels, just this movie. To me, well, this is at the end of our movie, where it looks like things have worked out remarkably well for a Terminator film. This was just casting a shadow over that, by saying nothing is definite. There's always a shadow hanging over things in the Terminator world. 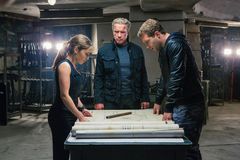 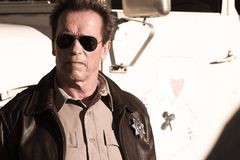 Film Review
Escape Plan: A Stallone and Schwarzenegger flick in 2013 is as old-school as it sounds
October 18, 2013 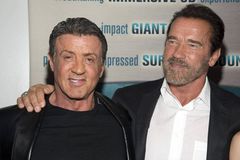