At first, it did not seem that the Dude would abide. If anything, he appeared to be dead in the water.

When The Big Lebowski opened 15 years ago – in March, 1998 – it was met with considerable critical indifference. Coming three years after Fargo, the eccentric crime comedy that vaulted filmmakers Joel and Ethan Coen from the ranks of indie darlings to the status of made Hollywood players, this high-irony riff on Raymond Chandlerian murder-mystery murkiness struck many viewers as either incoherent or unfunny – or often both – and it summarily sank from theatrical visibility in a matter of weeks.

But it was 1998, and if ever the timing was good for a cult movie to rise from the new media of DVD and the nascent Internet, this was it. Within two years of its release, The Big Lebowski was shaping up as the first big cult sensation of the new century. Discussion groups and fan clubs abounded, ad hoc screenings of intemperately enthusiastic acolytes morphed into full-fledged Lebowski Fest conventions, dialogue became gospel, and The Big Lebowski retroactively took its place as possibly the most avidly loved Coen brothers movie of them all. And so, this decade and a half later, it remains, its canonical status only made more secure by the rise of the Brothers Coen to the big leagues of prestige international moviemakers, the kind of Jewish guys whose latest movie opens on the holiest of Christian holidays, are routinely nominated for Oscars and are currently being reverentially retrospected at the TIFF Cinematheque. Titled Joel & Ethan Coen: Tall Tales, the series is a 10-title package that tracks the Minnesotan siblings' career from the comic neo-noir Blood Simple (which premiered at the 1984 Toronto International Film Festival, to be screened Dec. 1) through such bold genre reconfigurations as Miller's Crossing (Nov. 29) and Barton Fink (Dec. 6) to the latter-day post-Oscar exercises A Serious Man (Dec. 17) and True Grit (Dec. 20). Lebowski screens Dec. 13, and the Coens' new movie, the vintage New York folk-scene-set Inside Llewyn Davis, opens at the TIFF Bell Lightbox on Dec. 25.

Cult movies are curious things. While some rise instantly to popularity, and sometimes so much popularity (think Star Wars, The Matrix or even The Hunger Games) that they strain the very concept of cult, others – like Night of the Living Dead, The Rocky Horror Picture Show, Repo Man, Showgirls, The Boondock Saints – are recovered from the pop-cultural recycling bins like abandoned orphans. At first loved only by a select family, they are passed among the faithful as the faith itself spreads, and the next thing you know the whole world seems to be doing The Time Warp again. (And again and again.) Because that's the other defining characteristic of an enduring cult classic: It must be endlessly watchable.

The Big Lebowski is endlessly watchable for the very reason it sailed so quickly into first-release oblivion: It's a densely packed, perversely hermetic screwball-noir comedy, a movie that exists and unfolds so uncompromisingly according to its own rules and logic that the only way to appreciate it is by adapting. It's got to be experienced on its terms or none at all, and that – like any orientation to a hard-core subcultural experience – takes a little time and work. When I first saw it I thought it was sort of funny but finally formless. Then, years later, I saw it again, and it was like watching an entirely different movie. I'd missed the point as surely as Steve Buscemi's Donny missed a strike in the movie's bowling alley.

Confusion is its medium, in other words, and bafflement its most common currency. As the terminally toasted, bathrobe-wearing anti-hero, Jeff Bridges spends most of the movie struggling just to finish his sentences, let alone understand what's going on. As a movie, the L.A.-rooted Lebowski is designed for high-velocity incoherence and sheer balls-to-the-wall weirdness, all of which is only made more funny by the fact that everybody but the Dude himself seems so certain in their wing-nut lunacy. Which brings us to another influence on this most strenuously oddball of contemporary American movies, a connection hinted at by a character named Bunny, a mirror in which Bridges sees himself framed on a bogus Time cover and a certain severed body part: Lebowski is also a Lewis Carroll riff in which Alice is reconstituted as a slacker hippie throwback who falls down the rabbit hole of his own red-eyed obliviousness. Of course the Dude abides. Nothing adapts like a holy fool.

If there's a single thing that accounts for the Coens' own abiding – next year marks their 30th in the movie biz – it's the overwhelming fact of their stubborn singularity as personal artists at a time when American movies have become increasingly impersonal, corporate, franchised and distraction-prone. They are among the only moviemakers of their mid-eighties generation to not only prevail, but sustain their so-called indie orientation even as prestige set in and everything around them drifted further into the comic-book cosmos. It could be that, like the incomparable Dude, they abide simply because they can't adapt, which would make The Big Lebowski much more than just a wickedly funny take on all-American idiocy – it would qualify as the most personal movie Joel and Ethan Coen have yet made.

Coen brothers’ brand of humour on full display at Cannes
May 19, 2013 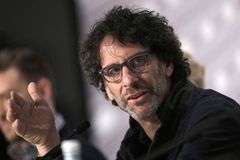 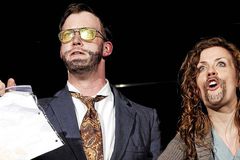 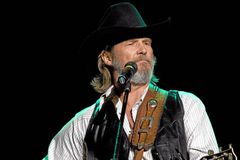 Coens coast into festival spotlight
August 30, 2008
The Coens' quirky brother act
October 10, 2003
Follow us on Twitter @globearts Opens in a new window
Report an error Editorial code of conduct
Due to technical reasons, we have temporarily removed commenting from our articles. We hope to have this fixed soon. Thank you for your patience. If you are looking to give feedback on our new site, please send it along to feedback@globeandmail.com. If you want to write a letter to the editor, please forward to letters@globeandmail.com.
Comments