They both like to dress up, spin fictions and keep their unsavoury behaviour out of the headlines: No wonder the CIA and Hollywood are such a natural couple, though they've only recently stepped into the limelight together.

Two of the more prominent films in Oscar contention celebrate the triumphs of the Central Intelligence Agency: Zero Dark Thirty (Kathryn Bigelow's film about the decade-long hunt for Osama bin Laden) and Argo (Ben Affleck's film about the freeing of six hostages sheltered by the Canadian embassy in Iran). Both directors have been effusive in their praise for the bravery and dedication of the agency. The third sighting is the hit TV show Homeland, starring Claire Danes as a bipolar CIA agent, fighting al-Qaeda with her brilliant intuitions.

All of these productions have had CIA assistance creating their scripts (in the case of Zero Dark Thirty, controversially so). And the stories have a common thread: They tell tales of flawed, emotionally intuitive human beings, who are sometimes insubordinate to their cautious, by-the-books overseers because they care so much about American lives.

The soft-propaganda program, marching in lockstep with a gunfight against terrorism, has changed our perception of the agency. A new stereotype has emerged: The CIA is neither an idiot nor a sinister killer, and its agents are no longer thin-lipped Machiavellian spooks, pulling the strings of international intrigue. They are struggling and intuitive men and women, making the personal sacrifices to fight the war on the shape-shifting monster called terrorism.

The typically reticent CIA showed up relatively late to the Hollywood party, in the 1990s. The Federal Bureau of Investigation had been managing its image in popular media since the 1930s (1936's G-Men, and the TV series The F.B.I.) , and the Department of Defence started Hollywood outreach in 1947, with the Pentagon offering support to such rah-rah films as Patton, Top Gun and Pearl Harbor.

But the post-Cold War period was a tough time for the CIA, which was undergoing downsizing, criticism from Congress and questions about its competency. Hollywood had not been traditional ally. Films from Three Days of the Condor (1975) to JFK (1991) typically showed the agency as either sinister, incompetent or both. Professor Tricia Jenkins, author of The CIA in Hollywood: How the Agency Shapes Film and Television (2012), categorized the negative stereotypes into three categories, "rogues, assassins and buffoons."

In 1996, the CIA appointed its first Hollywood liaison officer, Chase Brandon (a first cousin to Tommy Lee Jones), to turn that image around. What could the agency offer? Not tanks and fighter jets like the Pentagon. But they could provide script advice, access to real spies, story ideas and an aura of authenticity. The agency started consulting on movies such as Enemy of the State (1998), The Sum of All Fears (2002) and The Recruit (2003) and television shows such as The Agency, Alias and 24 (in the fall of 2001, coincident with the 9/11 attacks).

The movie-friendly approach worked. Even in the wake of intelligence failures of 9/11 and the weapons of mass destruction in Iraq, the controversies over renditions and waterboarding, the agency's representation on film and television has generally been more positive.

The CIA does not have final say over the final film, but the agency won't help filmmakers if it finds a script unflattering, as in the cases of Spy Game (2001) or The Bourne Identity (2002). The benefits aren't just about sending a message of competence, ingenuity and intimidating technology ("Terrorists watch TV, too," Brandon told one producer). TV shows and movies are also regarded as recruitment tools, especially as the agency, which was criticized in the 9/11 Commission Report for a lack of diversity, reaches out to women and minorities: Jennifer Garner, star of Alias, and later Ben Affleck's wife, did a recruitment video for the agency in 2004, which was posted on the CIA website and used at college employment fairs.

Of course, not all spy movies are officially approved. Retired CIA agents are also consulted on movies that cast the agency in a bad light, such as 2005's Syriana, based on former agent Robert Baer's memoir, See No Evil. Another retired agent, Milton Bearden, was a key player in The Good Shepherd, an unflattering history of the agency from its inception to the failure of the Bay of Pigs.

The agency doesn't seem to hold grudges, or miss a PR opportunity. George Clooney, who produced and starred in Syriana, also directed Confessions of a Dangerous Mind (2002), based on the memoir of Gong Show host Chuck Barris, who claimed in his memoir that he was an assassin for the CIA. Clooney also starred in The Men Who Stare At Goats (2009), directed by his friend and producing partner, Grant Heslov, about the intelligence community's ridiculous mind-control experiments. Both Clooney and Heslov are in line to win best picture Oscars as producers on Argo, which was given CIA co-operation and access to shoot at the agency's Langley, Va., headquarters.

In The Recruit, Al Pacino tells a young apprentice that the public knows only the CIA's failures, not its successes, but that has changed. Credit the agency with one of the greatest successful stealth missions ever perpetuated on the moviegoing public: It has made the CIA seem human. 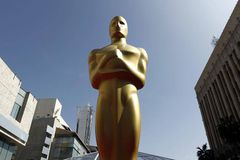 Is Argo really going to nab best picture at the Oscars too?
January 31, 2013 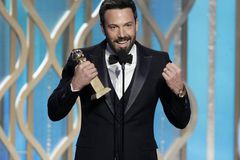 This Oscar-nominated hit is getting the boycott treatment
January 29, 2013 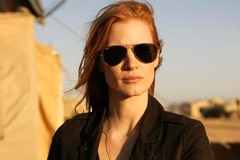 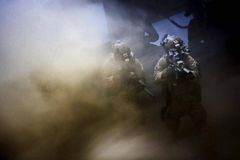